As soon as Percentage Project President and Co-Founder Stephanie Tang first stepped into her AP computer science class, she realized she was the only female student in her grade. The lack of diversity she encountered in computer science didn’t end there — throughout Tang’s college career, she only had one female computer science professor.

Experiences like these encouraged Tang and Director of Outreach and Co-Founder Lucia Huo to fill the gap in quantitative data about underrepresented computer science students in college, prompting them to create the Percentage Project at the University of Pennsylvania in 2018. The organization focuses on data-driven advocacy by collecting “data on college campuses across the country and creating awareness about” underrepresented CS students’ experiences, Tang said. The non-profit has since grown to work with 11 schools across the country, including Brown.

The organization’s Brown Computer Science Survey asks questions about students’ experiences in the classroom and within the University community, as well as broader encounters with biases or microaggressions in the field of computer science, according to Brown’s Percentage Project Campus Director Luna Ito-Fisher ’21.

The survey was sent to Brown students who have taken at least one computer science course, and it received 367 responses this year. The responses were then grouped by gender, year, concentration, race, ethnicity, sexual orientation, first-generation status and socioeconomic status.

“Brown, in general, is a much more progressive school than a lot of other schools and a lot of other CS departments,” Ito-Fisher said. Brown’s gender ratios in computer science are higher relative to those of national levels. According to the University’s Department of Computer Science, last year 39 percent of their computer science graduates were women compared to the 18 percent national average.

But Ito-Fisher believes that there is still more work that can be done, especially considering the lack of diversity among CS faculty. “I’ve had two women professors … so I definitely think faculty representation could be improved,” she said, referring to her undergraduate computer science career. And, according to the Brown Computer Science Survey, representation in faculty has an impact — 70 percent of first-generation, 57 percent of female and 55 percent of non-binary students would feel more comfortable in a class taught by a professor who shares a similar identity.

As a first-generation student, Elizabeth Wang ’21 hopes that the Percentage Project can increase support not just for gender diversity issues but also for background diversity. Wang had never taken a computer science course before Brown and said there was a large discrepancy in student experiences in the field. “It’s a really big difference,” Wang said, when “other people may have had better resources when they were young and (may have) been exposed to CS … before college.”

Ito-Fisher’s team has been working with the Diversity Committee in the University’s computer science department to use the data to create “actionable ways of increasing support for certain demographics” within the department and “turning this into a way for us to track our progress,” Ito-Fisher said.

The CS Department has been engaging critically in conversations about inclusivity. “The biggest progress in my mind is the fact that we are having these conversations … There’s an opportunity for students to share challenges and barriers with faculty and to have their voices heard,” said CS Department Financial and Outreach Coordinator Laura Dobler. “And so I think that these culture shifts have been subtle, but they’ve been really important in terms of creating a more accountable and transparent culture within the CS department.”

Diversity and inclusion advocates in the department are focused on increasing representation of underrepresented minorities in the field, Dobler said. The CS department recently created a student mentorship program for students in the LGBTQIA+ community, and will soon host alums in the tech industry for a panel on “what it’s like to … navigate the tech world as LGBTQIA+,” she added.

The Percentage Project’s goal “has always been to help students reflect on and become aware of the status (and) the climate in their engineering schools,” Huo said.

“It’s really important to have data and actually collect it so that we understand where the disparities are,” Tang added.

Fri Mar 19 , 2021
On the eve of the summit which is to bring together US Secretary of State Antony Blinken and senior Chinese diplomats in Alaska, Washington obviously wanted to send Beijing a clear message of firmness. And decided to pin 24 Chinese officials as part of the sanctions linked to the recent […] 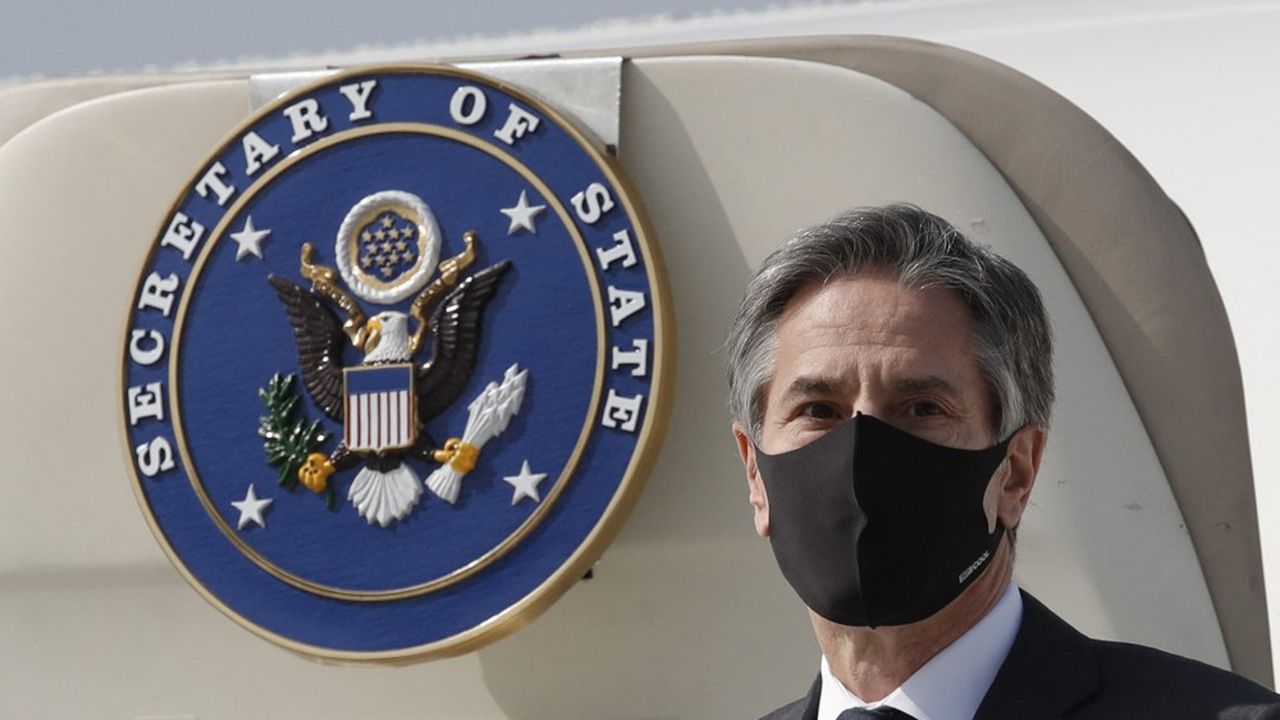