The tradesman was born in the cradle

Pavel Tretyakov came from an old merchant family. The future founder of the main Moscow picture gallery was born in 1832. His father, Mikhail Sakharovich, was a successful merchant who traded in linen goods. 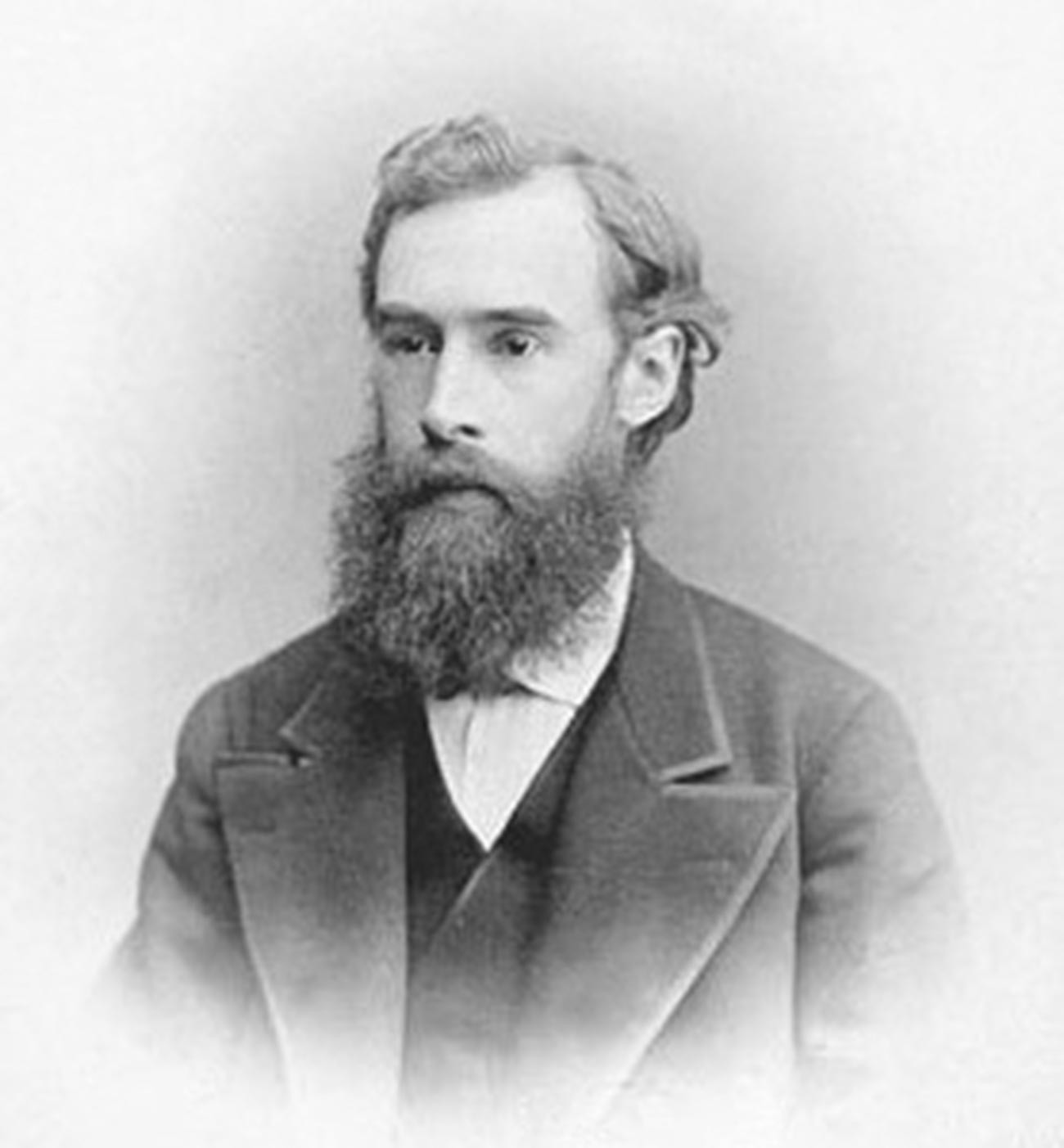 The father included the children in the family business and by the age of 15 Pavel was already working as an accountant for his father. When Tretyakov was just 18 years old, his father died, and he and younger brother Sergei inherited his business and family fortune.

The brothers expanded their father’s company and changed from bourgeois merchants to industrialists – they set up cotton mills. The Tretyakovs bought a house in Samoskvorechye, an area of ​​Moscow south of the river from the Kremlin. Pawel developed an interest in collecting art and soon the first paintings came into the house. 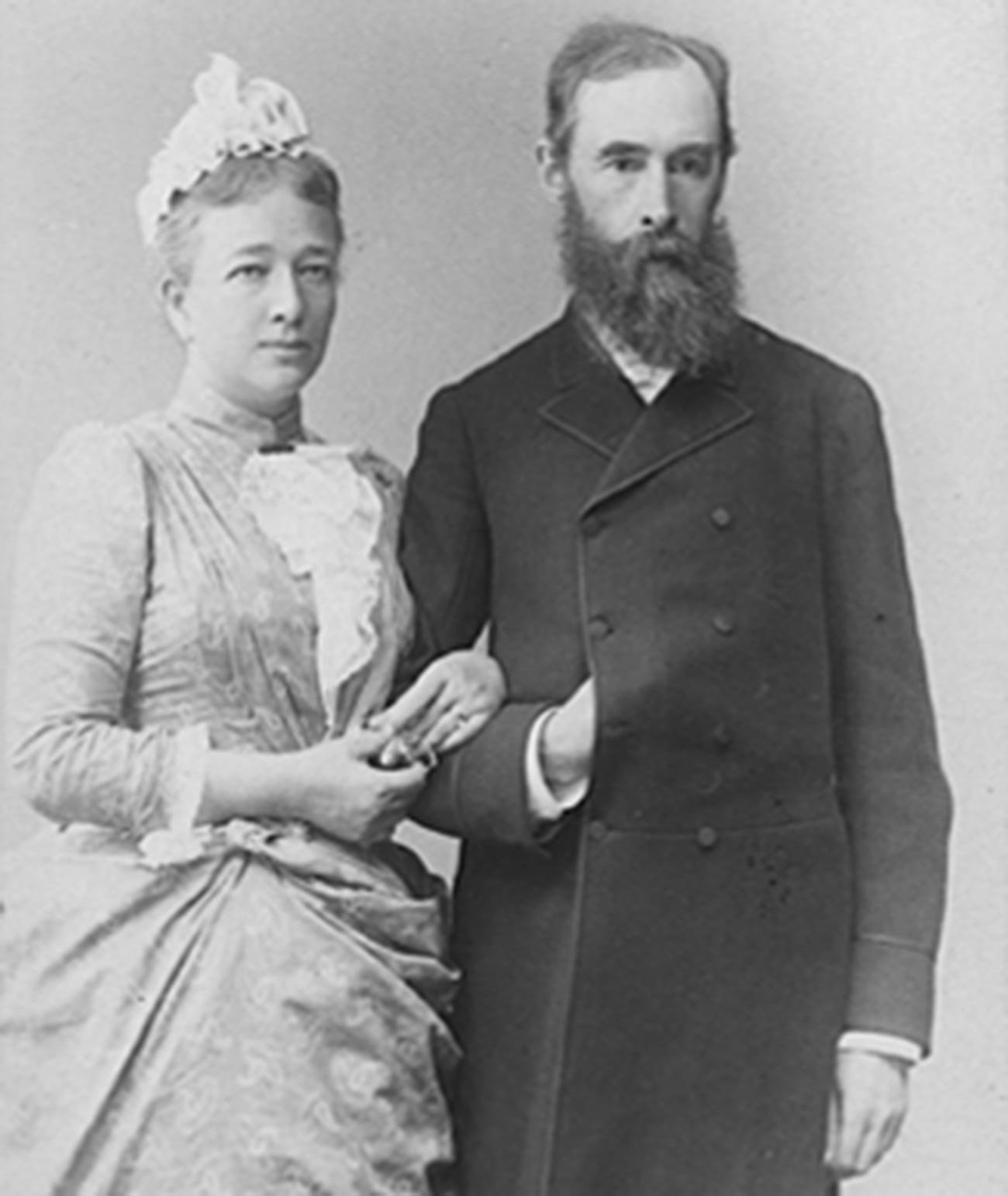 In the middle of the 19th century, wealthy and educated merchants formed a new class. They played an active role in the higher circles of society. They appeared as patrons of the arts and donated to charity.

The Tretyakovs were very sensitive people. They traveled a lot, were art connoisseurs, attended high-profile events and were well known in the circles of musicians, writers and artists. Tretyakov’s daughters married artists, not merchants. His eldest daughter’s husband was a musician. The other daughter married the famous artist Léon Bakst. 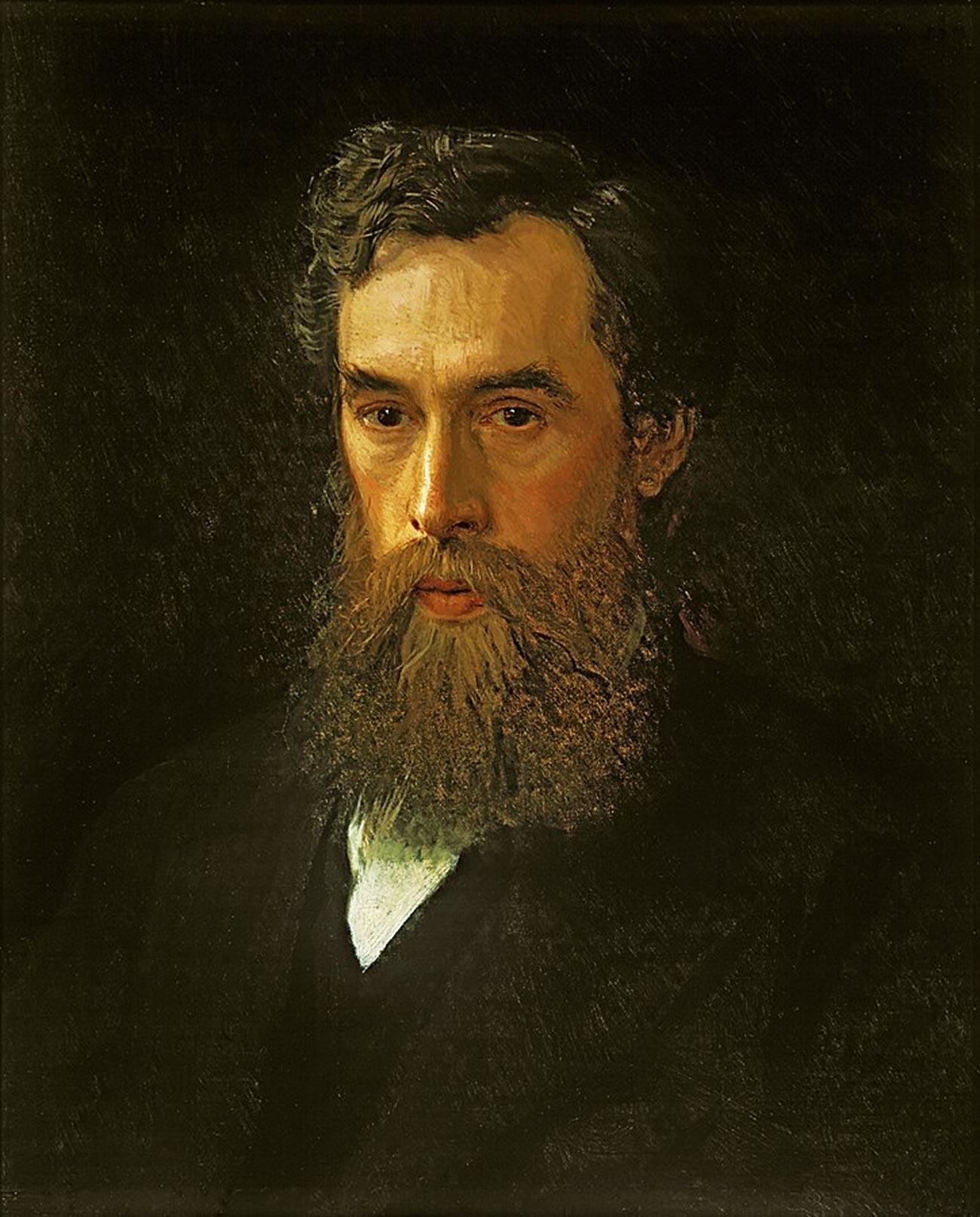 Collecting art was already fashionable and Pawel bought several works by Dutch painters. As a counterbalance to the dominance of Western artists, Tretyakov decided to turn to Russian art and support Russian artists.

Unlike other merchants who bought works of art for their personal collections and hung the masterpieces in their homes, Tretyakov planned from the start that his collection should be open to the public:

“I would like to leave behind a national gallery, a gallery that consists of paintings by Russian artists.”

The first paintings in the Tretyakov House began in 1856, the year the gallery was founded. 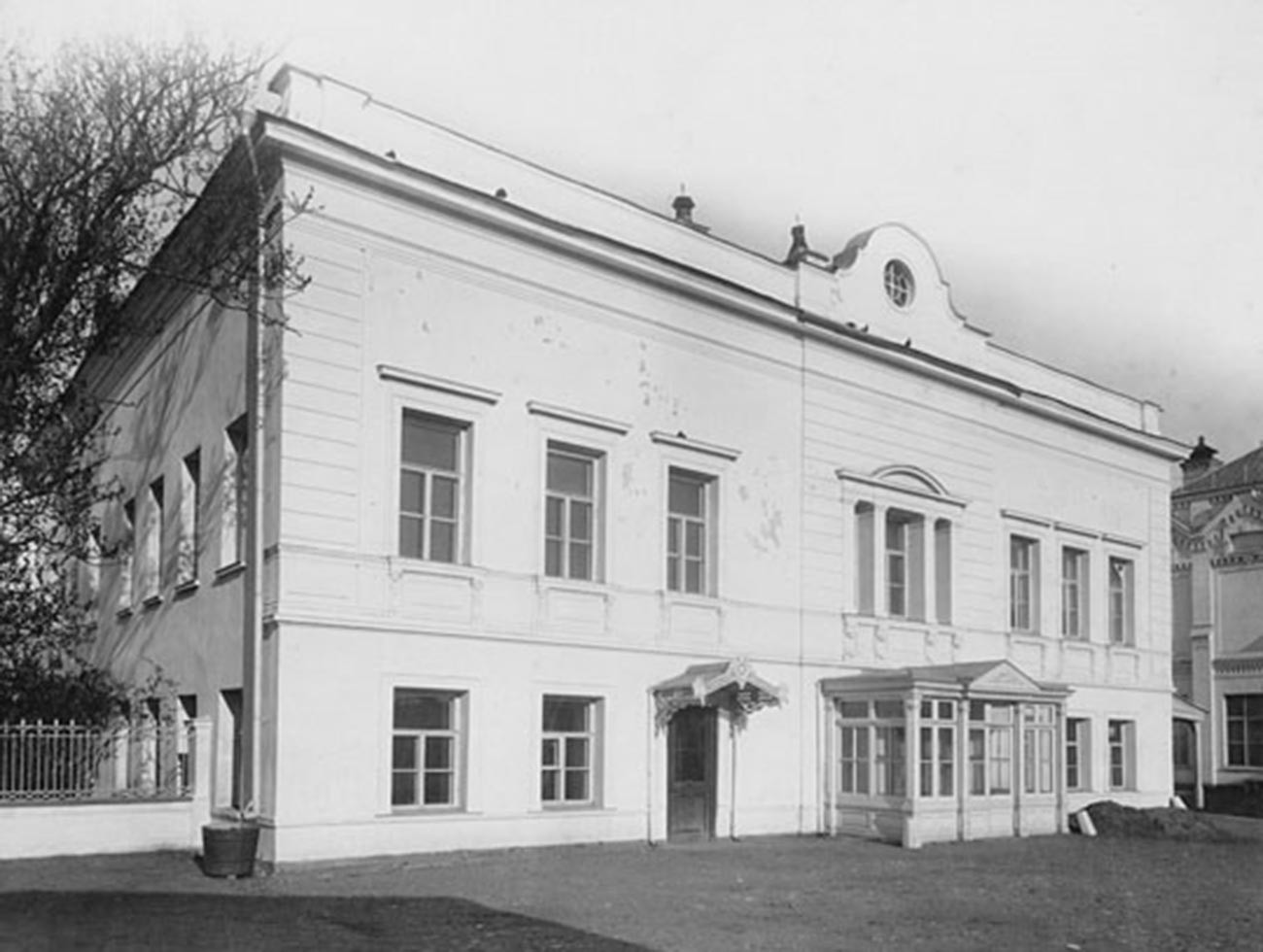 Tretyakov began to buy large numbers of paintings – for example, many works by Vasily Perow, including his masterpiece “Troika” and “Fürstin Tarakanowa” by Konstantin Flawizki. Among the pictures with a Russian theme were many works by the Peredwischniki group of artists: Ivan Shishkin, Nikolai Ge, Archip Kuindschi, Ilya Repin and a host of others. Tretyakov emptied entire rooms to accommodate individual works – for example to make room for Repin’s “Religious Procession in the Kursk Province”. 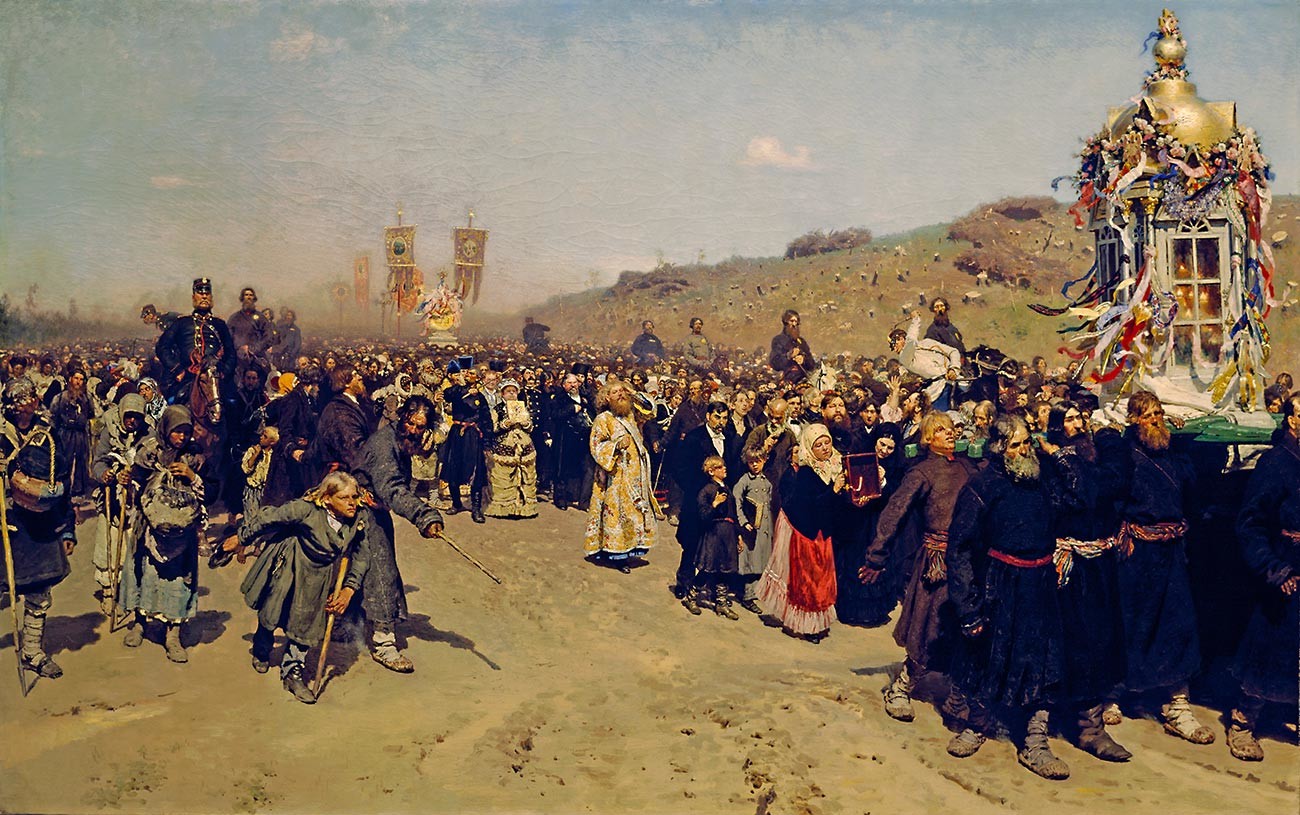 Tretyakov paid Vasily Vereshchagin an enormous sum for 13 pictures and a large number of sketches and drawings from his “Turkestan Series”, which the artist had made on a trip to Central Asia. 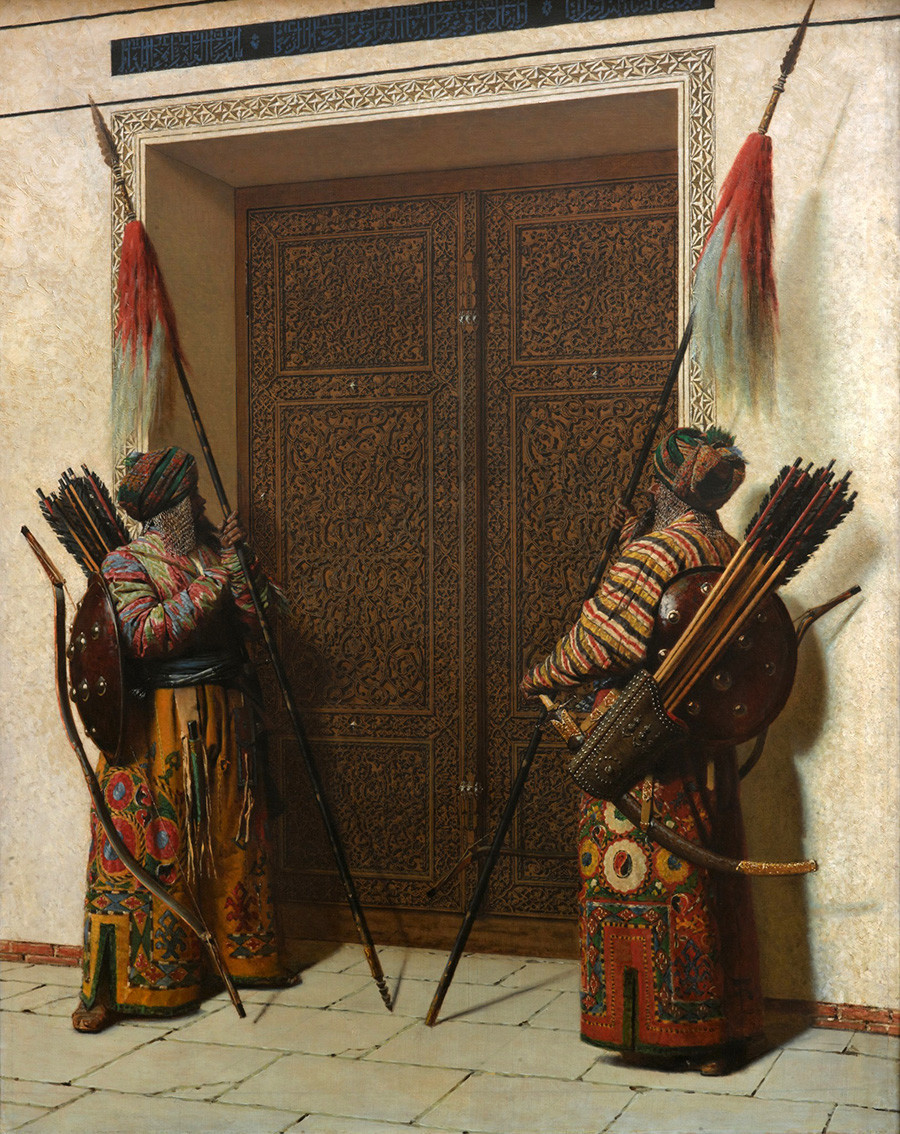 There were stories of how Tretyakov met the Russian Emperor Alexander III. vied for pictures. For example, the emperor came to an exhibition and expressed the wish to buy a particular painting. It often turned out that Tretyakov had come to him beforehand. The works were then to be presented to the emperor in advance, but Tretyakov outmaneuvered the tsar in this respect too – and bought paintings before the exhibitions.

The first visitors came to the Tretyakov House in 1867. The paintings were hung in several specially prepared rooms. At that time the collection already comprised more than a thousand pictures. There were so many that Pavel decided to build a separate building for the gallery. Up to four extensions with several floors were built over the course of 20 years.

A new design for the facade of the gallery

The Tretyakov House is the main building of the Tretyakov Gallery to this day. After the collector’s death, the artist Viktor Vasnetsov drew up a plan for redesigning the facades in a uniform “Russian style”.

In an act of incredible generosity, Pavel Tretyakov donated the gallery and its entire priceless collection of pictures to the city of Moscow in 1892. For this gesture, he was awarded the title of honorary citizen of the city. 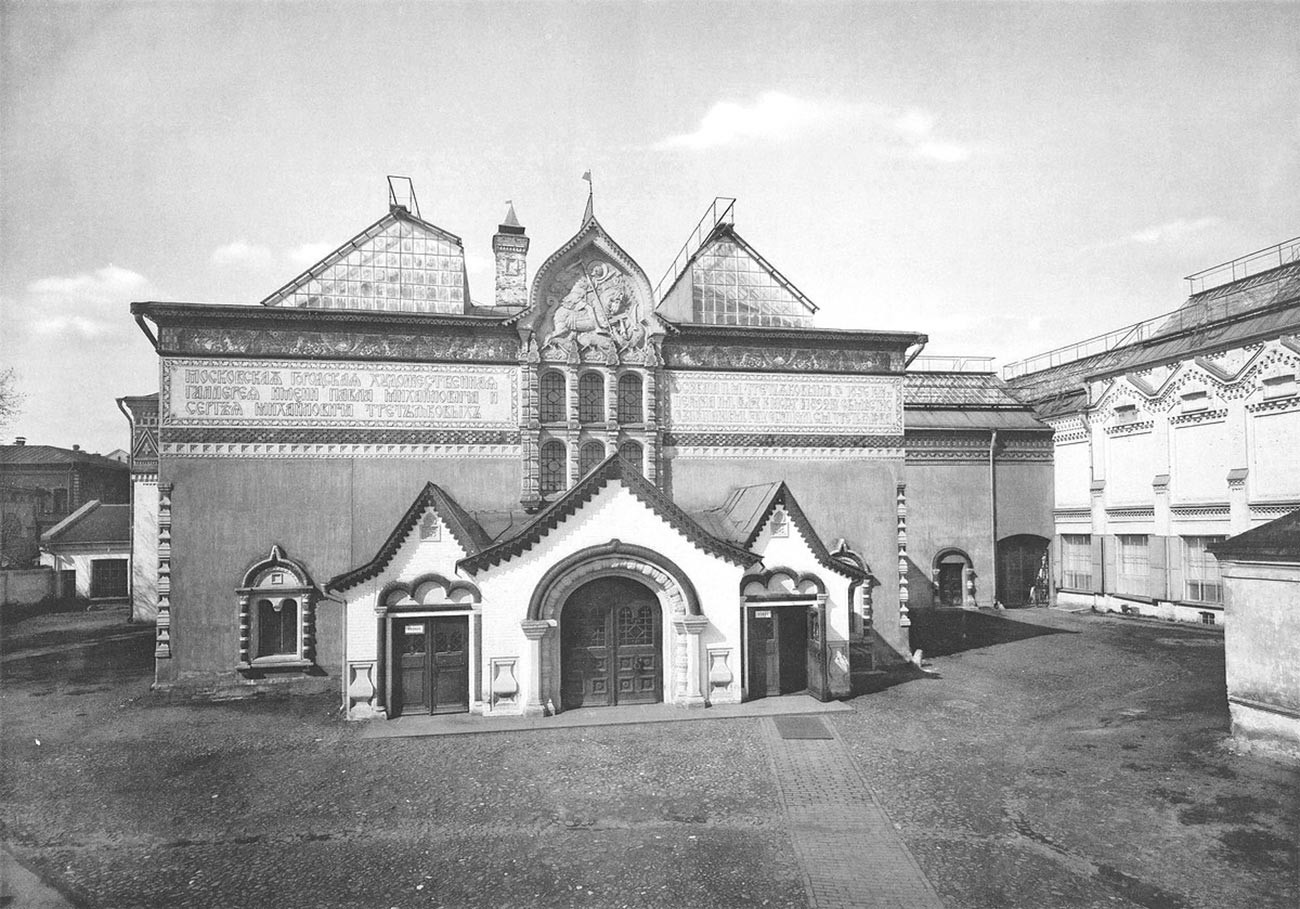 Pawel did not see himself as the exclusive patron of the arts. He just wanted to do anything to be useful to society. In addition to collecting art and supporting Russian artists, he campaigned for the good of the community. 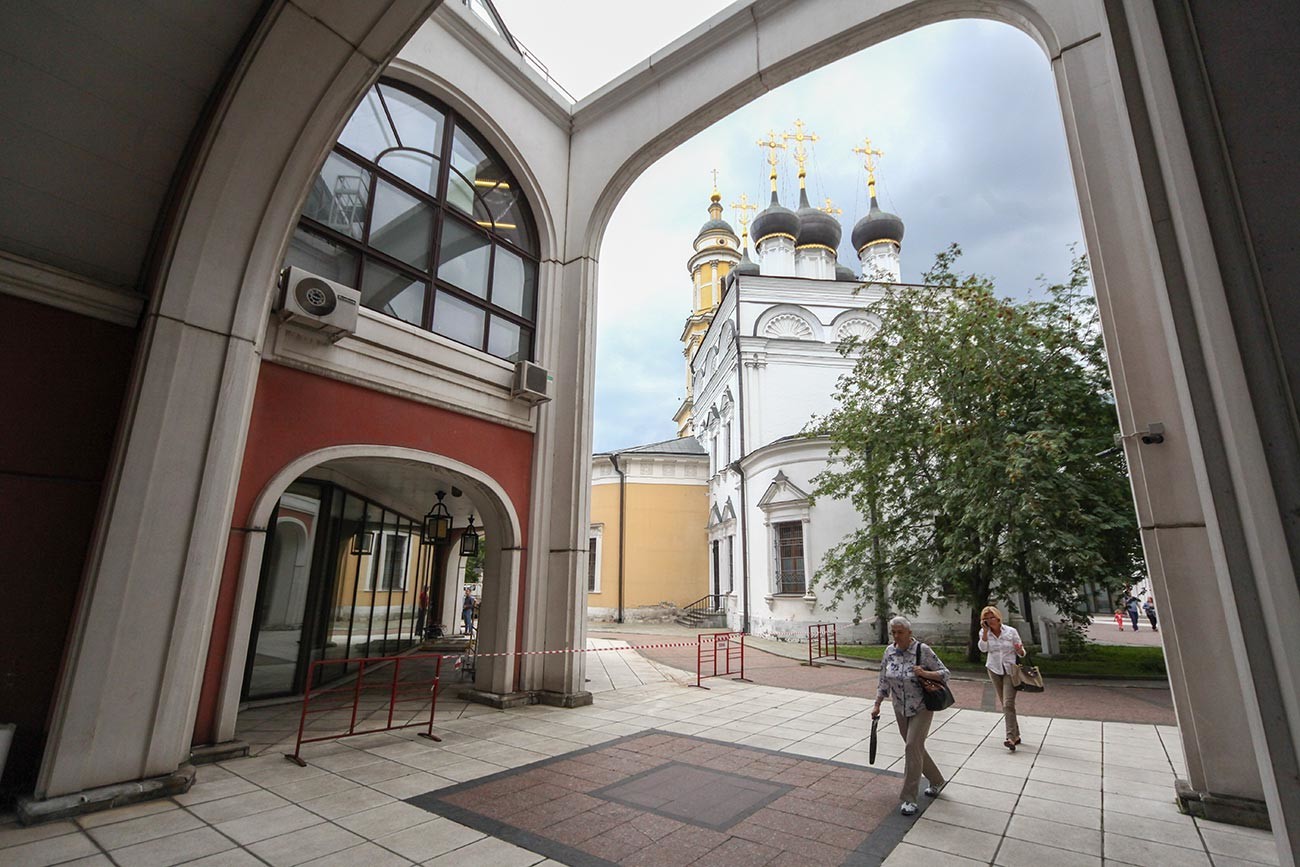 The courtyard of the gallery

“Since my earliest childhood, my idea has been to return the money I made from society to society (the people) through useful investments,” Tretyakov wrote. He supported scientists and scientific organizations and also gave money to support expeditions. For example, he invested a lot of money in Nikolay Miklucho-Maklai’s expedition to New Guinea. 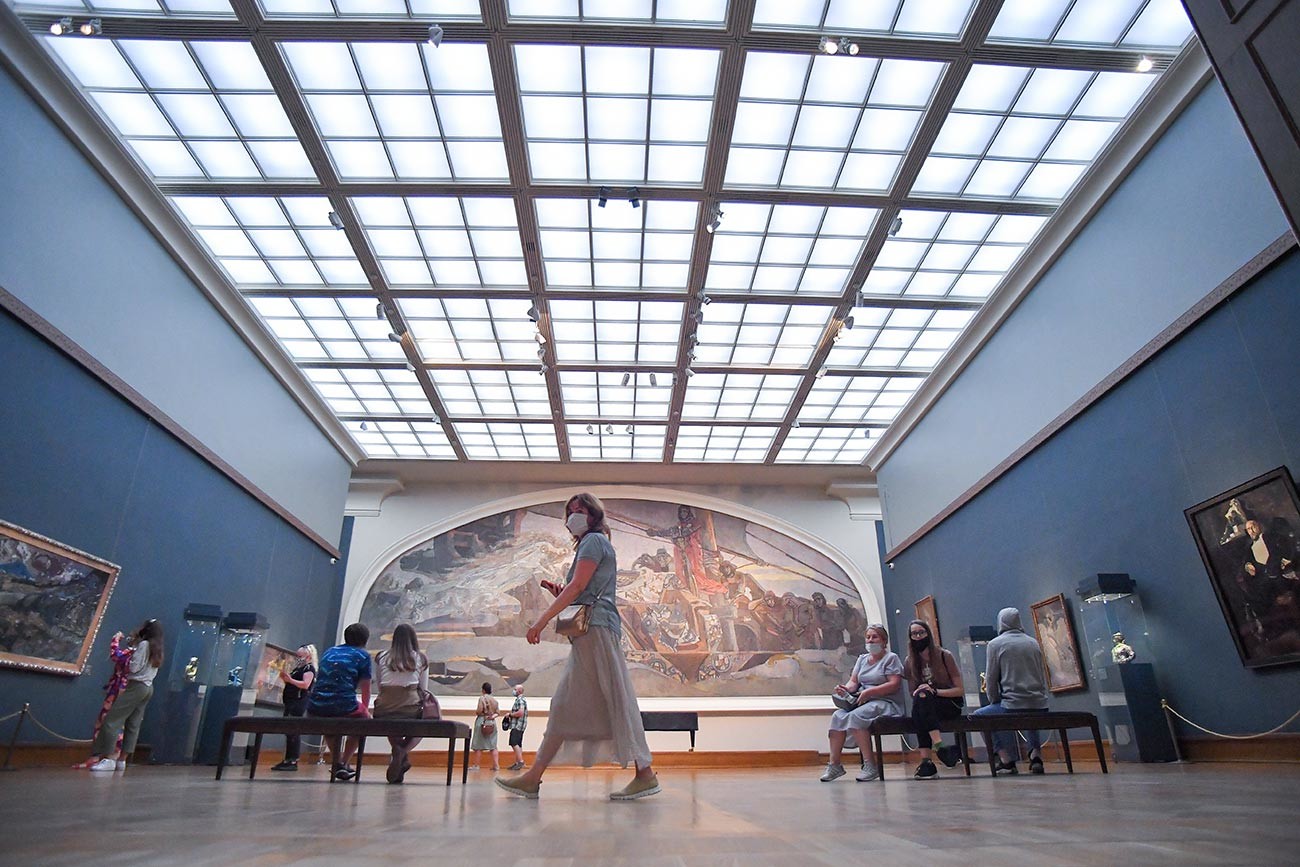 The birth of a disabled son was a source of real grief in the Tretyakov family. He did what he could to support medicine. He became trustee of a society for deaf and dumb children and opened a clinic for the seriously ill with a psychiatric department.

Fri May 21 , 2021
Even in today’s hot real estate market, giving your home a touch-up before you list can help boost its selling price, according to experts — as long as you pick projects that offer the right bang for your buck. Buyers flocking to take advantage of low interest rates have created […] 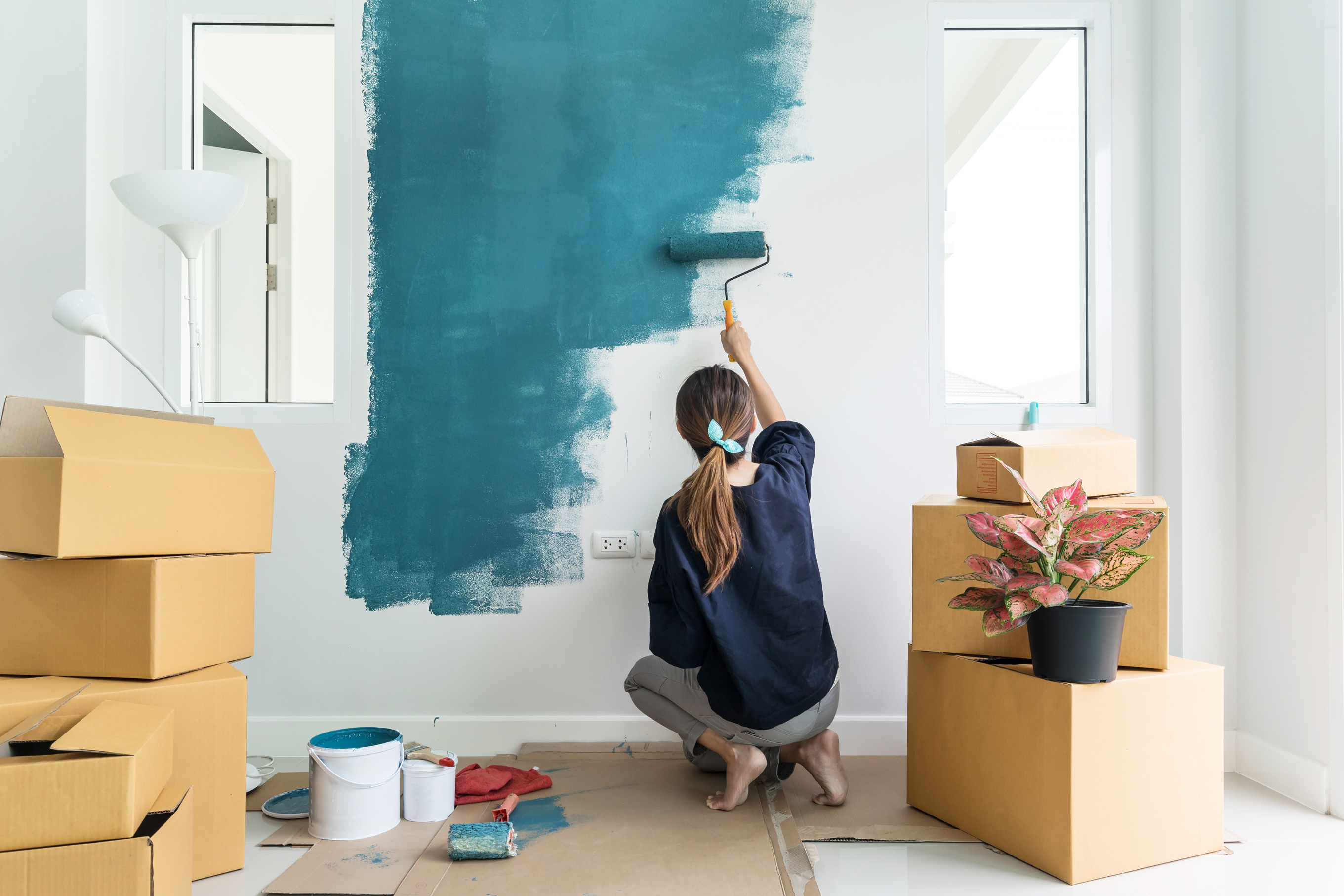