But now that its contract with the multimedia conglomerate is set to expire June 30, there are lots of moving parts and players vying behind the scenes for the business and no definitive signals on which way Nebraska will go.

At stake is a contract that currently brings in a minimum guarantee of $13.55 million a year in broadcasting rights, plus additional revenue sharing from advertising sponsorships, stadium signage, program ads, sponsorships of coaches’ programs, and more. A decision is expected soon.

With the pandemic smothering athletic department finances, even a sports program as financially sound as Nebraska’s needs every additional dollar it can generate to its operating checkbook.

There is no shortage of suitors big and small, and in a surprising twist, HuskerOnline has confirmed that the athletic department is strongly considering another option — eliminating the third party and taking the entire multimedia and advertising operation fully in-house.

While declining to divulge details of contract negotiations, senior deputy athletic director Garrett Klassy acknowledged in a statement that Nebraska was “actively engaged in discussions about our multimedia and marketing rights moving forward.”

“With the university’s current contract with Learfield/IMG expiring at the end of the current fiscal year, this is a priority for our administration in the coming weeks,” Klassy’s statement said. “Nebraska remains a great brand in college athletics with the nation’s most passionate fan base, and we are confident we will continue to have one of the nation’s most comprehensive multimedia rights packages well into the future.”

HuskerOnline interviewed several sports multimedia and marketing experts to get a sense of the industry’s changing landscape, and what that means for Nebraska’s contract talks. However, most of the companies believed to be at the negotiating table declined to comment.

Based on what was gleaned from those interviews, here’s a rundown of Nebraska’s options:

Go in house? While this is not the traditional path followed by schools, HuskerOnline has confirmed this scenario is being strongly considered.

If it plays out, it means the athletic department would be taking on additional staffing manpower and expenses along with new contracts that would need to be drawn up with broadcasting and marketing partners. That will take plenty of lead time.

Going fully in-house would also mean that Nebraska must feel its multimedia rights are undervalued and that the athletic department believes it could generate more income by taking over the operation.

“I’ve always believed that universities only take these marketing rights in house if they believe they are being undervalued by third parties,” one source said. “That has never been the case with Nebraska. From the radio deal to stadium signs, people have always bid big to get the Nebraska property.”

However, the source said, taking on the additional work would be an interesting strategic move especially if it means bundling marketing rights beyond sports to include other aspects of the university and other business development projects.

“The one area that might be intriguing is to bundle development, tickets, suite sales and club seats with the marketing rights,” the source said. “In that model, all of the external revenue sources are centralized under one roof.”

To reach that point, the athletic department would have to determine that investing in the infrastructure to market the media rights, stadium signs, the logos, the website, and more would “return a greater amount than leasing the rights to a third party,” the source said. “At the moment, the (department’s) cost of sales on the marketing rights is zero.”

Stick with Learfield IMG, which was financially shaken when the pandemic cut a wide swath through college sports seasons?

The company’s partnership with Nebraska dates to at least to 2008 when the athletic department — under the watch of Tom Osborne — signed a 13-year, $112.5 million contract, making it then one of the largest contracts of its kind on the college level.

The contract also contained an added benefit — a clause that allowed Nebraska to renegotiate the deal. Nebraska took full advantage of that stipulation in 2014. That deal, negotiated by then-athletic director Shawn Eichorst, increased guaranteed payments to the university from $50.5 million to $72 million over the remaining six-plus years of the agreement,

Multiple sources said Nebraska is not dissatisfied with its Learfield IMG partnership. Rather a change in direction might be driving negotiations because “of someone else who has come in with a better offer,” the source said.

David Witty, a Learfield IMG general manager who oversees the Nebraska partnership, declined to comment on the contract negotiations. “Our company does not comment on individual school agreements or related conversations,” Witty said.

Last spring, amid the Covid-19 outbreak in the United States, Learfield approached several schools asking for 60-day delays to make scheduled payments and to restructure deals in ways that would reduce or eliminate schools’ guaranteed rights fees, according to a USA Today report. It is not known if Nebraska was one of those schools. Learfield, like many companies, was also forced to trim staff nationwide, according to news accounts.

Legends, whose client list includes Wisconsin, Oklahoma, and Notre Dame, raised its profile in college sports in December by signing Georgia Tech of the Atlantic Coast Conference to an eye-opening $400 million, 11 year contract, or about $36.4 million a year. That is nearly three times the amount Nebraska is pulling in on multimedia rights alone.

The loser in that Georgia Tech flip? Learfield IMG.

Legends and Georgia Tech described the deal as one of the most comprehensive marketing deals in college sports. “Legends will introduce a robust technology, data, and analytics platform to support all revenue streams,” Legends said in a news release that announced the deal. “The new business intelligence platform will provide Georgia Tech athletics with greater insights into Yellow Jacket fans, including a complete view of their relationship to the Institute and athletic department, specific interests, brand affinities, behaviors, and how to most effectively engage.”

This past year has introduced “new challenges in the collegiate athletics landscape, and we believe the path forward will require a strong vision and modernized approach,” said Mike Behan, Legends’ vice president of collegiate partnerships.

While sources said Legends has made a bid to Nebraska, a company spokesman declined to comment.

Plenty of other suitors

If not Legends, then who else? Omaha-based Professional Sports Partners confirmed it had submitted a bid to the athletic department.

“Yes, we submitted a bid,” said Erik Pulverenti, PSP’s executive director of business development, “but we don’t know what their final decision will be. I do know that (Nebraska) is investigating every possible angle of this decision to make sure Nebraska is set up well into the future.”

PSP has raised its profile in the sports marketing landscape in recent years. Working with the Metro Entertainment and Convention Authority, PSP secured the naming rights to the Chi Health Center arena in downtown Omaha. The facility is home to the Creighton Bluejays.

PSP is currently working on a jersey sponsorship with Union Omaha, the professional soccer club and member of USL League One.

Other companies that could be in the mix include JMI Sports, Outfront Sports Marketing, and Fox Sports.

Uzbekistan wants to develop its foreign and domestic tourism

Tue Feb 16 , 2021
Favorites0 The Uzbek government has announced an action plan to develop its tourism through various measures applied from the end of February 2021. Uzbekistan thus wishes to develop its tourism market, despite the coronavirus pandemic. On February 3, Uzbek President Chavkat Mirzioïev signed a decree aimed at developing tourism in […] 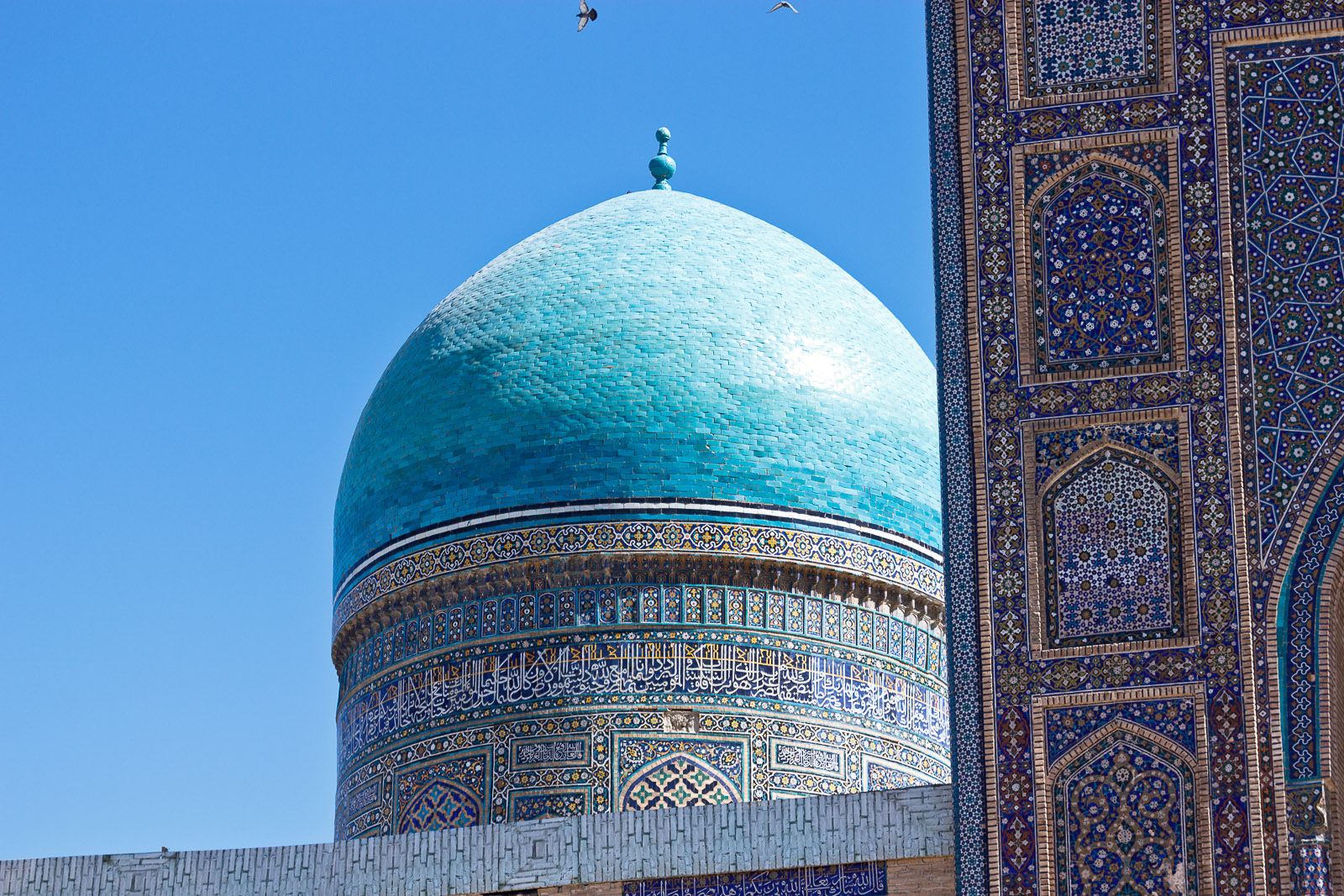