Nebraska has had a long history of athletic innovations, from weight-room training to the walk-on program, to the jumbo video boards in Memorial Stadium.

Now it’s embarking on another ambitious test as the only major athletic program that fully operates its broadcasting and multimedia marketing in-house instead of partnering with outside specialists.

Surprising because the partnership provided Nebraska with a guaranteed $13.55 million annually, one of the most lucrative arrangements of its kind in college sports.

Unusual because it’s a path not taken in years by NCAA Division I athletic departments. The decision, which takes effect July 1, amounts to a big bet by Nebraska that it can be more successful in generating multimedia advertising and broadcasting revenue in a domain generally dominated by marketing and advertising giants.

“As far as I know, Nebraska is the (only) Football Bowl Subdivision school to go in-house with their media rights,” said Bob Vecchione, chief executive officer of the National Association of Collegiate Directors of Athletics in Westlake, Ohio.

But, Vecchione expects more schools “to be looking at this (in-house) option going forward” as they rethink ways to bring in dollars and take the sting out of the past year’s Covid-19 financial setbacks.

While there’s plenty of risk, Nebraska may have a competitive advantage since there are no major league professional sports teams in the state vying for advertising business.

He declined to comment on revenue projections. “We have an internal projection,” Klassy said, “but it is still guesswork and a shot in the dark.”

What about the talent?

From the fan’s perspective, the biggest and most obvious question is whether Greg Sharpe will be behind the mic as the play-by-play announcer come football season.

Though it’s presumed Sharpe will return, Klassy couldn’t comment specifically because the business changeover requires Sharpe to now go through the university hiring process along with any other candidates.

Speaking in general terms, Klassy said the athletic department “plans on keeping a lot of elements” of the existing broadcasting and marketing networks. “But we’re also looking at ways to improve. We also recognize the importance of having familiar names and voices.”

By July 1, Nebraska hopes to have a 12-person staff in place, compared to the 17 Learfield/IMG maintained in its Lincoln office. Job openings have been posted, and two former top salesmen from Learfield/IMG have already been hired, Klassy said.

Some existing Nebraska staffers who handled content creation, on-field promotions, HuskerVision content, and legal work will also shift to the new department, which will help keep overall costs down.

Klassy said the department will take on about $800,000 in salary and other expenses in this first year.

What prompted Nebraska to part ways with its long-time partners?

During contract talks with Learfield/IMG, the company proposed a “more restrictive contract” plan with no guaranteed money, said Klassy. “It was not the model we had been accustomed to.”

That was the eye-opener. “We know what this program is worth, and its growth potential,” Klassy said.“We also heard a lot from sponsors who didn’t want to deal with a third party anymore.”

“Advertisers have asked, “how much of our support is going back to the athletic department.’ Now we can say 100 percent.”

Learfield/IMG has declined to comment about the contract negotiations. (It should be noted that Learfield/IMG-related companies still provide some tech support and other services for Nebraska.)

So far, the reaction from regional and national advertising partners has been positive, Klassy said. “They understand our brand, and recognize we’re one of the top five brands in college sports.”

One big wildcard: The ongoing debate over so-called NIL efforts that would allow college athletes to make money on their name, image and likeness. If this is green-lighted, marketers in the athletic department could be in a nimble position to help Nebraska athletes secure deals.

You have to step back a few years to find another major college athletics program going solo on its marketing and broadcasting rights.

Until Nebraska’s announcement, Michigan State is believed to have been the last of the Power 5 schools to take its marketing and broadcasting business in-house.

However, about four years ago it opted out of that work and signed a lucrative deal with Fox. The 15-year agreement, valued at $150 million at the time, or $10 million a year, gave Fox access to all Spartan varsity sports.

That leaves at least two schools — Arizona State and Stanford — that have hybrid arrangements.

Stanford, which is a private school, declined to comment on the structure, terms or finances of its multimedia agreement that involves outsiders.

Arizona State’s marketing partnership with the Pac-12 conference dates to about 2016 when the conference office stepped in to help after the Sun Devils parted ways with Learfield/IMG.

“We generally felt we were being undervalued” by Learfield/IMG, said Becky Parke, senior associate athletic director for marketing. “We were more familiar with the Phoenix market and the value of ASU.”

Under its current arrangement, the nine-person staff is hired and paid by the Pac-12, although the employees are housed on the ASU campus. For its part, ASU pays the conference a small management fee to cover expenses, Parke said.

Most importantly, there is no revenue sharing, meaning ASU nets all the marketing money.

“The arrangement has worked really well,” Parke said. “Sponsors don’t get to cherry-pick which sports they want, so this provides exposure for all of our 26 sports.”

Parke said marketing revenue grew every year from 2016 until the pandemic hit in 2020. She declined to be more specific. This year will be a financial rebuilding year as well, she noted.

“We’re happy with the way things have turned out,” Parke said. “We have better relationships with our sponsors than in years past.”

Steve Rosen writes about the business of sports for HuskerOnline. Send questions, comments, and story ideas to [email protected]

Mon Apr 12 , 2021
Singer HK, author of To dance again, stop traveling in France until the end of April. Until then, he had participated in demonstrations in solidarity with the world of culture and the end of social life. His movements caused a crowd. The diffusion of his anthem To dance again will […] 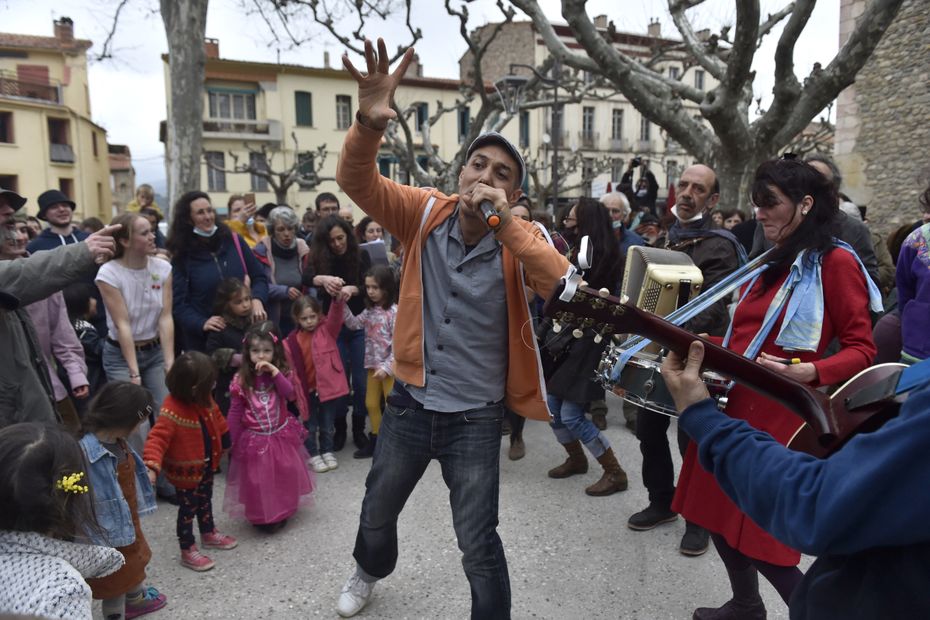