A professor of computer science and engineering at the University of Michigan has been charged with first degree sexual misconduct.

Peter Chen was arraigned on January 27 and given a personal recognizance bond. The 55-year-old professor has taught at the university for 27 years.

Dean of the College of Engineering, Alec Gallimore, announced to students and faculty that Chen had been placed on paid administrative leave on Thursday.

Ann Arbor police launched an investigation into the professor after allegations were made that Chen had sexually assaulted a minor whom he was coaching in robotics.

According to the police, Chen began assaulting a female victim during the summer of 2017 when she was aged 11. The alleged sexual assaults continued into the fall of 2018, occurring mostly at Chen’s residence.

Additional assaults allegedly occurred in a men’s bathroom during a field trip to the Ann Arbor wastewater treatment plant and in a location in Detroit where Chen and the victim were attending a robotics camp in April 2018.

The mother of the alleged victim reported Chen to the police in November 2019. In the report, Chen is described as a family friend who attended the same church as the victim and her family.

Chen, who denies the allegations of sexual misconduct with a minor, is being legally represented by Bloomfield Hills–based law firm Smith Blythe, PC, a dedicated criminal sexual conduct defense firm.

His attorneys issued the following statement: “On January 26, 2021 Mr. Chen was made aware of the criminal sexual conduct allegations that had been made against him. He completely denies the allegations and has cooperated fully with the Ann Arbor Police Department to assist them in their investigation.

“Mr. Chen is confident that the truth will prevail and that he will be fully exonerated. Mr. Chen thanks the numerous people who have reached out in support of him over the last few days.”

In a notice to students and faculty announcing Chen’s leave, U of M spokesperson Rick Fitzgerald wrote that “the continued allegations of misconduct involving CSE faculty are troubling.”

Changing of the guard on the charts of chrome jewels

Fri Feb 12 , 2021
In the first Corona year, the virus turned the work of most of the large classic car auction houses such as Bonhams, Gooding & Company or Sotheby’s on their head. In order to count double-digit million amounts for fine sheet metal, not even all the fingers of one hand were […] 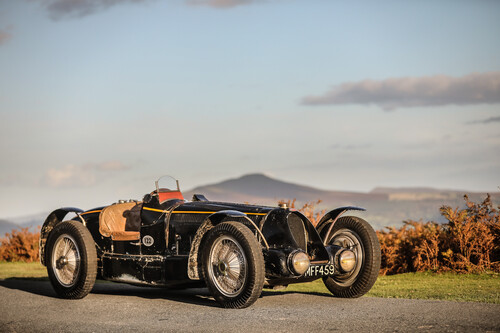