A man has been hospitalised with what doctors have called a “frosted liver”.

The man, 53, from India, complained of “vague abdominal pain” for five months before he was hospitalised, according to the case in British Medical Journal Case reports.

He said he was also suffering “increased tiredness and fatigue”.

Doctors did a CT scan on his abdomen and pelvis with a nodular lesion found on his liver.

“Over the next five days, my health deteriorated and I was admitted,” he said.

“The doctors confirmed that I was suffering from tuberculosis based on my biopsy reports.”

The liver had taken on a “frosted” appearance, doctors noted.

He underwent a lymph node biopsy to have his liver repaired and further testing determined the man had Mycobacterium tuberculosis complex.

Doctors determined he also had lymphoplasmacytic cells which are a form of low grade non-Hodgkin lymphoma.

The man believes he contracted tuberculosis while at work at the hospital but this was not confirmed by doctors treating him.

He was placed on medication after the biopsy.

“I have been regularly taking my medications for three months now and I feel much better,” he said.

“I have regained my lost weight and appetite and even my laboratory investigations show good progress.

“Even though I still have to continue to take these antitubercular medications for a few more months, I feel I will overcome this disease and I hope to recover completely in future.”

Do you have a story tip? Email: [email protected]

Tue Mar 23 , 2021
UB computer scientists have developed a tool that automatically identifies deepfake photos by analyzing light reflections in the eyes. The tool proved 94% effective with portrait-like photos in experiments described in a paper accepted at the IEEE International Conference on Acoustics, Speech and Signal Processing to be held in June […] 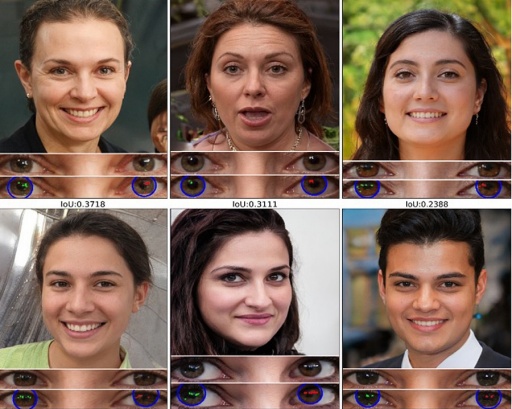