Samantha Dahlby said she “lucked into” discovering a career in software engineering after a high school teacher noticed her affinity for math and science.

Today, she works as the K-12 education coordinator at the New Bohemian Innovation Collaborative, also known as NewBoCo, in Cedar Rapids, where she works with Iowa students and educators to integrate computer sciences into a school’s curriculum.

Dahlby grew up in Waterloo and attended Waterloo East High School, where, she said, computing and technology classes were limited.

“When I was a student, I did not have any computer science classes,” she said. “One of my teachers noticed that I was good at math and science and told me I should check out engineering.”

That is when Dahlby decided to attend an engineering-focused summer camp at Iowa State University as a high school junior.

“That was really what exposed me to all of these different types of engineering,” she said, adding she was most intrigued by software engineering and computer sciences.

“It sounds simple, but I really liked the idea of being able to type something into a keyboard and put it into a robot and that robot would do what I told it to do,” she said. “It was this empowering feeling of being able to control something that I had not experienced before.”

After college, she worked as a software engineer in Cedar Rapids. She noticed that more K-12 students were having the opportunity to participate in STEM — science, technology, engineering and math — classes, but she didn’t think enough of them had the opportunity to study computer science.

“I saw the opportunities that (computer science) provided me. … I wanted that for more students,” she said, explaining her career has given her financial stability and job security. “I didn’t come from an affluent background, so I could see that this was a possibility for anyone.”

She began researching how she could expose more students to computer science.

“I got angry, and when I get angry, I do something about it,” Dahlby said. “I wanted to figure out how we could get more of these opportunities into schools for students to at least try or hear about computer science, and that’s how I ended up at NewBoCo.”

In the summer of 2016, Dahlby began volunteering as an Iowa Startup Accelerator mentor, summer camp instructor and CoderDojo volunteer at NewBoCo.

That first summer, she said, was when she found her passion after seeing initially disinterested campers “light up” during the course of a week.

One boy, Dahlby recalled, created a program to make an image of a squirrel “twist” and presented the project for the whole camp at the end of the week.

“Seeing him, in just five days, go from reluctant and not engaged to, on the fifth day, being so proud of creating this program, was really what made me passionate about reaching out to more students,” she said.

In the fall of 2016, Dahlby officially began working for the nonprofit NewBoCo as its K-12 education coordinator.

Today, Dahlby oversees all of NewBoCo’s education programs as well as professional development programs for Iowa educators. This includes “student-facing” programs like CoderDojo and Code++ among others.

“One of my favorite parts of the job is asking ‘why?“ Dahlby said. “I still get to use those skills that I honed as an engineer to problem solve, understand what their constraints are, and to find ways to support schools not only in adding content but also being innovative in integrating it.”

Innovation has been a big part of the past year for NewBoCo as it navigated the pandemic. Many of the K-12 programs and events are now virtual and free. The nonprofit also continues to provide adult education and professional development courses. All the programs and events can be accessed through NewBoCo’s website, newbo.co.

Fri Mar 12 , 2021
With this Porsche 911, Diego Maradona drove way too fast over a red light. Now the convertible with the factory turbo look was sold at an extremely high price. In later years, “The Hand of God” not only had a relaxed relationship with drugs, but also a heavy foot on […] 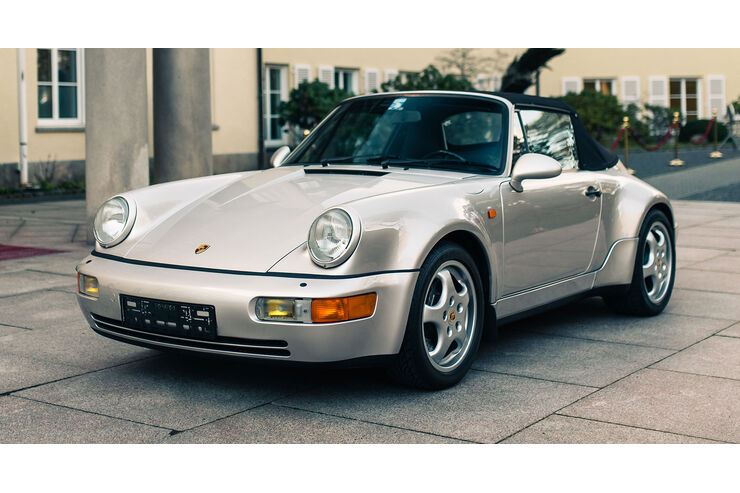