If you want to have one of these VIP rewards, you should get a code for it as soon as possible, because if the demand is consistently high, they will probably be sold out later today.

Thanks to our reader Gerrit, we now have a high-resolution picture of the coin for you: 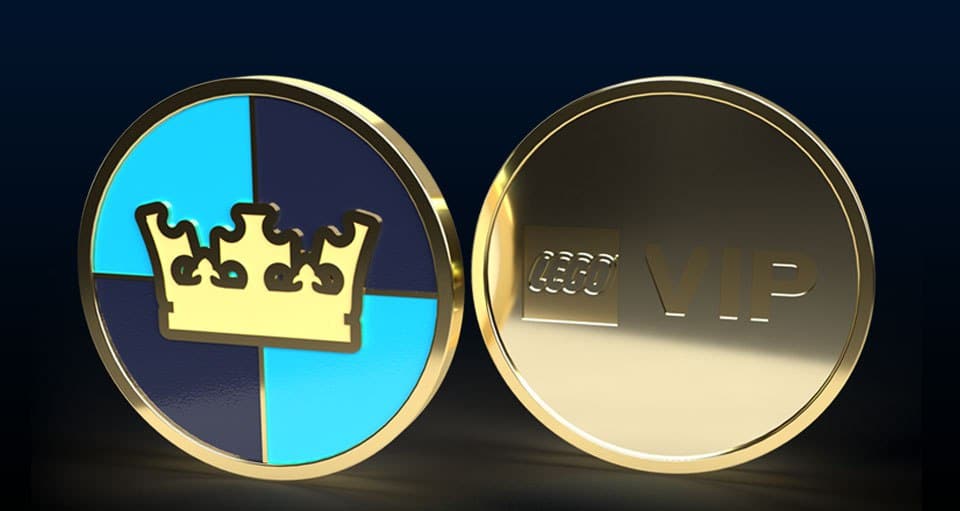 Original article (January 18, 2021, 9:41 am): LEGO currently offers in VIP Rewards Center two interesting new rewards that you can add to an order by redeeming your VIP points “for free”. It is the first of an expected five metal collector coins on various classic themes, this time LEGO Castle. The second new bonus is a coin case, actually more of a transparent plastic presentation box in which you can store the five coins.

The coin costs you 1150 VIP points and thus the equivalent of 7.67 euros, LEGO priced for the coin case 700 VIP points, so converted 4.67 euros. You will receive a separate code for each award, the Valid for 60 days and can be redeemed for orders in the LEGO online shop. 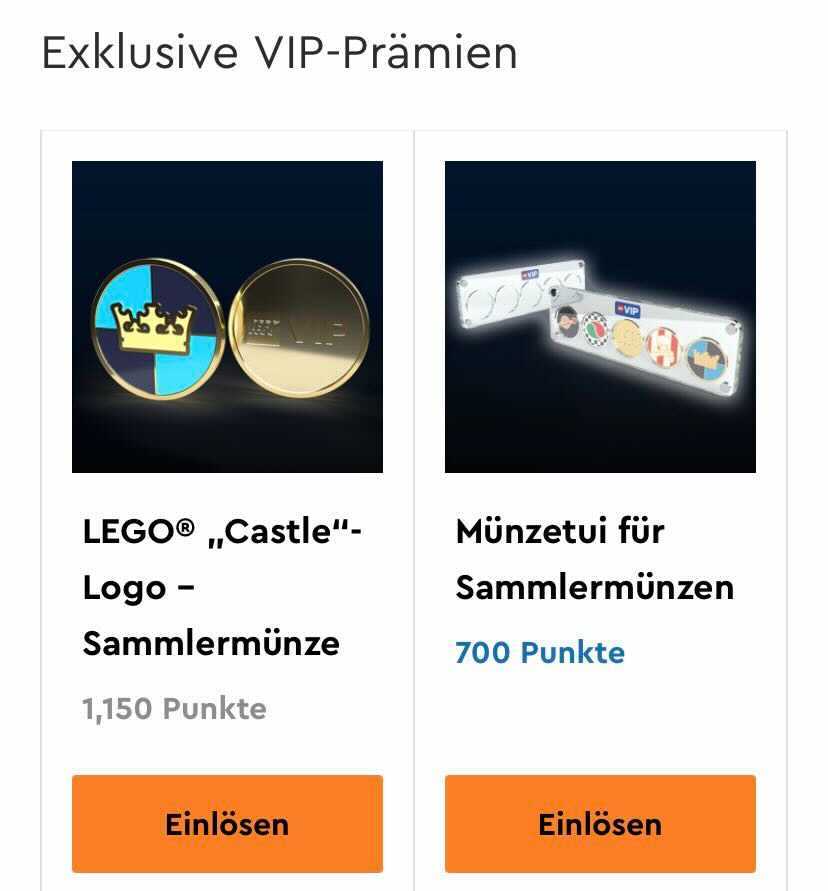 Please note, however, that you can only redeem one physical award per order! In order to receive both rewards, you would have to place two orders in the LEGO online shop, as well as one order each for the coins that are still to come. However, there is no minimum order value.

Each of the awards can be redeemed once per person. Incidentally, both the coin and the case are available in sufficient numbers: At the start of the campaign last night, LEGO held a contingent of for the coin 3000 pieces before, from the case were at least initially 1800 copies available. However, this probably applies to all of Europe and not just to Germany.

There is currently also an action in the LEGO online shop where you can take off 40 euros Minimum order one of two LEGO City Polybags. However, since you also have to enter a code for this, this promotion is with the VIP rewards not combinable!

An interesting side note is that the rumored collector’s coin slated for September 2020 is on the topic LEGO Super Mario apparently Not will be included in the series, but LEGO will rather be limited to the classic themes of space, city (or octane), pirates and knights. The fifth coin is probably only adorned with the LEGO lettering. It remains to be seen whether the Mario coin will appear at some point, but there are currently no signs of this.

How do you like the LEGO VIP Coin and Coin Case as new VIP rewards? Is this promotion something that will make your collector’s heart beat faster or do you prefer to save your VIP points for vouchers? What do you think about the fact that LEGO has been increasingly taking up nostalgia topics lately, including this campaign? Feel free to comment in the comments!

Thu Jan 21 , 2021
By Wesley LeBlanc CLAY COUNTY – The county’s tourism department is offering a one-of-a-kind marketing workshop next week free of charge to all business owners. Marketing is an important aspect of owning a business, but it’s a facet that’s become increasingly important in light of COVID-19. Traditional marketing doesn’t work […]