Although people often associate self-talk with mental health issues, healthcare professionals consider it normal at all ages and even beneficial in some circumstances.

In this article, we explore why a person might self-talk. We will also look at its benefits and when it may indicate a mental health condition.

Researchers have been studying self-talk for a long time. In the 1880s, scientists were particularly interested in what people say to themselves, why they talk to themselves, and the purposes of self-talk.

Research defines self-talk as a verbal expression of an internal position or belief, meaning it expresses inner feelings, non-verbal thoughts, and intuitions about a situation through speech. The person only intends to direct their speech at themselves.

While children often talk to themselves, it should not be a cause for concern for parents or caregivers. It is a way of developing language, staying stimulated during a task, and improving performance while completing tasks.

The habit of self-talk may continue into adulthood and is generally not a problem.

Self-talk may have several benefits. It causes no significant health risks unless a person also experiences other symptoms of a mental health condition, such as hallucinations.

While performing a task with a set of instructions, self-talk may improve control over the task, concentration, and performance. It may also enhance problem-solving skills.

A 2012 study examined how self-talk affects visual search tasks. The findings suggest that self-talk while looking for a particular object, such as a lost item of clothing or set of keys, or trying to find products in a grocery store, may help a person find them sooner.

Research also suggests there could be benefits to engaging in self-talk during sport, depending on how the person self-talks and what they say.

There are three categories of self-talk that differ depending on the tone of voice. These include:

People may also refer to talking to yourself as overt and covert self-talk. Overt talk is self-directed speech that other people can hear. Covert talk is speech that occurs internally that no-one else can hear, for example, by mouthing speech rather than speaking out loud.

There are several reasons why a person might self-talk, including:

Self-talk may help regulate and process emotions. For example, if a person self-talks about feeling nervous or angry, it could help them by:

A 2014 study suggests that people with anxiety, including social anxiety, could benefit from engaging in self-talk.

The researchers found that people referring to themselves in the third-person could distance themselves from their distressing feelings and process, regulate, and analyze these emotions to help reduce anxiety. Engaging in self-talk may also decrease anxiety after stressful events.

If self-talk interferes with a person’s life, there are ways to reduce this behavior.

Writing down self-talk in a journal may help a person transfer thoughts from their mind, organize thought processes, and manage stress and anxiety.

Maintaining a journal can help people identify everyday situations that cause them to self-talk and become more aware of what could trigger these scenarios in the future.

Practicing the shifting of self-talk to internal thoughts when they occur or mouthing speech instead of vocalizing it may also reduce self-talking.

People may find their self-talk affects their mental health if they are negative and self-criticize when they talk to themselves.

In these situations, they should speak with a mental health professional to find ways to improve self-esteem and adjust self-talk to focus on being more positive and encouraging.

If a person self-talks as part of a hallucination, they should seek help from a healthcare professional. Self-talk and hallucinations may indicate a mental health condition, such as schizophrenia.

A person with schizophrenia may experience changes in their behavior and thoughts, such as hallucinations or delusions. Hallucinations cause a person to see, hear, smell, taste, or feel things that are not part of the world around them and are only present in their mind.

Hearing voices and responding to them is a common hallucination in schizophrenia. These voices and sensations seem real to the person experiencing them. Healthcare providers state that the brain reacts to these voices in the same way as if they were engaging in a conversation with a real person.

People with schizophrenia may also withdraw from the world, losing interest in everyday interactions with friends and family and finding it hard to express emotions.

For most people, talking to yourself is a normal behavior that is not a symptom of a mental health condition.

Self-talk may have some benefits, especially in improving performance in visual search tasks. It can also aid understanding in longer tasks requiring following instructions.

Self-talk is not a harmful act to engage with, and parents or caregivers with children who often talk to themselves should not be worried.

It is natural for a person to have an internal monologue while engaging with tasks and processing thoughts and emotions. They may choose to verbalize this inner monologue, which is common.

Tue Jan 12 , 2021
Rose-Hulman Institute of Technology emeritus professor and former computer science and software engineering (CSSE) department head Cary Laxer is being recognized by his international peers for his lifetime of service to computer science education. He will be honored March 13-20 at SIGCSE 2021, the 52nd ACM Technical Symposium on Computer […] 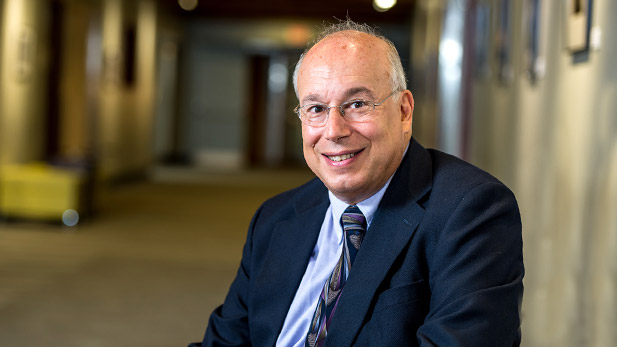