TRENTON – Could this be the week New Jersey finally gets legal weed, more than three months after voters first approved it?

Legislators this week still plan to pass a bill detailing the penalties and fines faced by marijuana users under 21 years old. This “cleanup” bill is seen as the last hurdle before Gov. Phil Murphy signs into law the full package of marijuana legislation, which would essentially put into action the ballot and constitutional amendment approved by voters in November.

But that strategy hit yet another snag on Tuesday, when Senate Judiciary Committee chairman Sen. Nick Scutari, D-Union, announced that the bill was being held until a yet-unscheduled hearing for Wednesday.

Bills are often held when there’s disagreement between the Senate, Assembly and governor’s office, leaving time to negotiate.

The committee was expected to vote on the most recent version of the cleanup bill, which would levy $50 fines on anyone 18 to 21 years old, and a series of escalating written warnings — as well as parent notification and referral to community groups for substance abuse education — for minors found with marijuana.

The bill also calls for a $50 penalty for minors on their third or subsequent offense, but Sen. Nellie Pou, D-Passaic, said Monday it would likely be removed from the final draft.

Previous versions of the youth marijuana penalties bill called for fines of up to $500 for any underage user.

If the youth penalties bill is advanced by the Judiciary Committee, it could be up for a floor vote on Friday. But legislative leaders rarely put a bill up for a floor vote unless they’re sure it will pass, and it’s still unclear if there’s enough support for this one.

At a Monday hearing on the cleanup bill, numerous speakers told legislators that the laws regarding underage use of marijuana should be treated similar to cigarettes — namely, teaching the child about drug use and punishing only the person who provided the product to them.

“The overwhelming majority of children will simply outgrow risk-taking, particularly with the kind of public health education we’re talking about,” said Laura Cohen, director of the Criminal and Youth Justice Clinic at Rutgers Law School.

Whatever policies are eventually signed into law should include safeguards to ensure they’re enforced equitably, said the Rev. Charles Boyer, a social justice activist who has pushed for inclusion and protection of Black people in the enabling legislation.

He called for specific “fines, sanctions or discipline” for police who disproportionately enforce marijuana laws against children and underage users of color.

“We have yet to see law enforcement cease or be held accountable for disproportionate enforcement,” he said.

The cleanup bill and the issue of youth and underage penalties has held up the marijuana legalization process for over six weeks.

The original two-bill package, already approved by the full Legislature and awaiting Murphy’s signature, decriminalized the possession of up to 6 ounces of marijuana and set up the framework for what will eventually become New Jersey’s legal cannabis industry.

But Murphy refused to sign the bills without additional language detailing how the new marijuana laws would be enforced against those under 21 years old, as specified in the ballot question.

Crafting that language has been an uphill battle. Last month, a bill appeared slated for passage that would have levied up to $500 in fines and allowed children to go through a “stationhouse adjustment,” a signed agreement between the child, their family and a local police department that call for some kind of restitution without the department filing juvenile delinquency changes.

But numerous Black and Latinx lawmakers said such enforcement was too harsh and would lead to police further targeting Black and brown youth caught smoking weed.

According to the American Civil Liberties Union of New Jersey, a Black person is about 3.5 times more likely to be arrested for marijuana possession than a white person, despite historically similar usage rates.

“In my world, when I see the police pulling up to youth standing on the corner smoking marijuana, I immediately see those youth dispersing and running. Now, we start with the other charges,” said R. Todd Edwards, NAACP New Jersey State Conference political action chairman.

The convoluted process of legalizing marijuana in New Jersey is due to the specific language of the state Constitution and the amendment approved by voters. The amendment stated that marijuana would be “legal and subject to regulations,” effective Jan. 1, 2021.

But constitutional scholars and state officials have told the USA TODAY NETWORK that the “and” in the amendment links the drug’s legality to both the effective date and the enabling legislation that’s been held up since November.

Since then, legislators and the governor’s office have feuded over the number of permits for cannabis growers, changes to workplace drug testing laws and a tax structure that would both drive state revenue and repay communities most impacted by the war on drugs.

While legal weed was placed on the ballot in December 2019, legislators did not begin publicly discussing or debating the enabling legislation until after Election Day 2020.

Mike Davis has spent the last decade covering New Jersey local news, marijuana legalization, transportation and basically whatever else is going on at any given moment. Contact him at [email protected] or @byMikeDavis on Twitter. 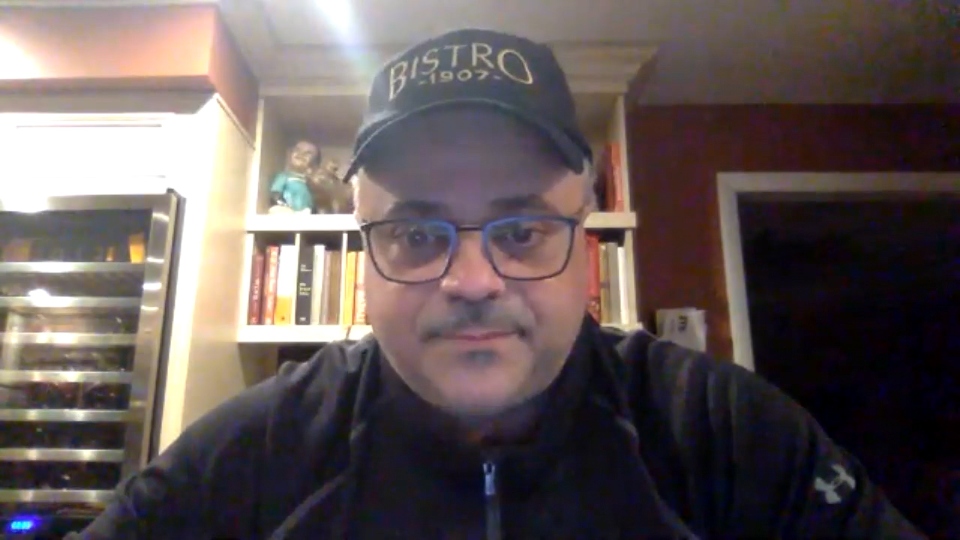