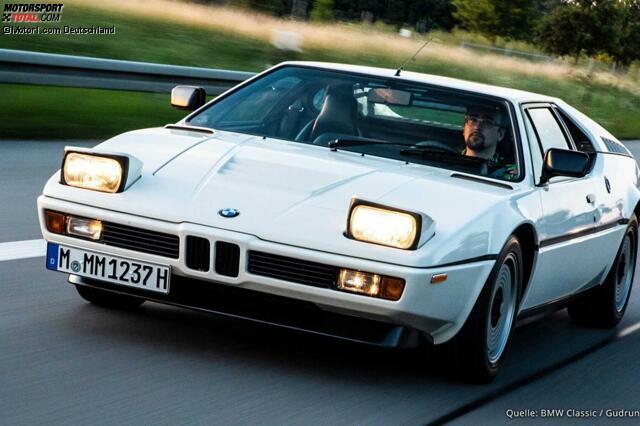 In the BMW M1 to the M Movie Night

(Motorsport-Total.com/Motor1) – I’m wearing a fashionably questionable Hawaiian shirt. My car is pretty strong and pretty flat. And pretty white. So “Magnum” is ruled out. Then “Miami Vice”? Much better. Just that I don’t Ferrari Testarossa pilot, but a BMW M1. Today “M1ami Weiss” is the order of the day.

Hardly any other BMW is as extroverted, special and incredible as the M1. Presented in 1978, it was the most expensive German new car at the time (100,000 DM, later even 113,000 DM). In total, only 460 vehicles including all racing cars were built by 1981, 453 according to other sources. So there is no question that for me (also born in 1978) there was no reason to ponder when BMW Classic asked me if I would like to drive an M1 one day.

And so I am now in the yard of the scrap metal division of BMW. With your mouth open. There are three M1s parked in front of me. One red, one in dark blue and “mine” in white. In every color, the M1 looks simply awesome. The wedge-shaped design comes from none other than Giorgio Giugiaro, the creator of the first VW Golf and des Fiat Uno.

When you see the red M1, Ferrari naturally comes to mind. Indeed, the “Ikonenbrandt” discovered in me certain parallels to the 308 GTS. With this M1 I would be “Bavarian Magnum”. The Lotus Esprit may also have been an inspiration, especially since Giugiaro also had a hand in this.

One thing is certain: the BMW M1 follows the sports car fashion of the seventies. The “BMW Turbo” study from 1972 also served as a template. Here, too, there was already a mid-engine. The development of the M1 finally began in 1976, but more on that later.

The BMW M1 is 4.36 meters long, but a full 1.82 meters wide and only 1.14 meters high. Caution is therefore advised on narrow country roads. Reversing into parking becomes a challenge: a kind of louvre blind extends over the rear window, which restricts the view. Ergo, I have to use the exterior mirrors and forcefully crank the servo-less steering to turn off the M1. 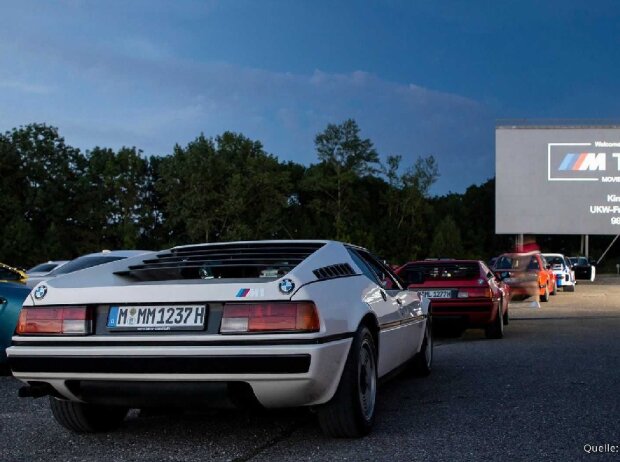 Important: leave space on the left and right for the wide doors! I just think to myself: if my driving instructor could see that! (At this point a warm greeting to the Kraft driving school in Bonn-Oberkassel …)

So that both I and the M1 can cool down, I look at the design language in detail: wedge shape and pop-up headlights, and in contrast to the new BMW 4 Series, what is probably the smallest kidney in the company’s history. At the back a huge flap, including the 277 hp six-cylinder with 3.5 liter displacement and a trunk that is not that small. Ice cream shouldn’t be transported in it.

But how did the M1 actually come about? Here historians are divided on whether he should just give the brand image an impulse or whether BMW wanted to build permanent sports cars. What is certain is that the M1 was (as the name suggests) the first production vehicle from BMW Motorsport GmbH, now M GmbH.

The low seating position and the very matter-of-fact cockpit reveal that the M1 was designed as a racing car. The BMW copywriters had no doubts about this either: “Many race in modified sports cars. At BMW, a modified racing car is now going into production.” 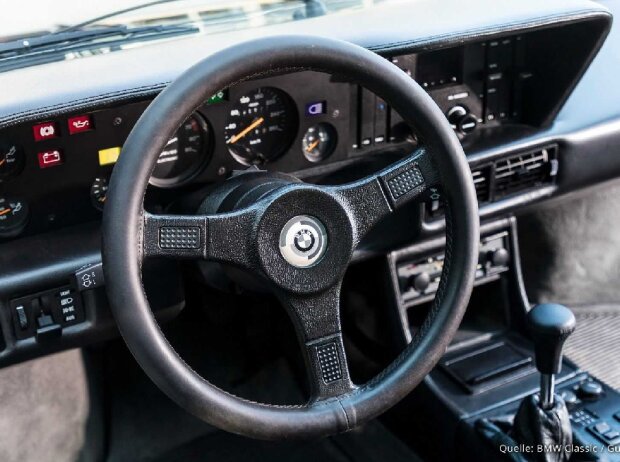 Nevertheless, BMW planned 450 vehicles for the purpose of homologation and developed the M1 together with Lamborghini. It was supposed to be built there, but Lambo didn’t get out of the clay. The cooperation agreement was terminated in April 1978 because the Italians did not manage to manufacture at least a few pre-series cars on time. In order to save Lamborghini’s honor, it should be said that the company slipped into bankruptcy in 1977. 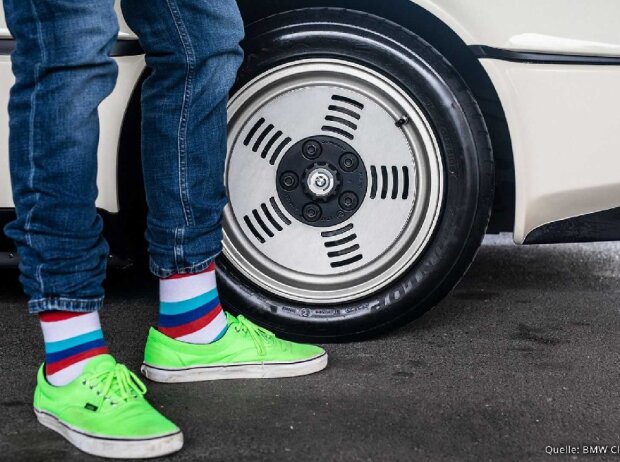 But from then on the BMW M1 was built by Baur in Stuttgart, some fans may know their convertible conversions of the 3 Series with fixed door frames. The M1 was finally presented at the Paris Motor Show in October 1978. 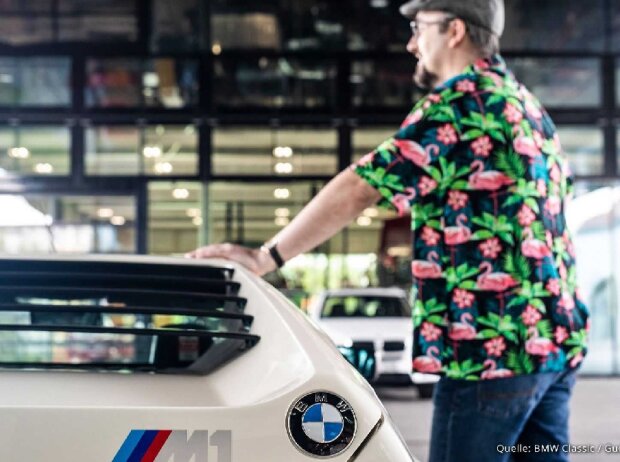 The body of the BMW M1 is built on a tubular space frame, which is why I have to balance myself over a thick sill when getting in. Umberto Marchesi from the Modena region was responsible for the frames. The plastic body parts were made by TIR (Trasformazioni Italiani in Resine). Carbon fiber was still in its infancy, which is why fiberglass-polyester was used.

On the other hand, many parts from the BMW passenger car range at the time are used. The rear lights of the 6 series are an externally striking feature. But the M1 still had bad luck on its tires: due to changes in the regulations, it was unable to stir up motorsport as planned. But BMW was creative and launched the Procar series in 1979/80. 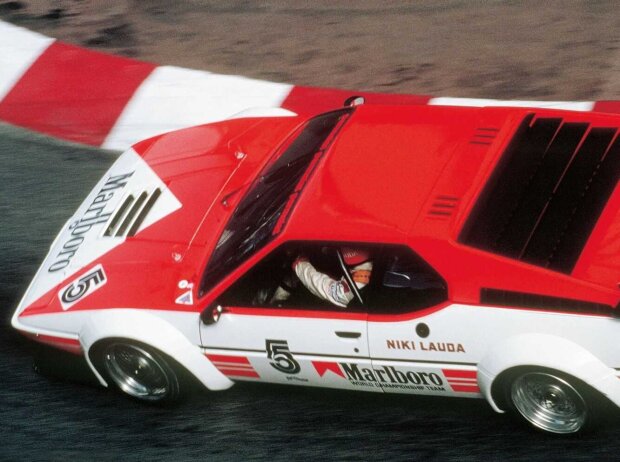 Here, the five fastest Formula 1 drivers from the training runs with works vehicles of the BMW M1 competed against selected private drivers of this type of vehicle in Formula 1 races. Overall winner in 1979 was Niki Lauda, ​​in 1980 Nelson Piquet took the laurels.

The racing versions of the M1 developed between 470/480 hp (naturally aspirated) and 850 hp (turbo), depending on the engine. An M1 racing car even became a work of art: Andy Warhol painted it in bright colors in 1979 and the vehicle actually raced to sixth place in Le Mans. Warhol wanted to do the paint job in 5 minutes, but the film team present asked him to take more time . So after exactly 28 minutes he put the signature under his work of art. 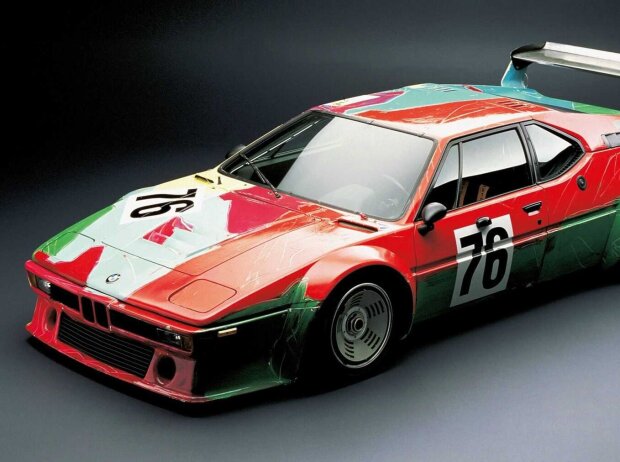 Nevertheless, Warhol still had time and asked his supervisor, who had been assigned by BMW, whether he shouldn’t also beautify his car. But this indignantly refused, after all, his company car was brand new. If he had said “yes” … Warhol himself later said about his M1: “I love the car. It’s better than the work of art.”

So many stories about a car of which there are only 399 road vehicles. And each of them is a real treat. If only because the M1 is relatively easy to drive after a while to get used to it. Of course, I have to do something for my money: forcefully engage the gear lever of the ZF gearbox, press the clutch pedal hard. 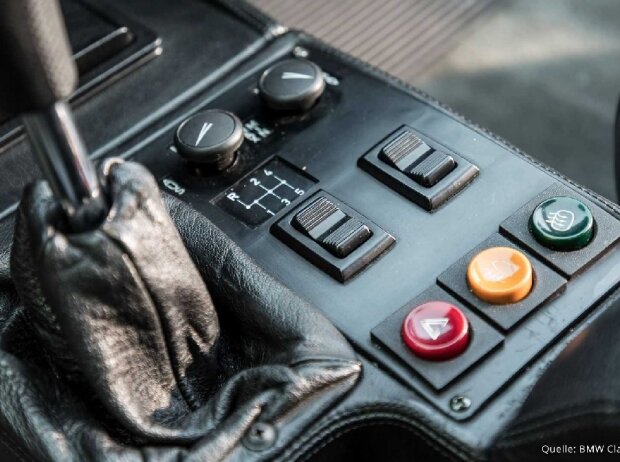 Long legs are pretty helpful here. And again not, because the wheel arches protrude massively into the footwell. It’s good that I put on trainers.

But be careful! The first gear is at the bottom left, 3 and 5 next to it. The steering is surprisingly smooth when driving slowly, and precise again at higher speeds. By the way, according to the display, 105 liters of fuel fit into the tank. It makes sense, because the M1 likes to draw 15 liters and more from the reservoir. 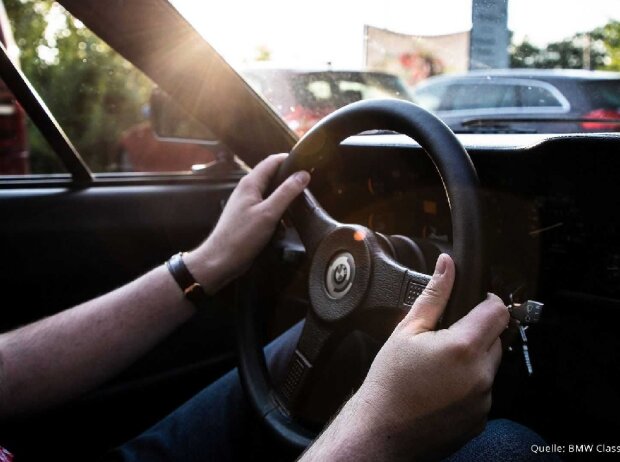 M88 is the internal designation of the 3.5-liter six-cylinder behind me. He was later with modifications in the BMW M635 CSi and the first M5 built-in. But similar to the operation, the unit does not rely on pure riot. While older Ferraris are treacherous and require a firm rein, the BMW M1 seems to be saying: Get to know me carefully and we will understand each other.

In Munich’s city traffic, the M1 can be moved surprisingly at low speed and with ease. 260 Newton meters are available from 2,000 rpm. But speeds are desirable: the maximum torque of 330 Newton meters is only available at 5,000 revolutions. Not much by today’s standards, just like the acceleration from six seconds to 100 km / h. Many a diesel SUV can pull the M1 off these days. 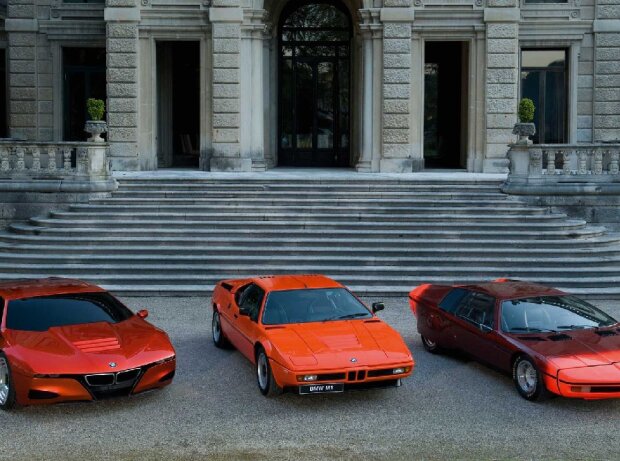 But would get one BMW X5 so many thumbs up, cell phone photos and grinning faces on the highway? While I accelerate there, everything around me seems to slow down. Many treat themselves to a detailed look at our M1 squadron at low altitude.

The M1 remains surprisingly comfortable up to around 140 km / h, but I don’t like to expect it to exceed 200 km / h. 262 km / h would theoretically be feasible. Gert Hack wrote in the “Motor Revue” at the time: “So you can travel quickly with the M1 without being too stressed by the dynamics of driving.” He was right …

In addition, thanks to the built-in air conditioning, I can keep a cool head and listen to the engine. At low speeds it sounds like many large-volume BMW six-cylinders of those days. Only above 3,000 revs does the orchestra give the angry overture from the golden days of BMW engine construction without particulate filters, environmental aids and downsizing. Alleluia!

But after 1980 hardly anyone wanted to buy an M1. The last cars were sold by 1981 for prices around 90,000 marks. That alone shows that the M1 was not a lucrative business. And it explains why M GmbH relied on more popular cars like M3 and M5 sat. Curious: in 1987 a Japanese company converted a Toyota so that it looked deceptively similar to the M1. BMW goes to court and stops production.

To date, the M1 has not received an adequate successor, although the breathtaking study M1 Hommage was shown on its 30th birthday in 2008. And the BMW i8? At most, formally, a weak consolation. So it’s no wonder that I and “my” M1 are besieged by fans at the “M Movie Night” in the Aschheim drive-in cinema near Munich. Are you aware that even an M2 now trumps an M1 in terms of performance?

But the encounter with the M disciples shows what has remained of the BMW M1: a myth for all M fans to this day. Eye-catcher in traffic. Cult object for Warhol fans. Legend thanks to Procar races. An incredibly expensive legend: Nothing works under 600,000 euros.