A chat between two former co-workers led to an extensive beautification of grounds surrounding the Bartholomew County Humane Society.

It all began when Shelly Perry, asset protection and safety manager at Lowe’s Home Improvement store in Columbus, was doing a safety walk at work about a month ago. When she reached the lawn and garden area, she spotted Katie Elkins, who once worked with Perry at the Indiana National Guard facilities in Camp Atterbury near Edinburgh, Perry said.

During their conversation, Perry noticed Elkins was concentrating her attention on the store’s discounted plants. When asked why, Elkins explained she was one of a few volunteers trying to clean up the grounds surrounding the animal shelter at 4415 E. County Road 200S. Besides a lack of personnel, Perry said she was told the effort was also challenged by very limited funds.

Landscaping maintenance has been a concern of the Humane Society since the animal shelter moved into its current facility in 2014, volunteer Ann Young said.

“All of the gardens located around the Humane Society’s animal shelter were desperately in need of help,” Young said.

After Elkins explained the situation, Perry told her about a program sponsored by the home improvement store chain called “Lowe’s Heroes,” which allocates funding to each U.S. and Canadian store for a project in their community that associates can complete together.

In the program, employees with at least one year of seniority are paid a full day’s (eight hours) salary to work on a community project, she said.

“I told Katie to let me see what I can do,” Perry said. “It sounded like a really worthwhile project that needs to happen.”

When the concept was explained to store manager Mike Butler, he gave the go-ahead to start the planning process, Perry said.

Just a few weeks after the co-walkers talked, a Lowe’s representative contacted Young and asked whether their company could possibly help.

On Tuesday, Aug. 10, store representatives arrived to do a walkabout and take photographs to size up the scope of the project, Young said. Three days later, trucks arrived from Lowe’s to drop off seven pallets of mulch, three pallets of fresh soil, one pallet of pea gravel, and landscape fabric. The estimated cost of all the landscaping material was $2,500, Young said.

At 7:30 a.m. Aug. 14, volunteers from Lowes began to arrive with tools in their own vehicles to begin a day-long project that essentially involved landscaping the grounds around the entire animal shelter from scratch, Elkins said.

The volunteers pulled out all of the weeds from around the building. Next, they replanted several perennials in a new location, added concrete animals to the decor, and placed a new coat of stain on exterior benches, Perry said.

“We really only had a few weeks to put this together, because we wanted to get things done before the weather changed,” Perry said. “But our job was to help make the animal shelter look extremely welcoming.”

Instead of eight, the crew from Lowe’s ended up staying about 12 hours Saturday to complete the transformation.

The extensive landscaping performed around the Bartholomew County Humane Society’s animal shelter was done through a program called “Lowe’s Heroes” – one of a number of charitable programs initiated by Lowe’s Home Improvement Center.

Through this particular program, the company allocates funding to each U.S. and Canadian store for a project in their community that associates can complete together.  Lowe’s also provides what is called “give-back hours,” which gives employees who have worked for the company at least one year eight paid hours to work on a community project.

Celebrating their 100th anniversary this year, Lowe’s Home Improvement Center has set a goal to invest $350 million in local communities through partnerships and charitable contributions by 2025.

Having someone to talk to improves brain health, may prevent Alzheimer’s disease

Tue Aug 24 , 2021
(StudyFinds.org) – Conversation may be the key to a healthy mind, a new study reveals. Researchers from New York University found that having a good listener in your life, such as a close friend or relative, boosts brainpower and may stave off the onset of Alzheimer’s. The team says supportive […] 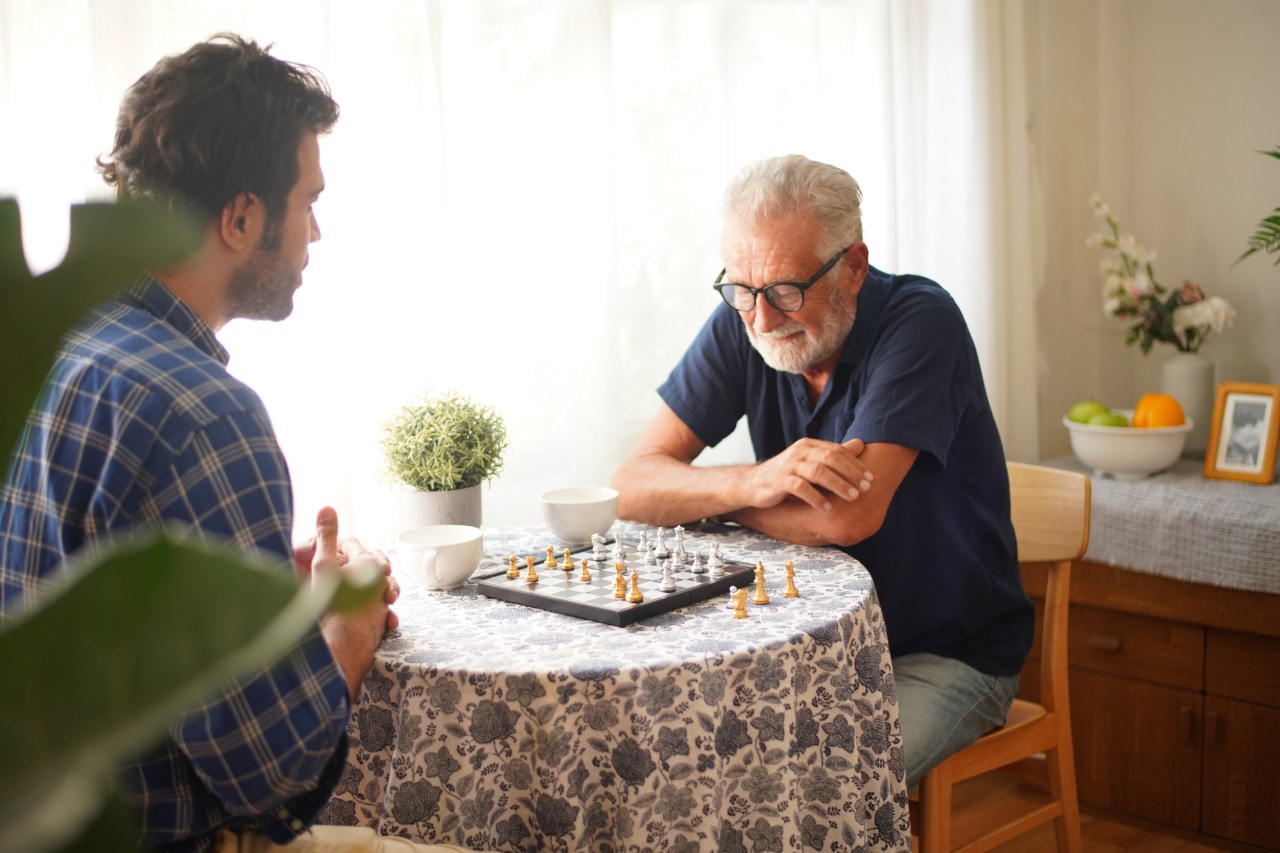