TribLIVE’s Daily and Weekly email newsletters deliver the news you want and information you need, right to your inbox.

Several area schools are among a little more than 1,100 nationwide being recognized for helping to promote interest in computer science among female students.

Greater Latrobe, Deer Lakes and East Allegheny high schools and Pittsburgh Science and Technology Academy are among 22 public schools in Pennsylvania that have received the 2020 College Board AP Computer Science Female Diversity Award.

Greater Latrobe, which has offered the Computer Science Principles course since the 2018-19 school year, qualified for the AP award through participation in the exam. All five of the female students who most recently took the course also completed the exam, according to instructor Wendy Lint.

“All the girls took it, and they did very well,” said Lint.

She noted the College Board is “trying to encourage more girls to take the exam. The ones who take the test tend to be the ones who go into the field and continue on with computer science.

“As a female who graduated from college with a degree in computer science, I saw first hand the development of technology that is taken for granted today, so it is great to see my students become interested and excited about what they can do with technology,” Lint said. “Statistics show that the biggest drop off in females in computer science is from ages 13-17. This drop affects the ability for females to be competitive for high tech jobs that are generally higher-paying and available.”

For students in grades 9-12, Greater Latrobe also offers courses in computer programming and the AP Computer Science A course, in which students analyze, write and test computer codes.

Pittsburgh Science and Technology Academy was recognized because 11 of 20 students enrolled in its Computer Science A course were female.

It was the second year for Deer Lakes to capture the AP diversity award, based on enrollment in its Computer Science Principles course, Assistant Superintendent Bobbi-Ann Barnes said.

According to the College Board, more than 116,000 students took the AP Computer Science Principles exam in 2020 — a 21% increase over the previous year and more than double the number of exam takers during 2016-17, the first year for the course.

“Today’s students need the power to shape technology, not just cope with it,” said Stefanie Sanford, College Board chief of global policy and external relations. “Young women deserve an equal opportunity to become the next generation of entrepreneurs, engineers and tech leaders. Closing the gap in computer science education empowers young women to build the future they want.”

TribLIVE’s Daily and Weekly email newsletters deliver the news you want and information you need, right to your inbox.

Mon Feb 15 , 2021
Snap Inc. said on Wednesday it has hired Doug Frisbie as VP of business marketing.  Frisbie will begin in the role this week, reporting to CMO Kenny Mitchell, a Snap spokesperson said via email.  Frisbie was not available for comment.  Frisbie will work with marketers, agencies and small and medium-sized […] 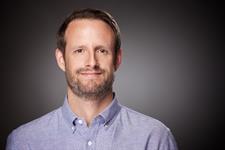