Governor Andrew M. Cuomo today announced New York’s Gestational Surrogacy Law is now in effect, delivering help to LGBTQ+ couples and couples struggling with fertility who are trying to start families of their own. Originally proposed as part of the Governor’s 2020 State of the State Agenda and signed into law as part of the State Budget, the law officially legalizes gestational surrogacy in New York State. Prior to the law’s enactment, the practice was illegal in New York State, and gestational surrogacy agreements were unenforceable and considered not legally binding.

“For far too long, LGBTQ+ New Yorkers and New Yorkers struggling with fertility were denied the opportunity to start a family because of arbitrary and archaic laws and I couldn’t be prouder of the way New York came together to say we won’t stand for this any longer,” Governor Cuomo said. “New York is a loving state and were proud to lead the charge for fairness and equality last year. With this law now in effect, no longer will anyone will be blocked from the joys of starting a family and raising children simply because of who they are.”

In addition to lifting the previous ban on gestational surrogacy, the law:

Governor Cuomo has long championed the rights of LGBTQ+ individuals and has sought to ensure that all New Yorkers have equal ability to start and raise families in this State. Gestational surrogacy provides same-sex couples and people struggling with fertility the ability to conceive a child with the help of medical advances in assisted reproduction.

The legal process known as “Second Parent Adoption” previously presented many antiquated barriers to individuals, particularly LGBTQ+ couples, seeking to adopt their partner’s biological child. Governor Cuomo’s legislation simplified and streamlined this process by instead requiring a single visit to court to recognize legal parenthood while the child is in utero.

The Department of Health has posted guidance here with surrogates’ bill of rights, fact sheets, and a license portal. Information on regulations can be found here.

Commissioner of the New York State Department of Health Dr. Howard Zucker said, “From legalizing gay marriage to this surrogacy law taking effect today, under Governor Cuomo’s leadership, New York has done more than any other state to expand the rights of LGBTQ+ people. In the midst of a global pandemic that continues to claim lives throughout the country, it’s important to remember the truly important things in our lives, especially our families and children. I wish love and happiness to all the people who will take advantage of this law today and in coming years to create families of their own.”

Senator Brad Hoylman said, “My husband and I had our two daughters through surrogacy—but we had to travel 3,000 miles to do it because our home state had banned the practice. Thanks to the Child-Parent Security Act, gestational surrogacy is finally legal in New York State, giving LGBTQ couples and people experiencing infertility the opportunity to build a family through surrogacy here at home. This legislation sets a new gold standard for surrogacy, providing women acting as surrogates with the strongest legal and health protections in the nation while also protecting intended parents and egg donors. We were able to pass this bill because of the strong advocacy of Governor Andrew Cuomo and Senate Majority Leader Andrea Stewart-Cousins, who have always prioritized the fight for LGBTQ equality, as well as the legislative leadership of my Democratic colleagues in the Senate and Assembly champion Amy Paulin.”

Assembly Member Amy Paulin said, “Today, couples with infertility issues and same-sex couples will be able to start their families in New York without facing the logistical and legal obstacles that have impeded them. I had fertility issues when I attempted to get pregnant with my second child, so I am well aware of the pain and suffering that is attached to wanting a child. This law will allow families to avoid much of that pain by giving them the opportunity to have a family in New York and not travel around the country, incurring exorbitant costs simply because they want to be parents. Again, I thank the Governor and my Senate colleague Brad Hoylmanfor making this a reality.”

Ali Forney Center CEO Alexander Roque said, “Governor Cuomo’s tireless care for, commitment to and centering of LGBTQIA rights is among the most noble commitments to justice and equality for all. Moreover, in doing so, Governor Cuomo is setting a standard for other leaders to follow in protecting and really thinking about and responding to the needs of our movement. As a gay parent who had no coverage or benefits in supporting my family journey, I know firsthand the impact this legislation will have on our families. Governor Cuomo’s fight for our rights will benefit our communities for generations to come.”

RESOLVE: The National Infertility Association Board Member Risa A. Levine said, “I am so thrilled that after decades of having to travel outside of New York to build their families, people suffering from infertility who need the help of a surrogate, can now do so close to home.  I am proud that Governor Cuomo enabled New York State to have the most progressive set of protections for all parties to a surrogacy arrangement in the country.”

Equality New York Board Member Brian Esser said, “Now that the Child-Parent Security Act is in effect, New York has one of the most favorable sets of laws in the country with respect to LGBTQI family formation, making it easier for parents to protect their legal rights regardless of how they build their families.”

Men Having Babies Executive Director Ron Poole-Dayan said, “Today we believe that New York leapfrogged to have the most comprehensive and ethical surrogacy laws ever drafted, with extensive protections to all involved, legal clarity and a streamlined process for parentage rights, and attention to long term physical and mental health outcomes. We thank Governor Cuomo for his leadership and look forward to working with him on building upon this historic achievement for LGBTQ families.”

Thu Feb 18 , 2021
NEW YORK — Whether it’s kimchi, beets or broccoli, the pandemic has had a strange impact on food cravings that goes beyond the joy of comfort eating. Nearly a year into isolation, many people are embracing foods long forgotten or rejected for taste, texture or smell. Some have forced themselves […] 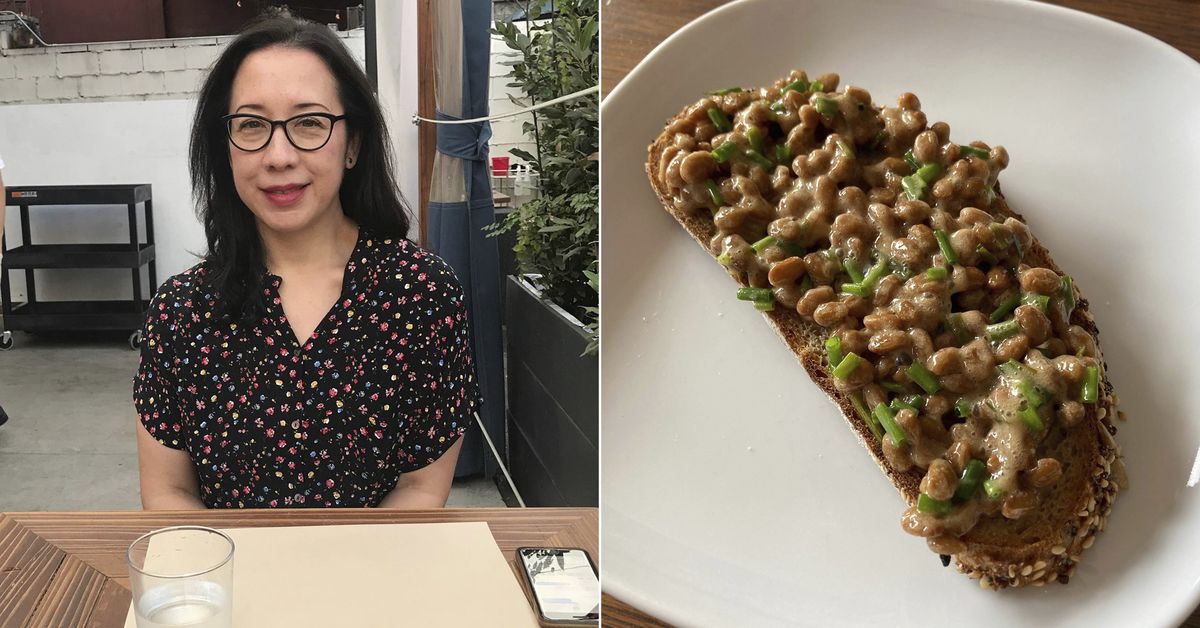