Giannis Antetokounmpo just delivered one of the most memorable NBA Finals performances on Tuesday in the Milwaukee Bucks’ title-clinching victory over the Phoenix Suns in Game 6. As if his gargantuan effort was not impressive enough, a new report has now surfaced that will only make Giannis’ epic showing even more jaw-dropping.

According to a report by Eric Nehm and Sam Amick of The Athletic, the Bucks superstar was actually suffering through a relatively serious case of dehydration towards the latter part of the series. So much so, that Giannis actually had to be given IV treatment in between Games 5 and 6:

Amid all the pleasure, there was lingering pain. When Antetokounmpo had come to his postgame press conference after Game 5, he sat with a grimace and said, “I can’t,” before leaving the room and returning more than 30 minutes later. In between, sources say he was extremely sick to his stomach from dehydration and even received fluid IV treatment after his 32-point, nine-rebound, six-assist performance. The remnants of that competitive approach were there after Game 6, too, as Antetokounmpo — clearly experiencing serious discomfort yet again — held his stomach and chugged bottles of Gatorade while making his way between interview stations.

Sound familiar? Did Giannis Antetokounmpo just replicate the great Michael Jordan’s famed “flu game”? It seems that Giannis played through the illness for more than one game too, with reports of his stomach problem first surfacing right after Game 5. It appears that the Bucks star endured the sickness through Games 5 and 6. Perhaps even before that?

As indicated in the report above, Antetokounmpo showed the signs of his illness during his post-game press conferences. This simply wasn’t the case when he was on the court, though, with his mind-blowing 50-point performance from the championship-sealing win on Tuesday serving as a clear testament to this fact.

The legend of Giannis Antetokounmpo just continues to grow.

Mon Jul 26 , 2021
Diana Penning, a teacher at Spring Hill High School, has been recognized by Full Sail University in Winter Park, Florida, as an Excellent Educator and is partnering with the university to provide students with new opportunities in computer science. The title was awarded during the university’s virtual Teacher Appreciation Week and […] 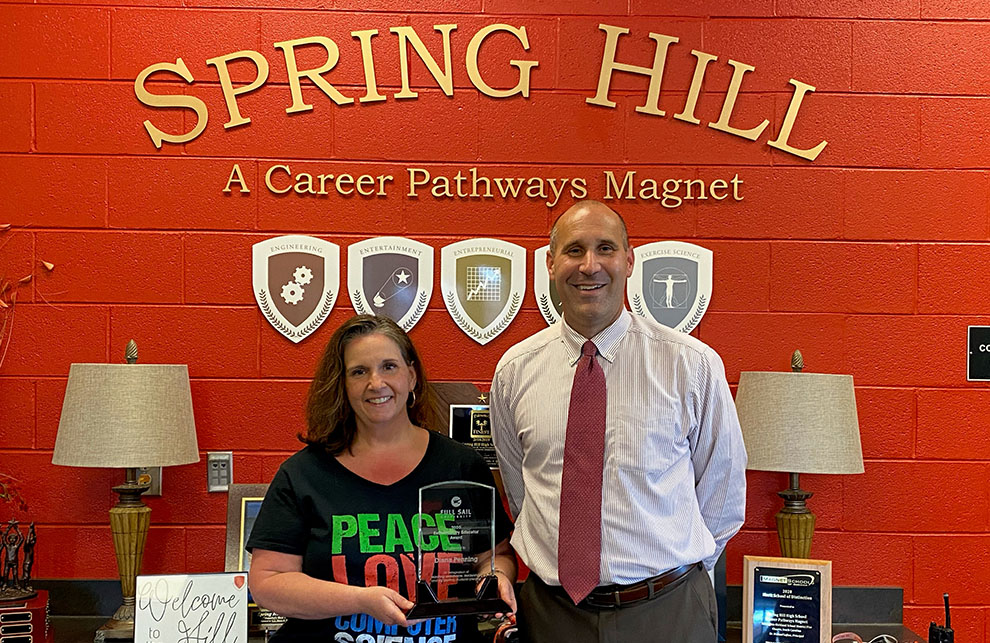