“The role of applied art and design has never been more important than it is today,” says the new MAK boss

Vienna (OTS) – The new MAK names diversity and openness for a wide audience, innovative communication concepts for the MAK and its unique collection, polyphonic exchange with the national and international avant-garde of contemporary designers and artists, forced feminist and less Eurocentric perspectives, and openness to pop-cultural topics -General director Lilli Hollein on her assumption of office as a central concern for the traditional house on the Wiener Stubenring. As of tomorrow, September 1, 2021, Hollein will take over the general management and scientific management of the MAK together with the economic director Teresa-Mitterlehner-Marchesani.

“Lilli Hollein is predestined for her new role as scientific director of the MAK. I wish her a lot of vigor and success as she takes on this new role. I am convinced that Lilli Hollein will develop the Museum of Applied Arts artistically, internationally relevant and sustainably through courageous management, strategic and operational foresight, creativity and successful teamwork. I am looking forward to the collaboration and many inspiring art and cultural experiences, ”said State Secretary for Art and Culture Andrea Mayer.

With its outstanding, internationally significant collection of objects from – among other things – arts and crafts, art, design, graphics, architecture, and fashion, the MAK reflects the design of our living environment through to everyday objects that surround us every day. Lilli Hollein wants to strengthen this special position of the MAK collection, which has grown over 150 years and creates a bridge between cultural history and the contemporary world of life and products.

“In a special way, the MAK has the potential to address a democratic, open offer to a diverse audience. Against this background, my thoughts on the future orientation of the MAK are moving towards the pressing, currently socially relevant topics of our society: integration and diversity, participation and equality, environment and innovation as well as future viability, ”said Hollein.

Lilli Hollein wants to promote the conception of exhibitions and events as well as the further development of the MAK collection and the associated research activities in an intensive dialogue with designers and artists: “The MAK at all levels from a contemporary perspective and in exchange with the Thinking ahead of the art and design avant-garde is a task that I will take on with great pleasure. The MAK must demonstrate excellence in design issues. “

In the vision of the new General Director, the MAK is a place that means something not only to artists, but to many people. The audience should represent the diversity, but also the contradictions of our society and encounter a correspondingly wide range of topics and communication. Accordingly, a clear focus of future museum work will be on a new diversity in addressing target groups and in conveying the MAK content.

“The role of applied art and design has never been more important than it is today – I am convinced of that. Design has a moderator function, it shapes social processes as well as products and longings. You have to face this responsibility with attitude, courage and innovation. The MAK should stand for outstanding design and for the responsibility of art and design for a sustainable, positive future of our society. I am looking forward to being able to contribute, together with the entire MAK team, to conveying the importance and power of applied art to a broad public and to positioning this wonderful museum as an active, multifaceted and internationally cooperating house, ”concluded Hollein.

Lilli Hollein studied industrial design (University of Applied Arts Vienna) and is co-founder of VIENNA DESIGN WEEK, of which she was director until May 2021. As a curator, she developed architecture and design exhibitions. In 2007 she was commissioner for the Austrian contribution to the São Paulo Architecture Biennale. Hollein has expanded the VIENNA DESIGN WEEK, which has been held every year in early autumn at different locations in the city since 2007, into Austria’s largest curated design festival with an international reputation. Lilli Hollein has published extensively in domestic and foreign media, specialist magazines and catalogs, given lectures and participated in panel discussions. She was chairman of the MAK board of trustees and a member of the board of trustees in Mumok. As the jury president of the KÖR Vienna, she was involved in a large number of decisions for art in public spaces. She regularly acts as a juror in the fields of architecture, design and visual arts.

As the first female MAK General Director in the company’s history, she succeeds Christoph Thun-Hohenstein, who headed the MAK from 2011 to 2021 and with a view to digital modernity and ecological-social issues, among other things, as the initiator and head of VIENNA, which was founded in 2015 BIENNALE, has repositioned.

Teresa Mitterlehner-Marchesani has been the economic director of the MAK since 2016. Under her economic management, the house achieved its most successful result since 2006 in 2019 and also successfully concluded the challenging pandemic year 2020.

Lilli Hollein will announce details of her plans for the coming years at a press conference in December.

Tue Aug 31 , 2021
HOUSTON – It was announced Thursday that a local boy between the ages 10 and 19 is Houston’s first pediatric COVID-19 death without underlying health conditions, according to the Houston Health Department. Health officials said the boy, who was unvaccinated, died in late July at a Houston hospital. Officials said […] 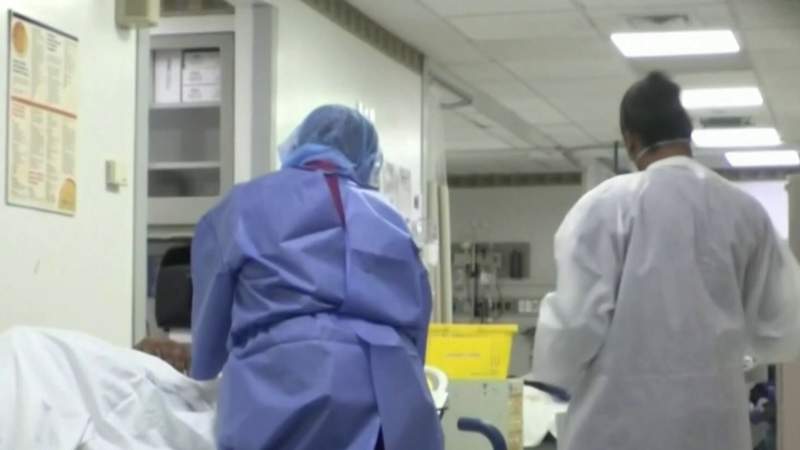