This year the Concours of Elegance will display some of the most beautiful Ferraris in the world at Hampton Court Palace. The event from September 3rd to 5th is considered one of the three best Concours d’Elegance events in the world.

Since the start of automobile production in 1947, Ferrari has established itself as an icon of automotive performance and innovation. With one of the most successful Formula 1 teams in history, the Ferrari brand can draw on extensive racing expertise to produce some of the most beautiful road vehicles in the world.

The oldest Ferrari on display is a Ferrari 166 Inter from 1950. The “166” in the model name refers to the displacement of a single cylinder in cubic centimeters, with all 12 cylinders adding up to 1,992 cc. The engine, designed by Gioacchino Colombo, featured a dual distributor and coil ignition system and a single double choke carburetor that developed 110 horsepower at 6,000 rpm. This car is one of three Stabilimenti Farina 166 Cabriolets produced and was also the original vehicle for the 1950 Paris Motor Show. After the vehicle had previously been redesigned, a three-year Ferrari Classiche restoration began in 2016 to the original specifications.

The vehicles on display also include a Ferrari 250 GT Europa from 1954 – the only right-hand drive version of the 30 examples built. This particular example was acquired by its current owner in 1971 and has been carefully mechanically repaired and restored since arriving in the UK with the aim of maintaining its originality. The car has participated in club races, three Tour Auto events and the Mille Miglia. He has also won various concours awards from the Ferrari Owners Club.

Next to the Europa is a later Ferrari 250 GT Coupé from 1960, the body of which was designed by Pininfarina. This version of the 250, presented at the Paris Motor Show in 1958, brought Ferrari one step closer to real series production, of which 353 units had been built by the end of production. Under the bonnet was Ferrari’s masterpiece, the 3.0-liter Colombo V12 engine that developed 240 hp at 7,000 rpm and was fed by three Weber carburettors with two throttle valves.

The 250 GT Berlinetta SWB, one of the most famous Ferraris of all time, completes the range of 250 vehicles. The car designed by Pininfarina and constructed by Scaglietti celebrated the principle “form follows function” and became the ultimate street racer. Of the 90 steel-bodied SWB road vehicles built, only 11 were built with right-hand drive, making this 1962 ‘Verde Tevere’ example a very rare vehicle. The car was completely restored in the 1990s and has been extensively serviced since then.

Another vehicle on display is an extremely original and unrestored Ferrari 275 GTB from 1965. The car was bought new in 1965 by popular French actor Jean-Paul Belmondo and will be shown for the first time in Great Britain at this year’s Concours of Elegance. It is an early version of the 275 GTB with a short nose and two camshafts that is painted a beautiful deep maroon. The car is in remarkable condition as it only had four owners in total.

Also on display at the exhibition is a Ferarri 275 GTB / 4 from 1967, one of only six 275 GTB / 4s, painted black at the factory, that have ever been produced. The GTB / 4 introduced in 1966 had a second overhead camshaft on each cylinder bank, making the 275 GTB / 4 the first Ferrari road vehicle with two overhead camshafts. This gave the already powerful V12 engine an additional 20 hp. Only 330 copies were ever produced. The car was in sole ownership from 1976 to 2014. At this point, the new owner began a restoration by leading brand experts in North America. The car has a complete number matching of chassis, body, engine and transmission.

The sixth and last Ferrari is something very special. A 1991 Ferrari F40 delivered new to Sir Stirling Moss. The car has had two other owners since then and has never left the UK. When it was launched, the Ferrari F40 was Ferrari’s fastest, most powerful and most expensive car. Thanks to its low weight and its powerful 2.9 liter V8 engine with twin turbocharging, it belonged to the select group of 200 mph vehicles. The history of this car is extensive. There is a documented correspondence between Enzo Ferrari and Sir Stirling Moss in which he mentions that he has driven thirteen Ferraris and won eleven of them. Outside the main exhibition, the Concours of Elegance will bring together around 1,000 vehicles in total in a series of special events and exhibitions, including a Gulf vs. Martini celebration, an exhibition of unique or bespoke modern rarities in the Future Classics class, and a number of the finest Rolls Royce bodies. New for 2021 is a collection of 95 British cars put together to celebrate Queen Elizabeth’s 95th birthday, as well as a 30UNDER30 Concours designed to inspire the next generation of classic car enthusiasts.

Apart from the automotive demonstrations, the Concours of Elegance remains a luxury event with champagne from Charles Heidsieck, picnics from Fortnum & Mason, live interviews on stage and a collection of art, jewelry and fashion shows. Presenting partner A. Lange & Söhne, who recently confirmed that it will support the event for a further three years, will continue to exhibit some of its famous timepieces.

Sat Aug 7 , 2021
HOLLAND — The downtown business landscape has shifted dramatically from its pre-pandemic layout, but how much has really changed? In February 2019, The Sentinel conducted a survey of 93 businesses in the downtown area for an article on Sunday operations. Those businesses included ground floor restaurants and retailers between Pine Avenue […] 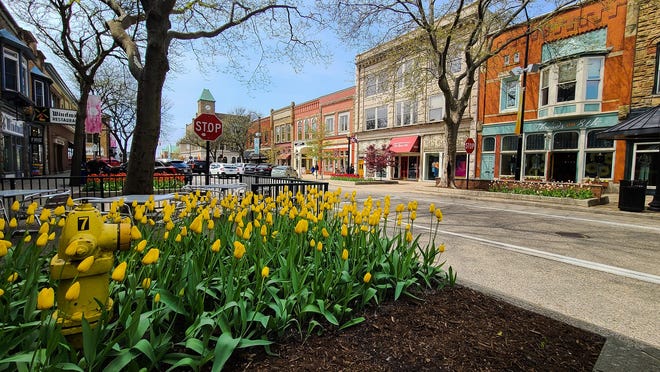