Epic Systems sent a letter to employees this weekend informing them that they’re no longer required to return to the Verona, Wisconsin, campus on Monday.

That marks a shift in its prior plans to bring the bulk of its workers back to the office during the coronavirus pandemic, which drew criticism from employees about what they said was a lack of concern for their health and well-being.

Epic sells electronic medical software to hospitals. About 4,000 of its 9,000 employees have worked at its campus voluntarily during the pandemic, the company has said.

Employees were previously told to return to work this month unless they had problems arranging child care or had a health condition that put them at risk of severe complications from Covid-19. Those employees were earlier told they could work remotely until Nov. 2.

Epic received a letter from local public health officials on Aug. 6 raising questions about its return-to-work plan. It told Public Health Madison & Dane County, or PHMDC, that it will modify its policy so that staff won’t be required to return to the office.

“Throughout our planning process, we’ve been in frequent communication with PHMDC to ensure our plans are in compliance with their orders,” a spokesperson told CNBC. “We responded to the letter on August 8th asking for clarity on their regulations and approval of our plan moving forward. While our intention is to return staff to campus, we are adjusting the timeframe as we work with public health officials to gain their agreement on our plan.”

Epic did not disclose when it expects staff to return. It stressed that it still hopes to bring back as many employees as possible. The original plan was to bring most employees back by mid-September.

“We hope that you can provide us with additional guidance on your regulations,” Epic’s chief administrative officer, Sverre Roang, wrote in a letter to local public health officials that was shared with CNBC.

The company also said in the letter that it had hired Dr. Nicky Quick, a former public health official, as an internal expert. It’s working with Dr. Stephen Ostroff, former acting health commissioner of the U.S. Food and Drug Administration, and is consulting with Cleveland Clinic on its return-to-work policies, it said.

The missive sent to its employees on Saturday evening from Senior Vice President Sumit Rana, also viewed by CNBC, said the company’s leaders “recognized that you (staff) might feel apprehension when returning to work for a variety of reasons.”

“For those of you returning to campus, you have the choice to return gradually,” the letter continues. “We expect that you will maintain your normal workload and be available to your team and customers and needed.”

One anonymous employee, who declined to be identified because they were not authorized to speak on the company’s behalf, told CNBC that workers felt intimidated by the requirement that they needed to report their decision to remain at home to human resources, although Epic said the decision was made to get a better sense of head count.

The employee also said that colleagues were concerned that they would still be required to return to work in the near future. In the letter, Epic said it would be providing “two weeks notice” before asking employees to return to campus.

The employee also said that they felt Epic had a “lack of trust” regarding its employees’ ability to work from home effectively.

These sentiments don’t appear to be isolated to a few workers. Results of an internal employee survey obtained by CBS News found that hundreds of staffers voiced objections to the plan.

Epic has stressed that its primary reason for bringing staff back is to retain its culture. It has said it’s adapting its campus to ensure social distancing. Employees are required to wear masks indoors unless they’re alone in an office and the door is closed. It’s also taking steps to improve ventilation and to provide takeout at its cafeteria.

Cerner to continue remote work through end of 2020

Cerner, Epic’s largest competitor in the electronic medical records space, said it will continue with remote work through the end of 2020. Cerner is based in Kansas City, Missouri.

“As a health care technology company, we’re committed to not only doing our part, but leading by example to reduce the potential exposure and transmission of COVID-19 in our communities,” said a Cerner spokesperson.

The spokesperson said Cerner has successfully transitioned to remote work.

“We’ve determined, at this time, it is safest for our workforce to stay remote until the end of the year,” the Cerner spokesperson said. “We continue to monitor the situation and re-evaluate our plans for a possible re-entry based on the latest available data.”

Wed Dec 2 , 2020
A unique data-driven scientific approach to study and predict excessive drinking using social media and mobile-phone data has won Andrew Schwartz, Assistant Professor in the Department of Computer Science, and his team a $2.5M award from the National Institutes of Health (NIH). Their research will develop an innovative approach utilizing data […] 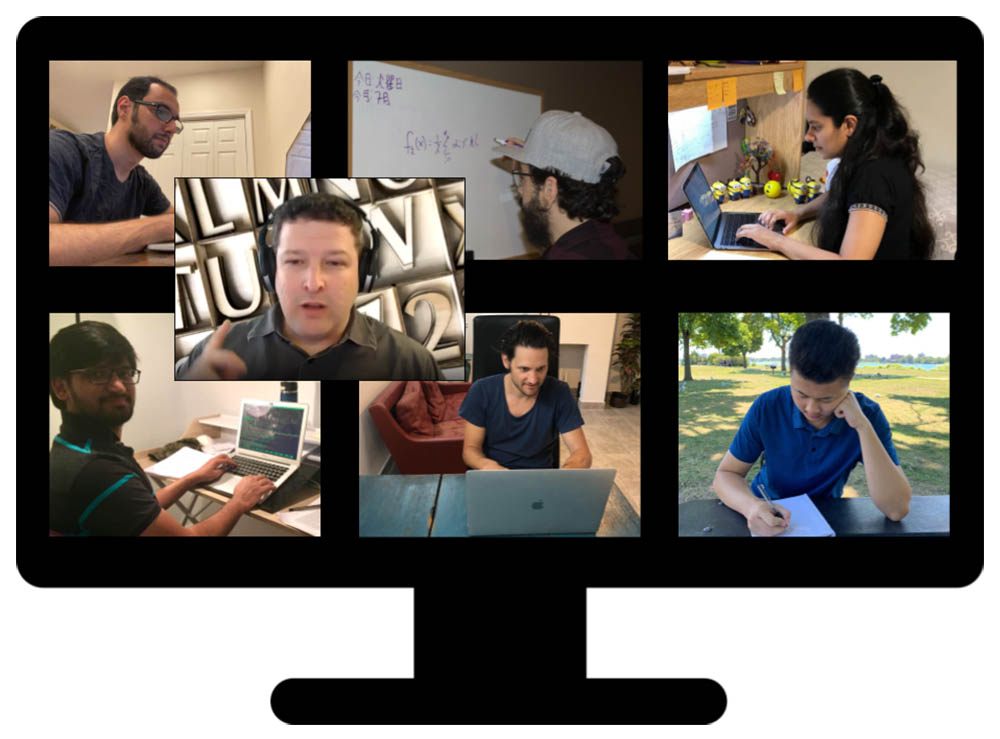