Some of the Russian cities on the highway towards the sea are worth a detour. Our author liked to spend a few days less on the beach on his way south by car.

Long before the pandemic, many Russians discovered the joys of car travel as an inexpensive way to get to their vacation destination in the high season. Every year car travel enthusiasts drive to the Crimea, Sochi and other seaside resorts – from Moscow, St. Petersburg and even (oh shock!) From Siberia, covering enormous distances in the process. But it was the coronavirus that made those who previously only knew air travel or – in extreme cases – rail travel also get behind the wheel. 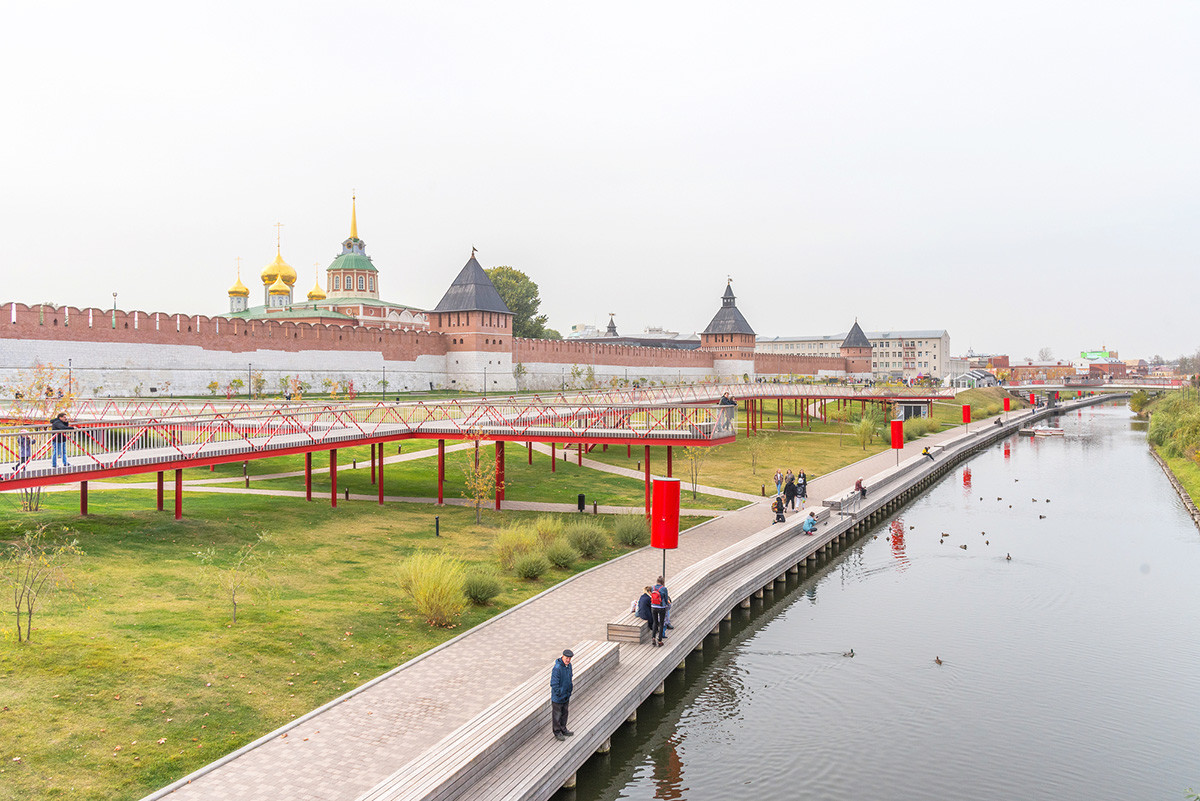 The Upa River and the Tula Kremlin.

The first stop on the way south from Moscow is Tula. It’s an ancient city that once competed with Moscow for the title of largest city in Russia. Nowadays it is a small, very beautiful provincial town. It has its own Kremlin and is also known as the birthplace of Leo Tolstoy. His family seat, Yasnaya Polyana, where he spent most of his life, is not far from Tula. 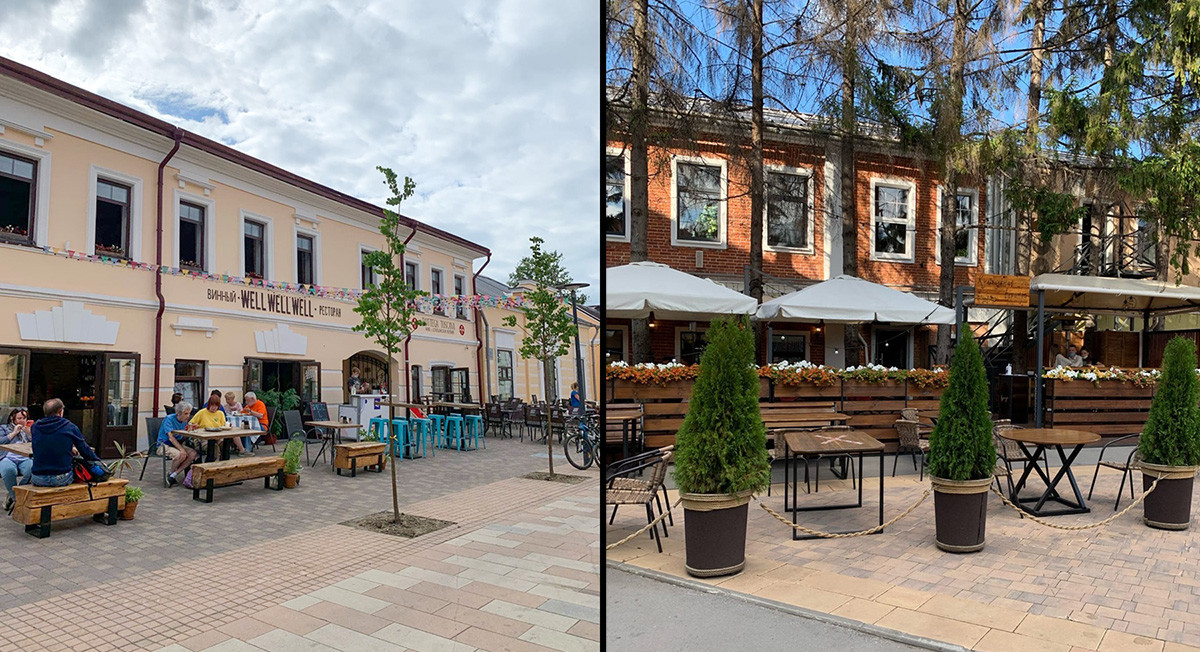 But what interested us most in Tula was the new dam of the Upa River. A must for every visitor is to take a photo on a swing with the Tula Kremlin in the background. After visiting the weapons museum (whose building resembles a helmet), we went to the hip gastro district of Iskra for dinner. 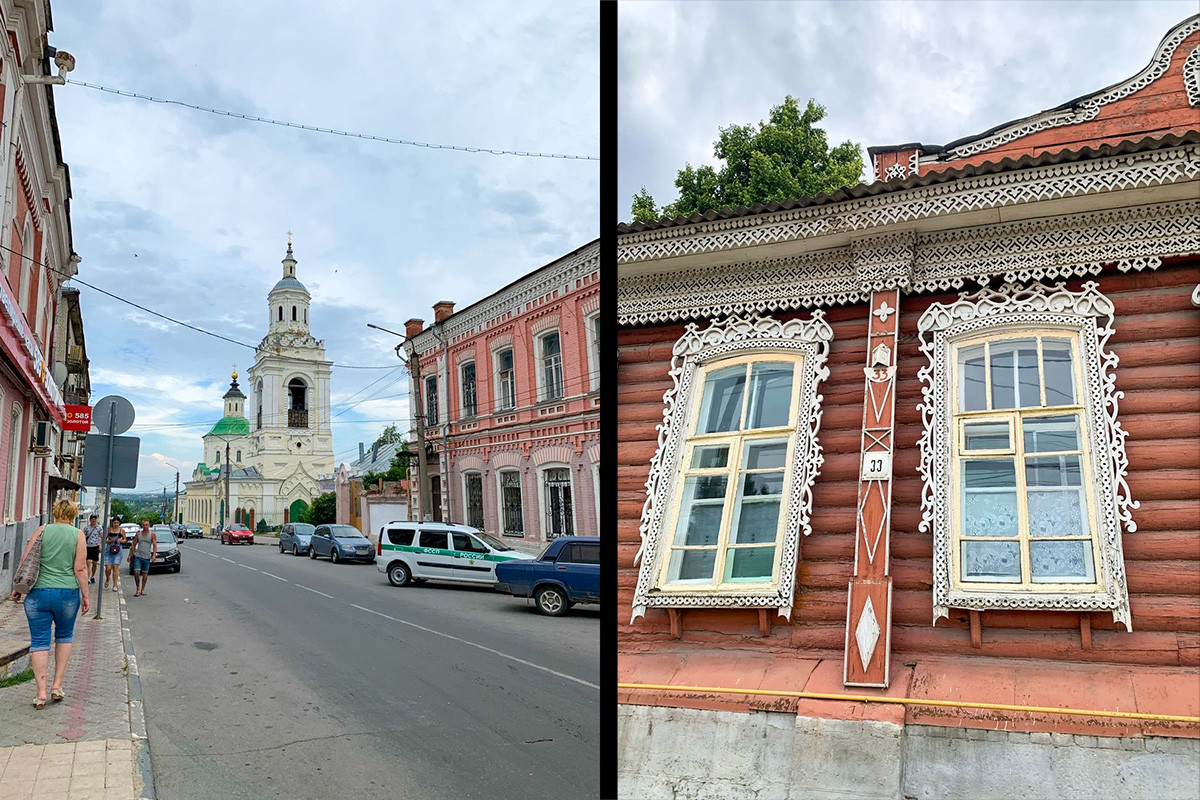 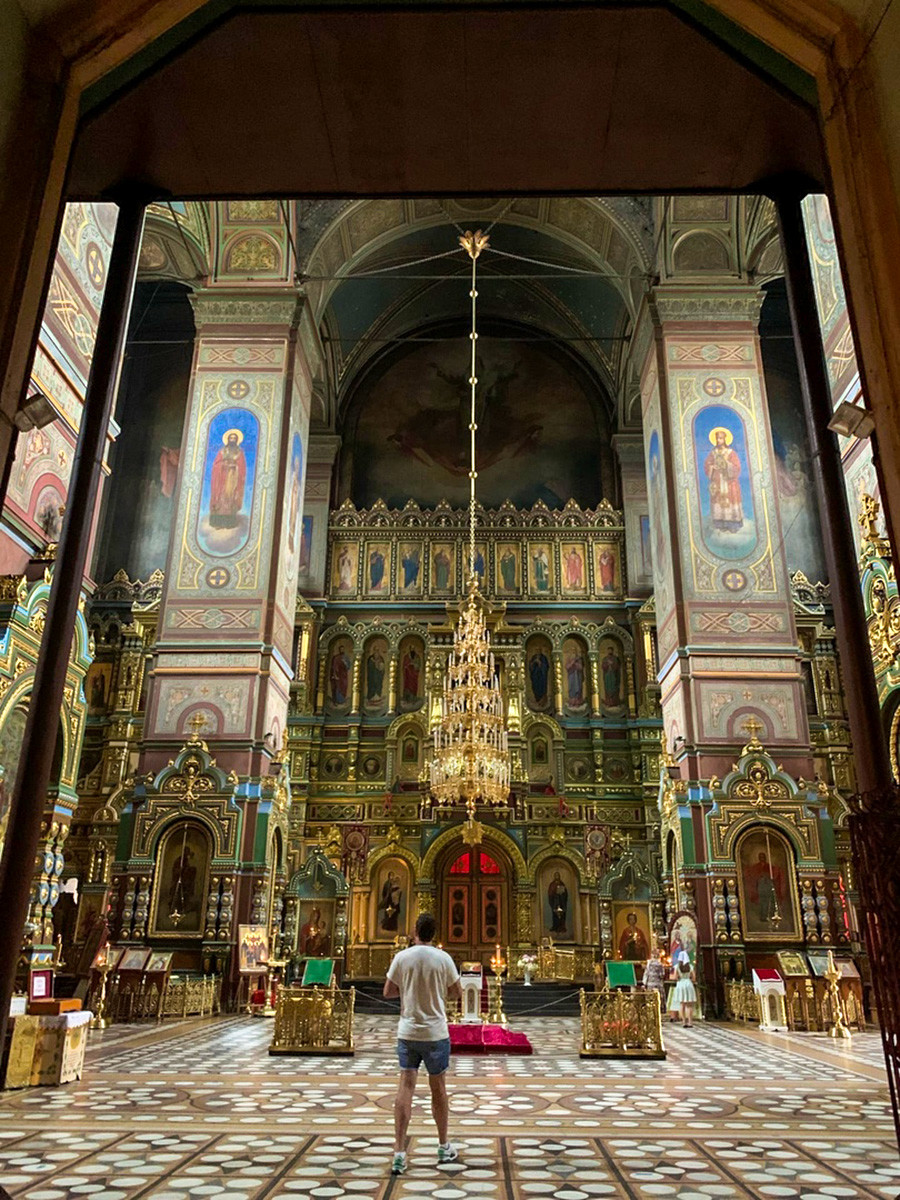 In the Assumption Cathedral in Jelez.

I bet you’ve never heard of Jelez. Well, it is not very well known to the Russians either. It is a small town in the Lipetsk region, now very provincial and with a small population. However, it was once a rich trading city. There is a well-preserved historical center, many old houses, wooden huts and incredibly beautiful churches. One can spend a whole day here strolling the streets and admiring the carved facades. If you get bored, you can visit the local culture and amusement park and enjoy the rides. By the way, there are such parks in all provincial cities. 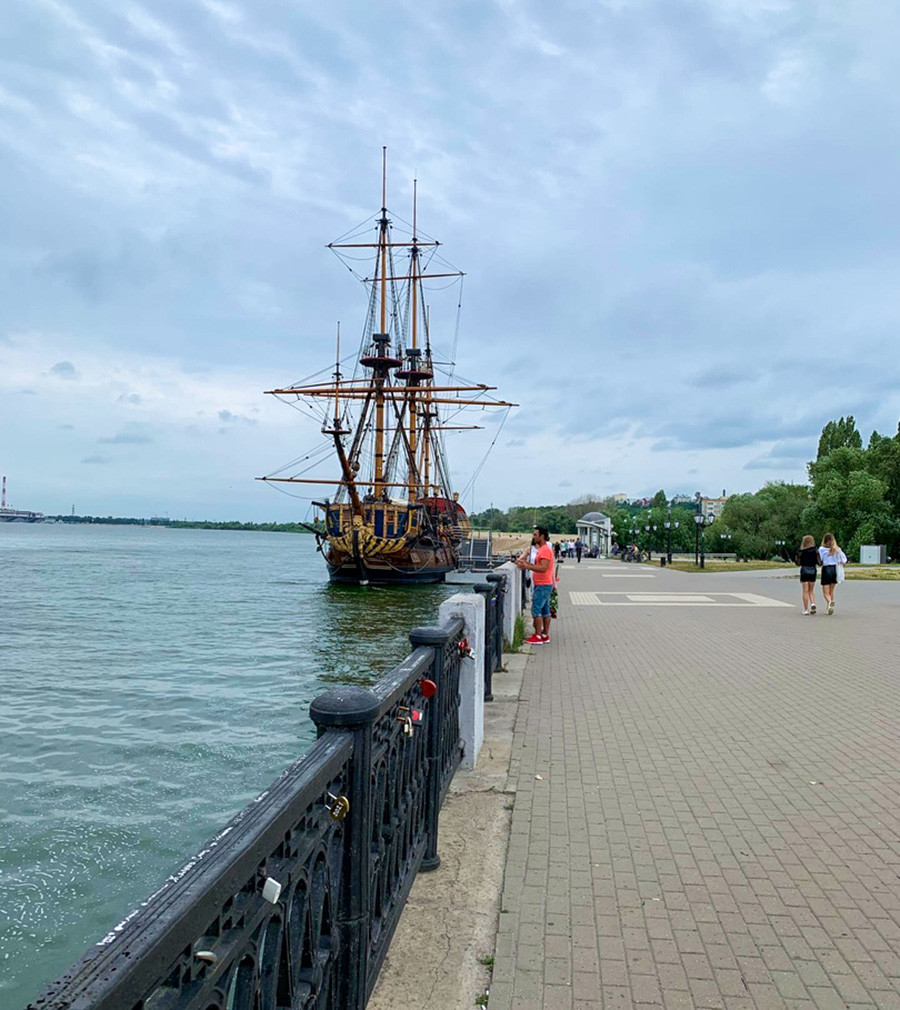 The first battleship in the Russian fleet.

At first glance, Voronezh appears to be an inconspicuous industrial center. It’s not a very popular tourist destination indeed, but it’s a city of over a million people and, so to speak, the cultural and intellectual capital of the Russian south: it has a university, a theater, and is home to a significant part of the modern space industry. It is also the birthplace of the Russian writer and Nobel Prize winner Ivan Bunin! 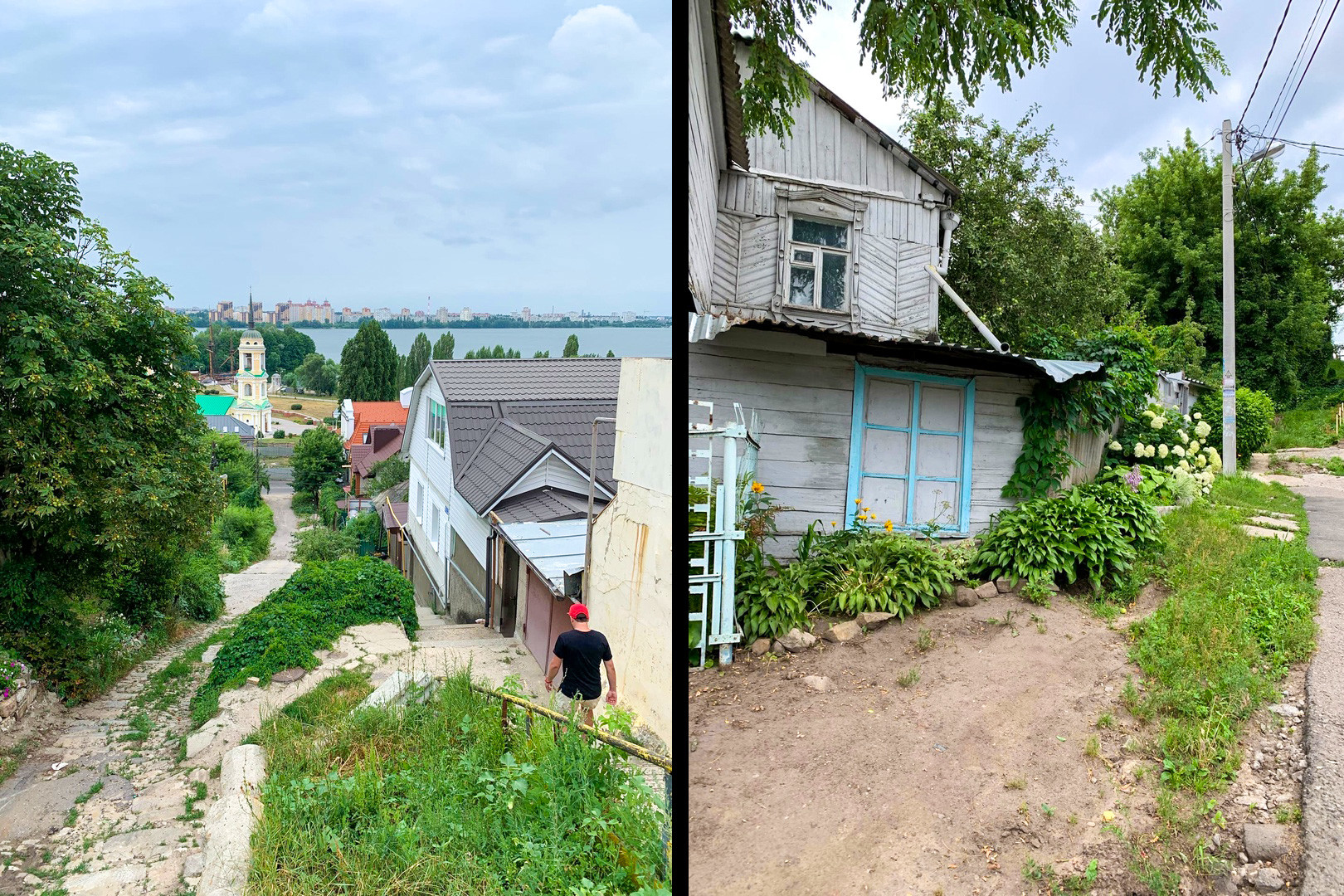 Roads on the way to the Voronezh river.

From the city center you can take a very atmospheric walk to the Voronezh River, along steeply sloping streets lined with wooden huts and full of satisfied cats. On the shore lies an old ship – the first battleship of the Russian fleet, built in 1698 in the Voronezh shipyard under the supervision of Peter the Great! 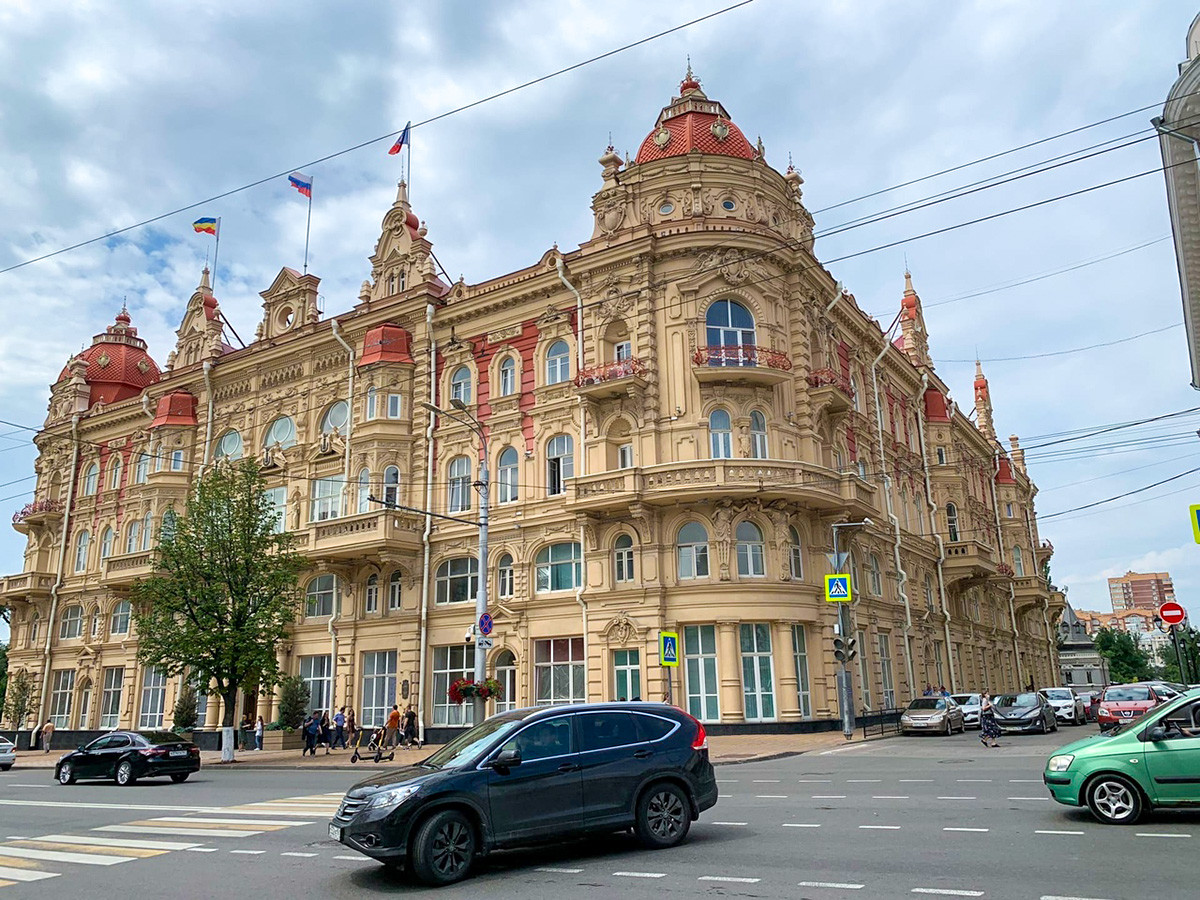 Rostov-on-Don is a place that leaves no one indifferent. It impresses with its warmth and its incredibly lush green. On the long banks of the Don there is a promenade full of cafes, street musicians and people strolling.

Rostov is at the same time a little shabby, a little like Naples, but also full of beautiful historical buildings and pedestrian streets … almost like Moscow. A must for every visitor to Rostov is the tasting of the local crayfish, which are served in many restaurants here (e.g. at “Raki i Gady”). 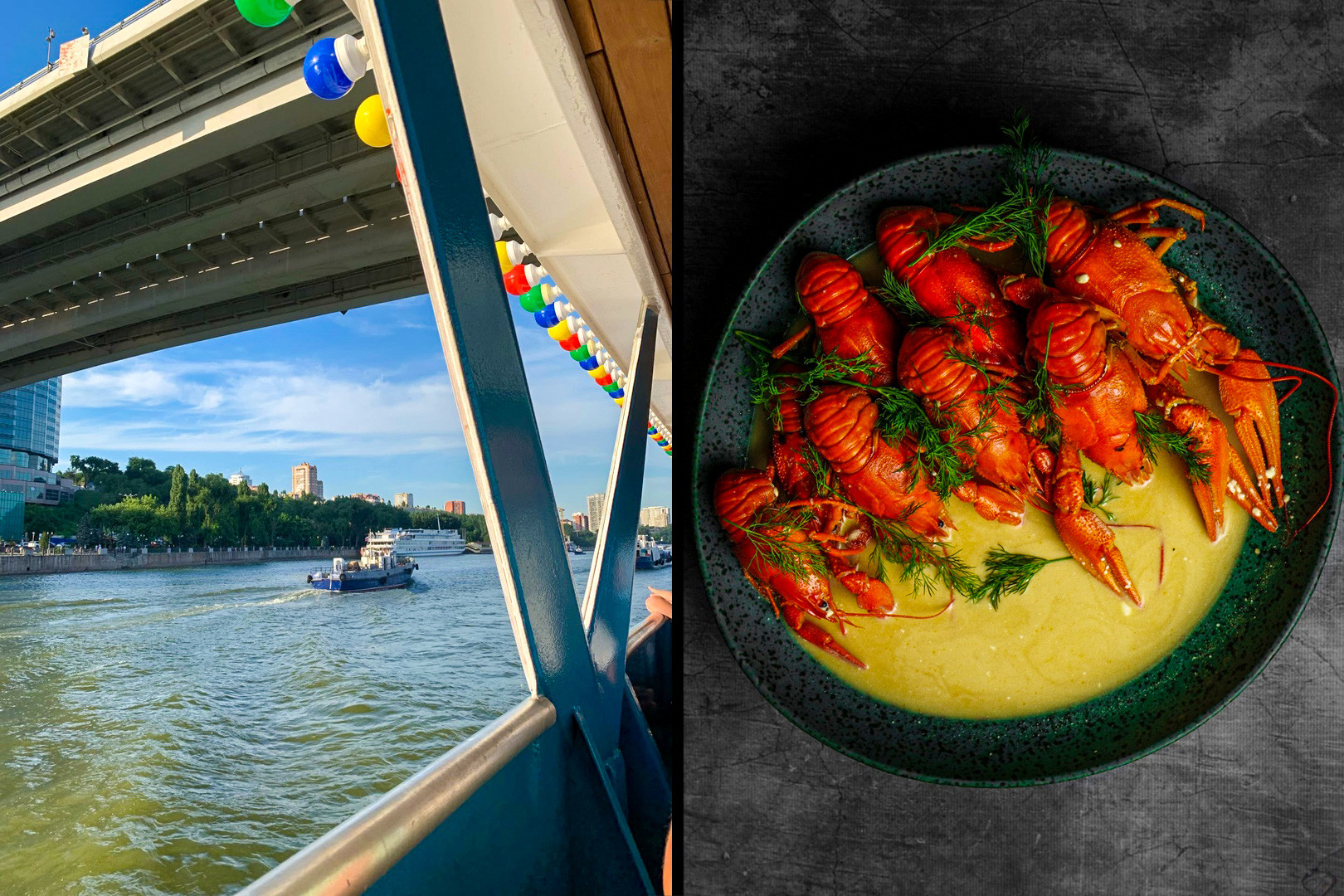 You can take a boat trip on the Don and then go to Baden on the other bank of the river from the city center. 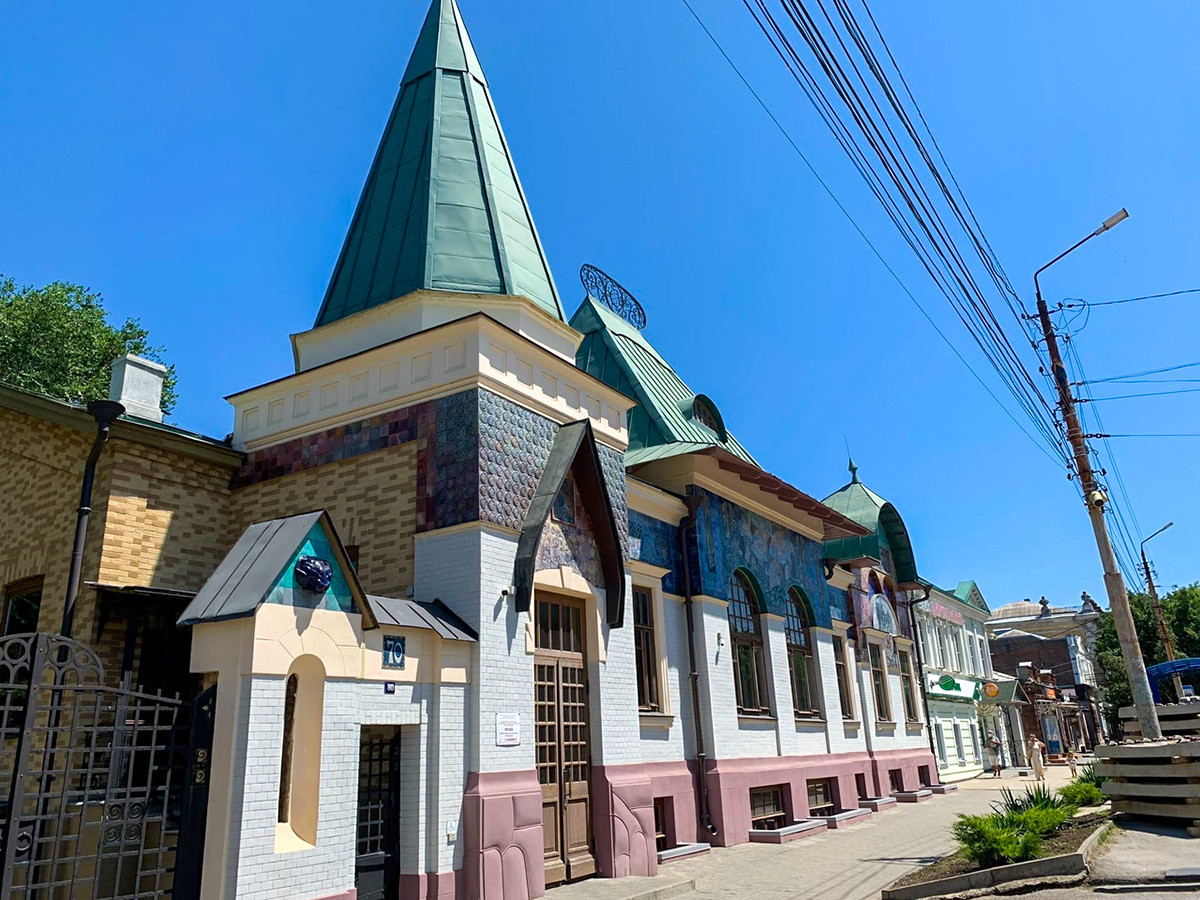 The city was nicknamed “Pretty Taganrog” on a comedy show, and the name stuck. Founded in 1698 by Peter the Great, the city became the first base of the Russian Navy and the first city to be built on a regular plan One could say that Peter Taganrog served as a training ground before the construction of St. Petersburg. 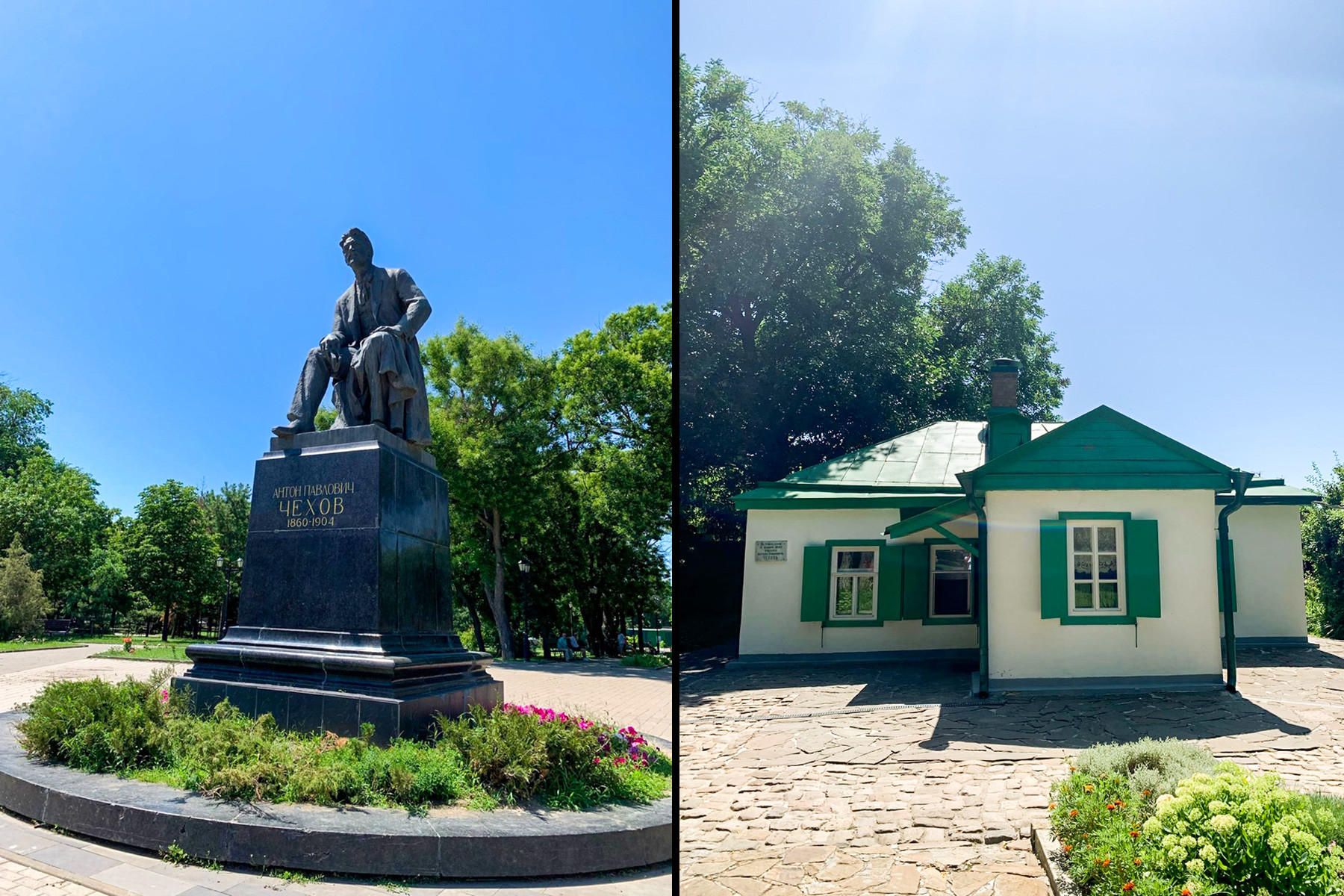 Anton Chekhov’s monument in Taganrog and his birthplace.

In the 19th century, Taganrog developed into an important port and trading city, and wealthy merchants built houses here according to the latest fashions. As you stroll through the streets of this provincial town today, you will not be able to stop marveling at the incredible mansions built in a variety of styles, from Art Nouveau to Classicism to Eclecticism. It’s just amazing! One of the strongest impressions of Taganrog for me was the little house where Anton Chekhov was born and grew up. 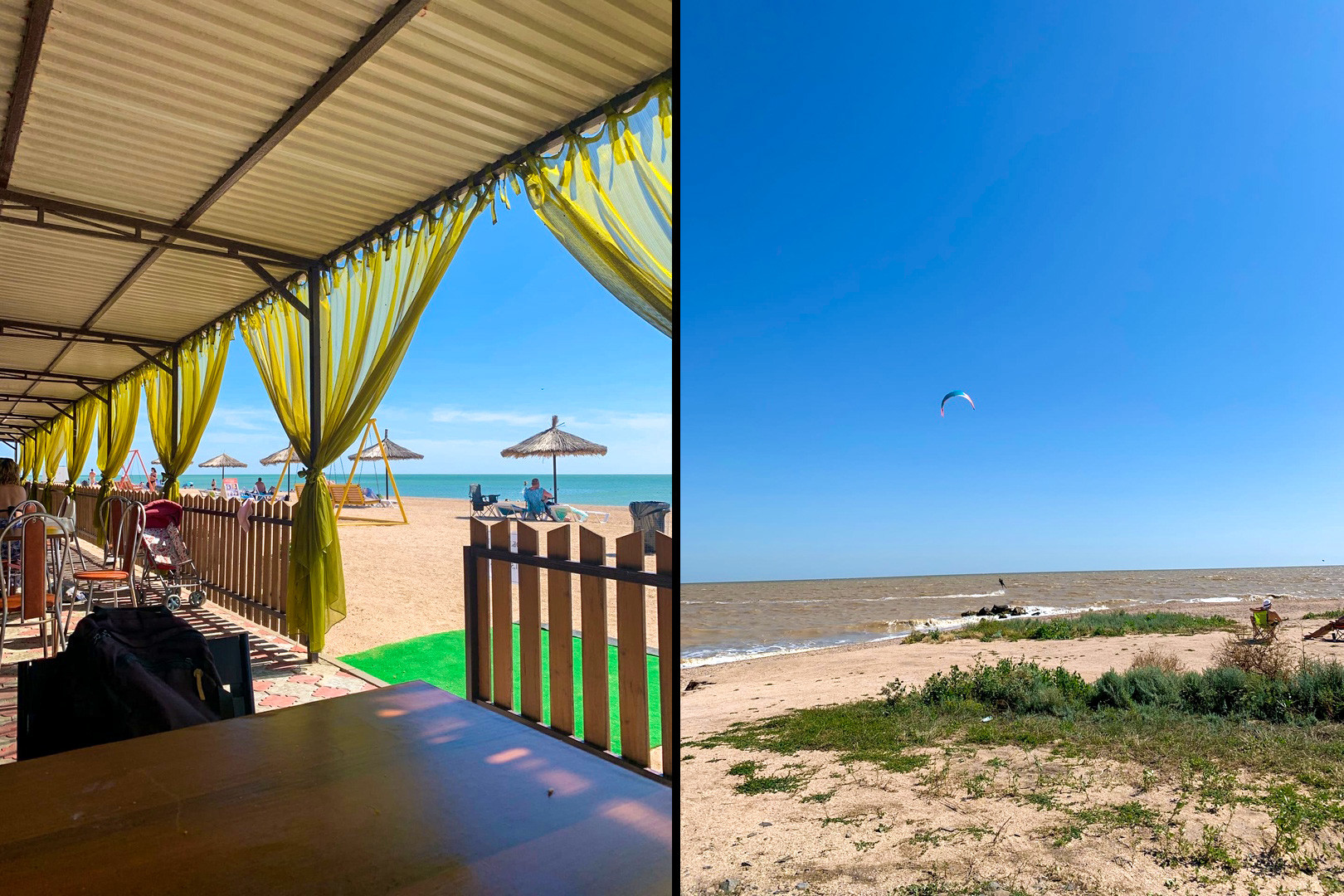 Dolzhanskaya Beaches on the Sea of ​​Azov.

It goes without saying that the most popular southern sea for Russians is, of course, the Black Sea. There are numerous seaside resorts along its long coastline. In fact, it is the strangest sea in Russia. Its maximum depth is only 13 meters and it is practically fresh water. That is why it is affectionately referred to in Russia as a large puddle and sea of ​​children. There is a theory that it didn’t exist in prehistoric times and that it was around 5,000 BC. BC by the overflow of water from the Black Sea, which just filled this lowland in the Don Delta. 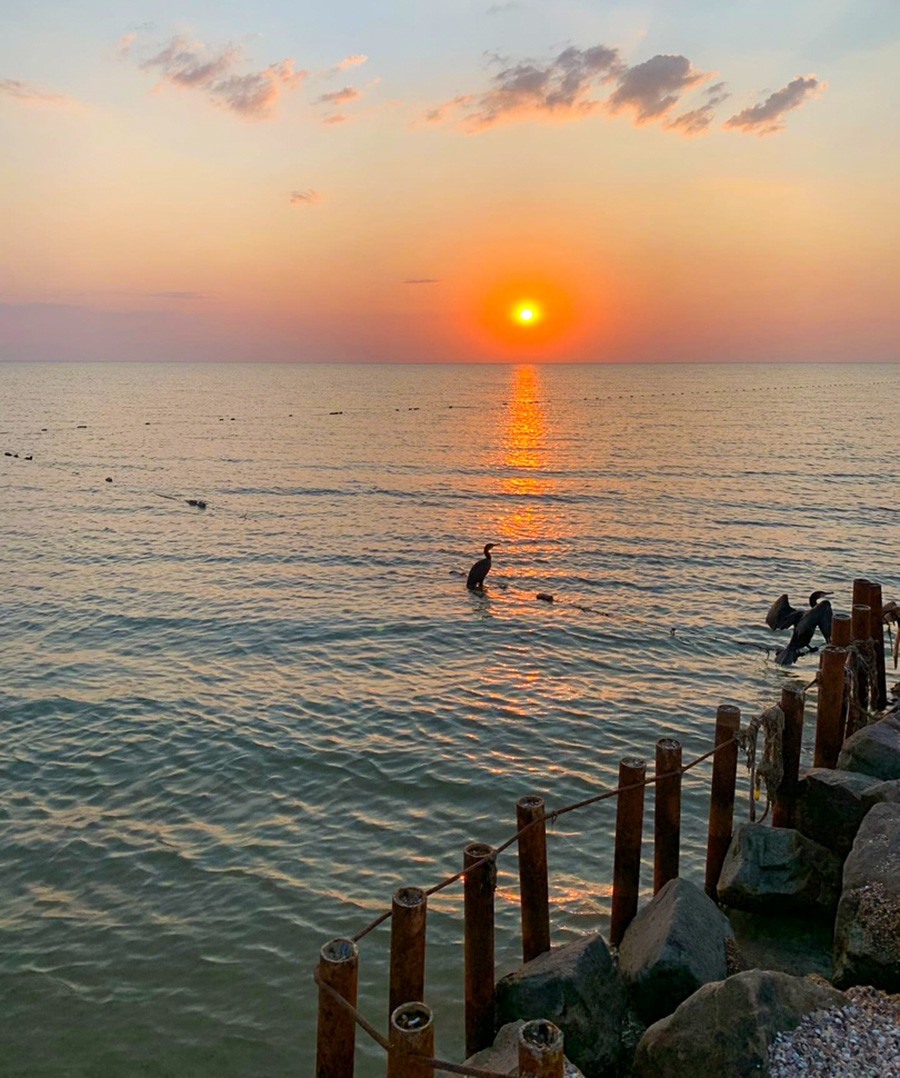 Many of the seaside resorts on the Sea of ​​Azov are located in the Krasnodar Territory. It welcomes its visitors with sunflower and corn fields and a merciless, scorching sun. A popular vacation spot on the Sea of ​​Azov is the coastal city of Yeisk. But maybe it’s better to leave the crowded city behind and travel a little further, even if it’s difficult to do without a car. For example, a car is practically the only way to get to the remote village of Dolzhanskaya, which is located on a picturesque headland – where the Sea of ​​Azov meets Taganrog Bay. It’s windy there, which is why there is a wind and kitesurfing camp on the north side of the spit. 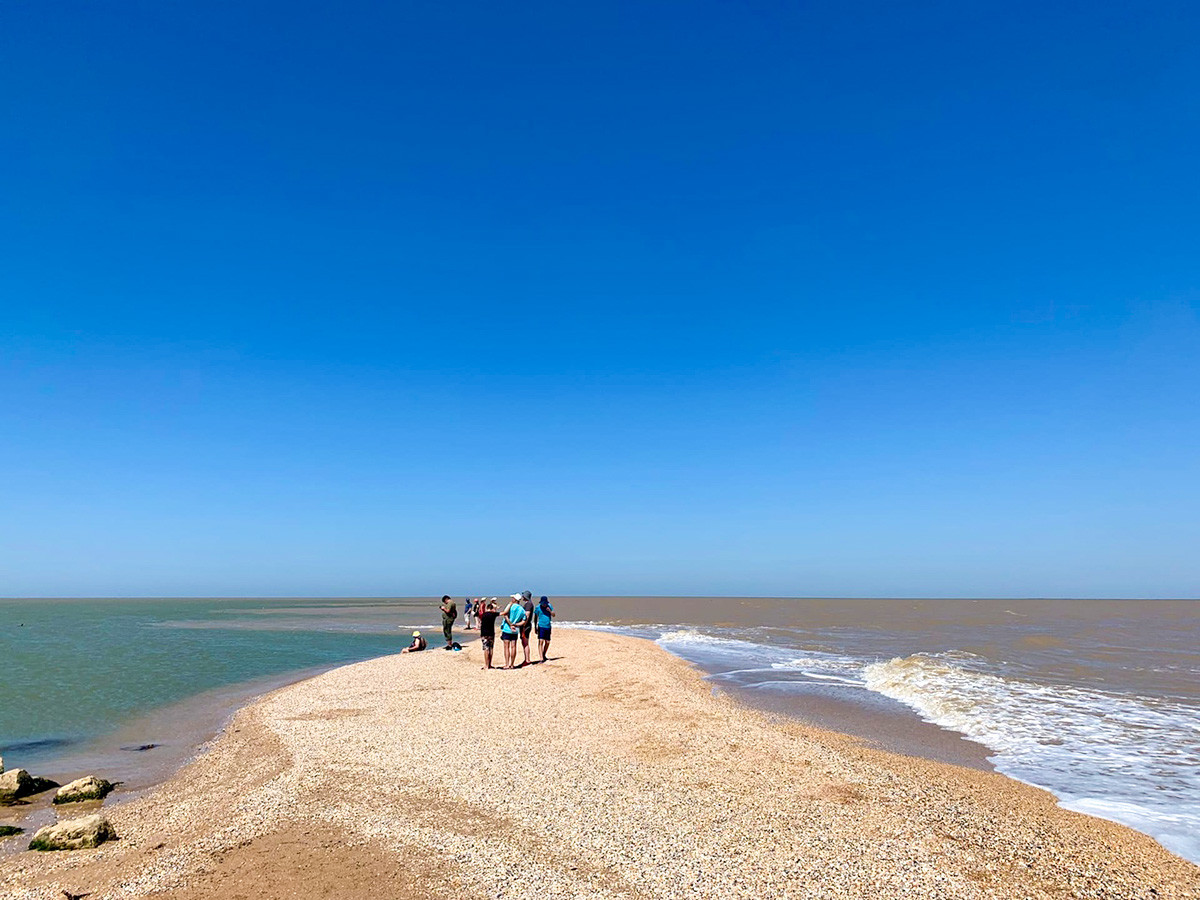 The Dolgaja Spit on the Sea of ​​Azov.

>>> The ten hottest cities in Russia

Thu Aug 12 , 2021
TAMPA — Hillsborough County withdrew a potential lifeline to a controversial home-energy financing program, a year after commissioners voted to kick it out of the county. Wednesday, Commissioner Harry Cohen asked the board to consider restarting a local version of the Property Assessed Clean Energy program, known commonly as PACE, […]