When Haoda “Harry” Wang read the email notifying him that he had been named a 2021 Goldwater Scholar, he immediately went back to bed, the accomplishment not settling in until a few hours later. Wang had been up late the night before working on his research internship with NASA.

Wang, a rising senior majoring in computer engineering and computer science, was one of two USC students named a 2021 Goldwater Scholar, receiving a $7,500 scholarship. The Goldwater Scholarship is aimed towards students intending to pursue a research career in the natural sciences, mathematics or engineering. Wang competed against over 5,000 college students at 438 academic institutions for the award.

Wang’s main research motivation, he said, is “building secure systems that are reliable.”

“It is really cool what you can do with a computer that you don’t really think about on a daily basis,” Wang said. “There’s so much that you could do with it to generate new scientific insights and data that never really was possible before. I’m working on really the foundation of what makes all this other stuff that we do possible.”

Wang initially entered USC unsure of what area of computer science he wanted to do. He knew he wanted to pursue computer science, a field Wang first found interest in at the age of seven. His dad, a physicist, once left a book lying around the house about basic programming.

“I kind of got curious about it because there was nothing to read … It was just the only book in the house and I was completely bored so I was like, ‘I’ll take a look,’” Wang said.

Since then, Wang’s research interests had continued to develop even after he enrolled at USC. During his freshman year, Wang became involved in computer science research at the USC Information Sciences Institute. His first research project involved abnormal attacks on code.

According to Wang, computers can generally be attacked by overwhelming them with false, “garbage” data, whether or not the contents of the code are known. In his work, Wang helped develop a system to find elusive “packets” of data within large piles of “garbage data” that would “break everything” on server computers when received. Through this project, Wang discovered an interest in cybersecurity.

“[Wang] was at the level of experienced master’s students when he started in our lab, even though he was just a freshman,” said Jelena Mirkovic, research associate professor at ISI and Wang’s principal investigator. “He was immediately able to contribute to the first project he was in, and then I assigned him to the second project and wherever I put him, he was contributing and he was moving the project forward. I’ve been very impressed with his work ethic and his skills and his ability to be very proud in his interest and contribute to a number of projects.”

The summer after his freshman year, Wang worked at Sandia National Laboratories, a lab run by the Department of Energy, where he worked with high-performance computing and became interested in constructing secure and reliable computer systems, especially for emergency applications.

Working with such high-quality technology led him back to the basics. According to Wang, foundational technology today, like random-access memory and central processing units, can be unreliable at times, or even untested. Vulnerabilities such as calculation errors and malfunctions can cause problems in emergencies.

“In a life-threatening situation, like you’re a firefighter and the phone or the satellite that you use to communicate with the other firefighters suddenly drops out, that’s a problem, and I thought it would be cool to work on this sort of problem,” Wang said.

Wang worked for NASA full-time from January to August 2020, including with the Mars 2020 Rover for NASA’s Jet Propulsion Lab, before beginning to work part-time until May. He created kinematics simulations, reproducing the flight software on the rover, discovered several critical bugs, and more. With the extra time he had after switching to part-time work, Wang took on some new projects at USC ISI that resembled reverse engineering, or determining the program’s function from its composition.

“Most [projects] were involving binary analysis, where you take the compiled version of a program, and try and figure out what the program does from just the assembly code,” Wang said.

Another binary analysis project Wang worked on at ISI involved binary runtime code that were used in satellites, drones and other autonomous vehicles and translated into mathematical equations.

“He’s been an invaluable asset to the team,” said ISI research computer scientist Luis Garcia, who worked with Wang on this project. “You would think he’s another graduate student, with the level of the skill set that he has and the level of maturity in terms of researching and so on.”

From mid-May to mid-August, Wang will be working on reconfigurable networking circuitry with a lab at Harvard University. His next plans are to apply for PhD programs and work on his undergraduate honors thesis about field programmable gate arrays. Not limiting himself to computer science, Wang looks toward electricity, where he plans to explore how field programmable gate arrays can be programmed to any kind of circuit desired.

“I don’t really limit myself to research questions that are in my field,” Wang said. “There’s a lot to be gained just by seeing something interesting or a weird correlation and trying to figure it out.”

The 3 most expensive sales in junk show history

Wed Jun 30 , 2021
From Tinnef to pompous pieces of jewelry to antique paintings – in the ZDF show Bares for Rares a wide variety of objects are auctioned. Some loft finds cause real price sensations. >> Broadcast dates, stream and Co .: Find all information about cash for Rares Here you can find […] 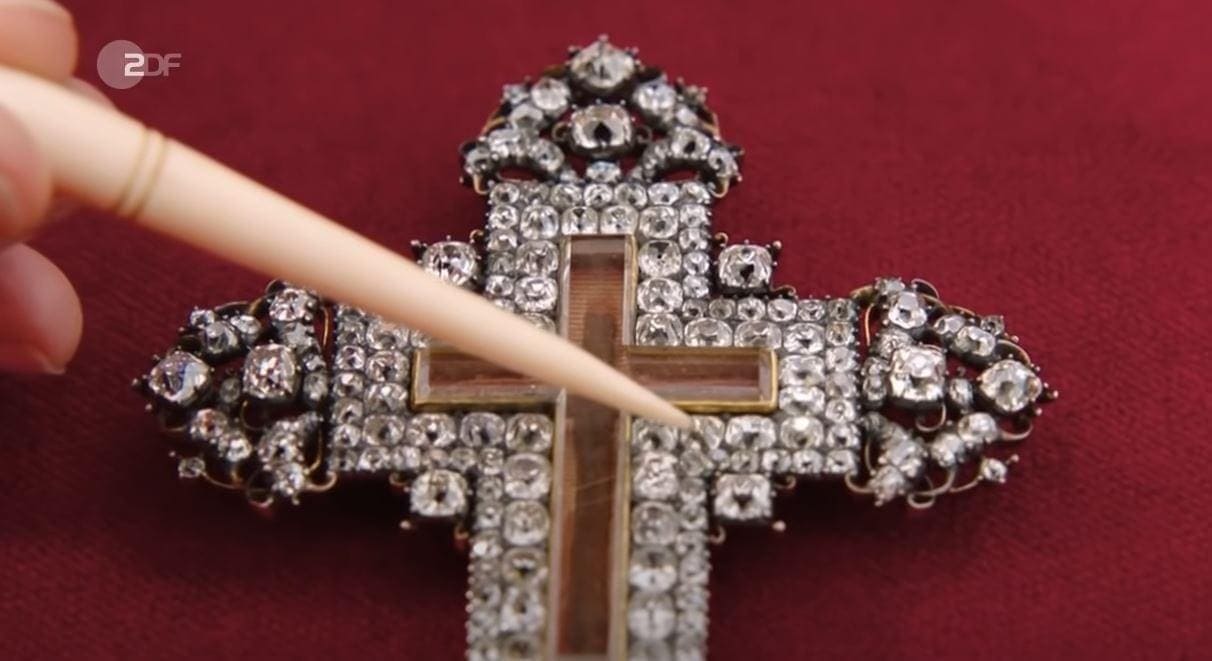