Will it be the most expensive Corvette ever? Mecum Auctions is auctioning a C2 Convertible, which is more than just a successful ex-racing car. It also has the coveted L88 equipment.

D.he bar is high: in 2014 Barrett-Jackson auctioned a 1967 Corvette Sting Ray in Scottsdale for $ 3.85 million (currently a good 3.4 million euros). What made this car the most expensive Corvette to date? Well … an equipment package with the simple name L88. The option at the time of US $ 1,771.15 – the Corvette base price was US $ 4,353 – not only included the legendary 427 V8, but also a reinforced chassis and larger brakes. There was no air conditioning or radio. And those who canceled the heating not only saved US $ 97.85, but also put the sports car on a diet.

An L88 Corvette was therefore the ideal basic model for a privately used racing car. One of these will be auctioned at Mecum Auctions in mid-July – and it will dispute the Corvette just described for the position of the most expensive representative of its ancestral line. At four to five million dollars (a good 3.5 to 4.4 million euros) is the estimated price of the C2 convertible with the starting number 89, which is blessed with quite a bit of patina. A confident announcement at a time when the world is actually dealing with more fundamental things than oldtimers auctioned at top prices. 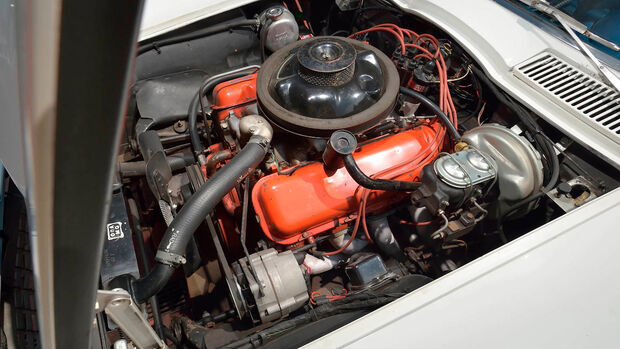 The lush estimate is based on several factors. For example, the incredible racing successes of number 89, which is considered the most successful Corvette racer to date. According to Mecum Auctions, first owner Cliff Gottlob, a very famous engineer and racing driver in Corvette history, and his partners drove the Vette to almost 300 podium places and more than 150 victories – 52 of which are said to have succeeded in series.

A car can hardly be rarer

The extremely detailed documented history of this Corvette L88 is also decisive for the high rating. Everything about this copy was recorded on photos, forms, invoices and the like. The original order form (the car with serial number 21550 was the last 1967 Corvette to leave the factory) and the shipping copy are as original as the tank and window stickers or inspection documents. According to the auction house, this car is also the only Corvette L88 from 1967 that has retained its complete original engine in exactly the same condition as it went into the C2 bow over 50 years ago.

Then the car is also rare. Very rarely. Between 1967 and 1969, only 216 Corvettes with the L88 package were produced. Just 20 of them, like this one, are from the first model year and are therefore particularly popular – also because only they have valve covers painted orange. Then this example is still largely unrestored and is in the same condition as it was in the 1970 24-hour race in Daytona – including minor cosmetic defects. In the motorsport classic, Gottlob and his Corvette with starting number 89 came second in the class and eleventh place overall. 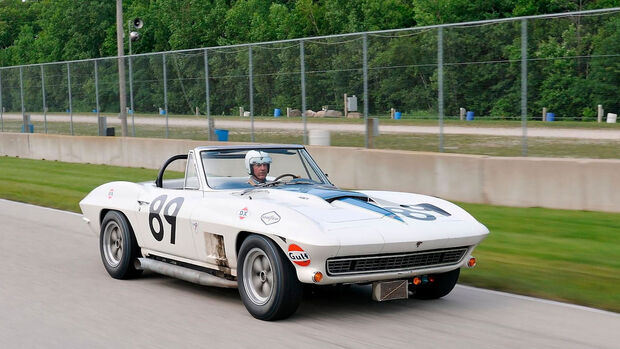 This Corvette is said to have achieved almost 300 podium places and over 150 race victories.

In addition, there is the legendary motor power of the L88 engine. Chevrolet officially certified the seven-liter engine with 436 hp. But it is an open secret that this batch of V8 units delivered up to 560 hp. That should also explain the racing success of this car to a certain extent. Incidentally, the buyer also receives a completely rebuilt L88 engine. Just like numerous parts to restore the racing Corvette to its delivery condition as a normal street-legal convertible or to restore it with the greatest possible penchant for originality.

Over the course of its life, this 1967 Corvette L88 passed through the hands of five owners. In 2013 the racing car was inducted into the Bloomington Gold Great Hall as one of the 50 most important Corvettes, a hall of fame for legendary Corvette models. The car also left its mark on the lawn of the Pebble Beach Concours d’Elegance. And the unbelievable story of this “ultimate Corvette L88”, with which Gottlob often drove to the racetrack and competed for the trophy, was also recorded as a book.

Sure, of course. The incredible history of the car speaks for itself.

No. Neither during the corona pandemic nor in normal times.

Under normal circumstances, this 1967 C2 L88 fulfills all requirements to beat the previous Corvette price record. But is the phase of the corona pandemic really the right one to sell a multi-million dollar car to super-rich collectors? Because that is hard to predict, we’d best just wait for the auction. The moment of truth strikes for the Corvette on Friday, July 17th. Until then, a few should be added to the 150,000 dollars currently on offer on the Internet (as of July 7).

Wed Nov 18 , 2020
C-Level View | Feature Quantum Computing for the Next Generation of Computer Scientists and Researchers A Q&A with Travis Humble Travis Humble is a distinguished scientist and director of the Quantum Computing Institute at Oak Ridge National Laboratory. The institute is a lab-wide organization that brings together all of ORNL’s […]