“You fulla Schiit,” one audiophile enthused.

Why? Well, people who are into Schiit audio components are really into them. Game recognize game, after all.

This post contains affiliate links. Cult of Mac may earn a commission when you use our links to buy items. Read our reviews policy.

Nice laptop, but, whoah, check that Schiit out

The-deluxe sports a MacBook Pro M1 in a fashionable white DBrand Skin displaying on a Lenovo ThinkVision 32-inch ultra-high-def monitor. But folks visiting the post seemed more interested in the audio side of things.

That and some other interesting details, but we’ll get to those.

The “Schiit stack,” in this case, is a Schiit Modi Multibit Digital-to-Analog Converter (DAC) and a Schiit Magni 3 Heresy Headphone Amp and Preamp.

“Honestly my little schiit stack is the best thing I’ve bought in terms of audio and nothing I’ve tried (in it’s price range) compares,” the-deluxe wrote in response to a comment.

A couple of folks wondered how the setup powers the speakers and headphones.

“The Magni has RCA output on the back, when the headphones aren’t plugged [in] it automatically switches to the speakers, the speakers are powered and are plenty loud enough for me. The dac and amp do make a massive difference when it comes to the audio quality though,” the-deluxe said.

The next one, the-deluxe indicated, is built-to-order and on the way.

“Although it’s a solid keyboard I simply cannot get used to the lack of dedicated arrow keys when programming,” the-deluxe said of the doomed Ducky, destined for eBay. “With the rest of my setup being complete I decided to go the whole way and make my own mechanical keyboard – here’s what I went with for anyone who’s interested:

Got all that? Thought not. Yeah, gamers, programmers and all sorts of other folks get super-specific about how typing feels and their related preferences. Old-school mechanical keyboards have plastic switches under the keys rather than membranes. That gives each keystroke more definition.

Some find that especially satisfying — even crucial for certain tasks, like gaming. The-deluxe and commenters go on about it further in the post, but we’ll spare you the minutia.

About that overlooked monitor

In terms of networking, the-deluxe forgoes a dedicated dock because the Lenovo ThinkVision display handles all needs. That is, when paired as it is with a 4-port USB hub and a USB receiver to boost Bluetooth connectivity.

“Everything plugs into the monitor (has 3 USB 3.0 ports and an ethernet port). I have the Logitech unifying USB receiver in one port, the DAC in another and a 4 port USB 3.0 hub which connects to the keyboard, webcam and mic,” the-deluxe wrote in response to a question. “This connects to the MacBook with a USB 3.2 gen 1 cable with 90w power delivery. Everything works really well and the monitor runs at 4K 60hz, honestly, the monitor is a steal for its price.”

Two unusual aspects of the setup are visible in the photo showing the desktop: the odd-looking wrist rest in front of the mouse and the coiled cable connected to the keyboard.

The Carpio Ergonomic Wrist Rest looks like two pieces, but its two raised surfaces sit on one strip. Its maker, Europe-based DeltaHub, says it designed the product with the help of physicians to reduce wrist fatigue.

The coiled cable for the keyboard is an aesthetic preference for some — let’s call them cable management fetishists — and more or less of an annoyance for others.

You can buy them in coiled form, or you can make them. One commenter provided a DIY YouTube video in which a guy demonstrates both the fussiness of the setup connoisseur and how to make a coiled cable for $17 rather than spending $50 on a ready-made one.

“While it’s flexible, it’s very stiff and in my experience impractical. It gets in the way and the benefit is minimal,” another commenter said.

If you would like to see your setup featured on Cult of Mac, send some high-res pictures to [email protected]. Please provide a detailed list of your equipment. Tell us what you like or dislike about your setup, and fill us in on any special touches or challenges.

How Is Digital Marketing Adding Value to Businesses?

Thu Apr 29 , 2021
Share Tweet Share Share Email Over time, digital marketing is becoming increasingly popular and when taking a look at the current digital marketing field, it is easy to see how it is impacting and adding value to businesses all over the globe. It […] 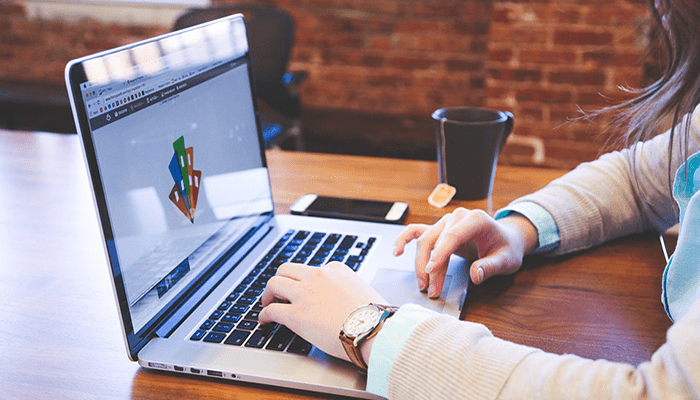