As Jesse Watson — son of Angela Cossell and Richard Watson — prepares to head off to college at Washington State University, with his heart set on studying computer science, the young man credited the COVID-19 pandemic with preparing him for the college years ahead.

It forced him to make the most of every minute, he said.

“I had been doing Running Start in-person, but once it swapped over to online, it was completely on me to determine my schedule, because I could just work on classes whenever I wanted.”

Watson added that he wasn’t oblivious to the value of such a lesson.

“I think that’ll be really important going forward,” he said. “After high school, nothing is just laid out in a perfect set number of hours per day.”.

With an affinity for online gaming with friends, Watson pointed out that before the pandemic hit, he was already poised to work around social distancing protocols.

“I played a lot of Overwatch throughout [the pandemic],” he said. “I mostly played with one of my friends and his brother, because they live nearby.”

As many a PC gamer will attest, the pandemic has spurred a spike in public demand for computer hardware — specifically graphics processing units that can handle the heavy computational demands of modern video games. Fortunately for Watson and his friends, they built their rigs well-before the price surges currently being felt by consumers.

Watson’s luck within the realm of supply-and-demand economics didn’t end there though. The 17-year-old noted around the start of the pandemic, he had been having some trouble getting his hands on a Nintendo Switch. As the consoles became increasingly scarce with more and more folks looking to break up the monotony of quarantine, Watson was finally able to order one of his own.

But when the package arrived, he discovered he hadn’t actually received one of his own.

“They actually sent me two,” he said. “I had been waiting and I had to order it in the middle of the night really quick and I ended up with two!”

Being both a top-notch friend and an enterprising opportunist, Watson capitalized on his good fortune and sold Switch number-two to a buddy.

Eventually though, Watson’s luck had to run out and when it did, it ran out hard.

While visiting with friends in February, Watson noted that someone in the room appeared to have a bit of a cough.

Watson said it eventually dawned on him that one of two things were likely going to happen considering their proximity: “Either I was going to just get a cold, or I was going to get COVID.”

Unfortunately for Watson, it was the latter.

A couple days after the visit, Watson began feeling a bit under the weather. Meanwhile, the young man who had been coughing tested positive for COVID-19 after he lost his senses of smell and taste.

Not long thereafter, Watson lost his taste and smell, too.

“It came on gradually and then all at once,” Watson said.

“It was just so weird because everything you’re eating — usually you can appreciate the flavor — but when you can’t taste or smell, all you can feel is just the texture. So everything becomes like baby food.”

Watson was diagnosed with COVID-19 in late February, but apart from his food losing nearly all of its appeal, his time with the virus was mostly spent without any symptoms of major concern.

Thankfully, he added that his senses of taste and smell have returned.

As he looks back at his time at Chimacum Junior/Senior High School, Watson lauded the work of his AP History teacher Brian MacKenzie for his efforts to make his lessons seem more akin to what students would be finding in college classrooms.

“That was one of the ones I took in 10th grade where it was starting to shift toward more of a college-style class,” Watson said.

“It was really nice having someone who is so good at explaining things walking us through the entire history [of the United States] … And we could actually get a pretty good conversation going. So that was really my introduction into that style of working.”

Looking to the future, Watson said he’s eager to start living on his own and be able to connect to some top-tier web infrastructure.

“I’m very excited to be moving out, to be more independent,” he said.

“Honestly, first of all, my internet is just terrible here and I’d really like that college internet with the fiber optics. It’s going to be really nice to be out of the nest and doing my own thing, because I’ve always been very independent.

“It’ll just be cool to see how it is being far away and mostly on my own,” he said.

Even further into the future, Watson said he was thrilled at the prospect of being able to bring new blood into the world of computer science by creating new interest among young people.

“I’m excited to learn more about the field that I’m interested in, but it’ll also be nice to be able to use my knowledge to actually create useful things for those who share mutual interests with me.”

What trends for ESG products?

Mon Jun 28 , 2021
“We are currently seeing a careful review of how we manage ESG risks. And I believe that as ESG integration continues to be widely adopted, we will see increased interest from regulators and investors in the authenticity and outcomes of how managers take these into account. factors in their process. […] 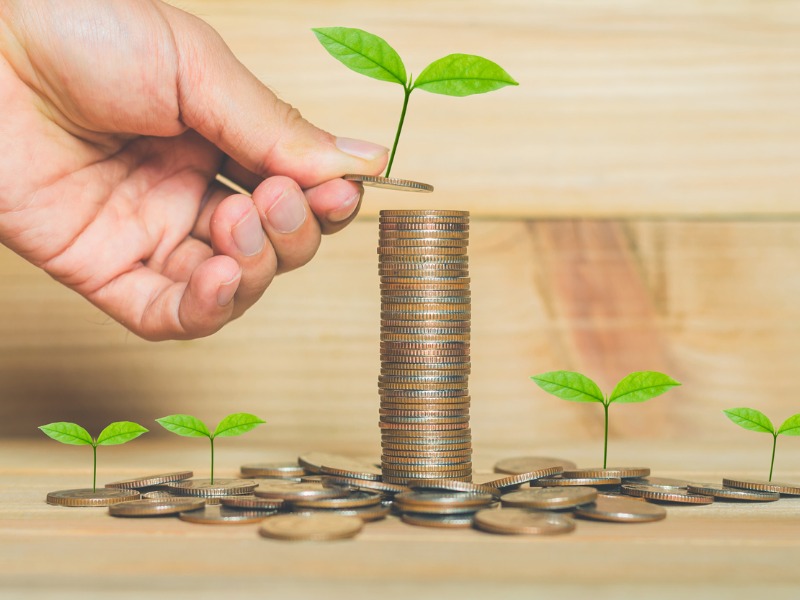