On June 19, RM Sotheby’s is auctioning a collection of rare Rolls-Royce and Bentley from a Liechtenstein collection. Including all Phantom.

What to do when a car collection is complete Smile quietly, be happy and enjoy driving? Quite possible. A great enthusiast from the small state of Liechtenstein has achieved what, according to media reports, no one before him has succeeded: To own one of each of the six series of the Rolls-Royce Phantom. In addition a Silver Ghost from 1920 and a Phantom Coupé from the year of construction 2008. In addition to a representative Bentley selection from the years of construction 1937 to 2008. Now the collection is for sale. All vehicles are in top condition and always ready to drive, explains RM Sotheby’s.

The collection area for vehicles with the winged B on the bonnet essentially covers the Rolls-Royce years from 1931 to 1998. With one exception: Bentley built the Broklands between 2007 and 2011 under VW management – exactly 550 times, by the way. With a top speed of 296 km / h it is a very fast car and was also very expensive in its day. Today the value is between 100,000 and 138,000 euros, estimates the auction house RM Sotheby’s. The most expensive vehicle in the collection is said to be about ten times as much. 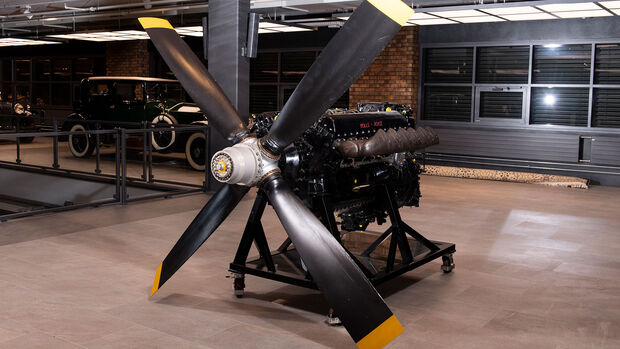 There is also an aircraft engine among the auction items.

A Merlin V12 aircraft engine is valued at 20,000 to 30,000 Swiss francs. This is not uncommon with 150,000 units, but it is a significant part of Rolls-Royce engine history, as it powered the Lancaster and Spitfire during the Second World War. But not this one: It was built in 1946 and powered a De Havilland Mosquito.

RM Sotheby’s will auction the cars on site on Saturday, June 19. The hall in which the collection is housed on two floors was built especially for the collection. Every single one of the cars is in top condition and always ready to drive, explains RM Sotheby’s. In English: “On the button”. Current motorway vignettes for the current year prove the owner’s standard of always being able to drive off and enjoy one of his cars on an exit or show them off during a meeting. With six exceptions, the 25 cars and one aircraft engine are sold “without reserve” – ​​with no reserve price. 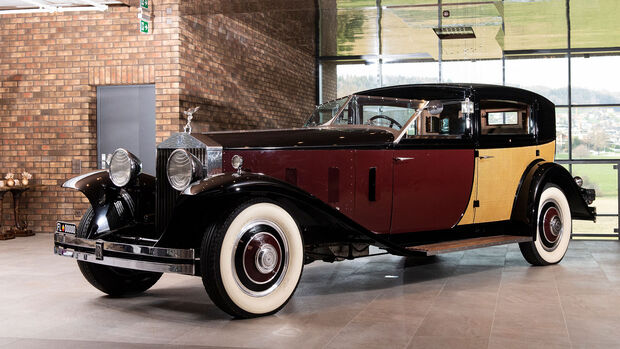 This one-off item is expected to bring in around 1.2 to 1.6 million euros.

However, this does not apply to the most expensive object in the collection, a Rolls-Royce Phantom II Special Brougham by Brewster from 1933. A customer in the USA had the unique piece built according to his ideas. Money was not an issue for the architect C. Mathews Dick. Much the same should apply to the buyer. But that was traditionally the case at Rolls-Royce.

It is not uncommon for crowned heads to be behind the order for a Rolls-Royce. Two of the cars in the collection were once built for Princess Margaret; A Phantom IV was built for them in 1954 and a Silver Shadow Long Wheel Base in 1975. For the Maharaja von Baroda, Bentley built a beguilingly simple Mark VI Drophead Coupé in 1947, which is equipped with very special brocade seats.

Yeah yeah If the car is good, the auction house is reputable and the opportunity is favorable.

No way! It’s way too risky for me.

With the current auction, some of the most remarkable models from Rolls-Royce and Bentley are coming onto the market, which are seldom found together in this volume – and especially rarely for sale to the public.

Why Marketing Is Now Critical in Business

Mon Jun 14 , 2021
If you own a business during a recession, will you cut down on marketing expenses or maintain them? Just like in budgeting, to make money, you either earn more or cut your expenses. Either way, cash outflow should be less. In this recession, the money that goes around is definitely less. […]