Did you fall for these funniest April Fools’ Day jokes? Many favorite food companies brought the humor on April 1. While a few food offerings might have been based in a sliver of truth, the reality is that some ideas had everyone laughing. Which special food product launch made you smile?

After skipping April Fools last year, many food brands went all in on the jokes this year. While no one hopefully mistakenly took a bite of one of these funny food finds, the reality is that everyone could use a good laugh right now.

Food is funny and here are the funniest April Fools’ Day jokes.

Probably one of the first announcements, the pre-burnt marshmallows from Jet Puffed had many people talking. While people will continue to debate which is or is not the perfect doneness of a marshmallow, this product might be a good idea. There are worst marshmallow flavors.

Both part joke and part truth, the Carvel Crunchies aren’t available in stores no matter how much you ask for them. But, there is a special giveaway on April 16. So, this idea is based in truth and sometimes the best food jokes have that little slice of reality.

Everyone knows that Velveeta brings that creamy goodness. When the Velveeta brand offered a skincare line, many people were all in. Plus, the videos were quite relaxing. Cheese is a mood booster, so why not make it part of the skincare routine?

Although hard seltzers continue to be a beverage trend, this new flavor was a little too foodie for some people. Even though pizza beer has been done before, this idea is a little much for the beverage giant. But, the packaging was pretty cool. Maybe there is a pizza and Bud Light Seltzer combo in the future.

While Thanksgiving food can get mashed up on a plate, this combination of Heinz Gravy and Ocean Spray Cranberry is the sauce that had people wonder is cravy craveable? While this idea probably won’t hit store shelves, it should push people to think of new flavor combinations.

Many people love to slather Hidden Valley Ranch on everything. When the food brand suggested a ranch flavored gum, some people felt this idea went a little too far. But, who isn’t to say that mint and ranch could work. Maybe the food scientists need to try this flavor experiment.

If you have enjoyed Wasa crispbread, you know that each bite is about that crisp. For April Fools’ Day, the brand introduced Silent Crisp. No more worrying about enjoying a snack on that call or interrupting a movie. Silent snacking might be the new food trend.

If opening a bag of Jack Link’s Jerky just makes you go while, the Jack Link’s Beef Jerky Cologne might be your signature scent. While this idea was a joke, remember Jack Links did offer a candle for the holidays a few years ago. Jerky cologne might just happen.

Continuing the beverage idea, the Ithaca Hummus Lemon Beet Spiked Seltzer was announced. Many people want to eat healthy, but this idea might be a little too extreme on the ingredient combinations.

In what could be a new Man vs Food Challenge, Yoshinoya Japanese Kitchen offered a ginger pizza. Even the extreme eaters might not be able to handle this pizza topping.

Whether you love them or hate them, PEEPS is always part of the conversation. Unfortunately, this flavor is a little much. Cauliflower is a great substitute for many things, but not with PEEPS.

What was your favorite funniest April Fools’ Day joke? Would you really buy any of these food offerings?

Nike Air Force 1 - do you know how the legend came about?

Sat Apr 3 , 2021
It all began in the American city of Eugene, Oregon, in 1964, where two sports enthusiasts and physical activity fans – Phil Knight and Bill Bowerman, created a brand that changed the course of history forever. The company, which initially only had two employees, has grown into a global giant […] 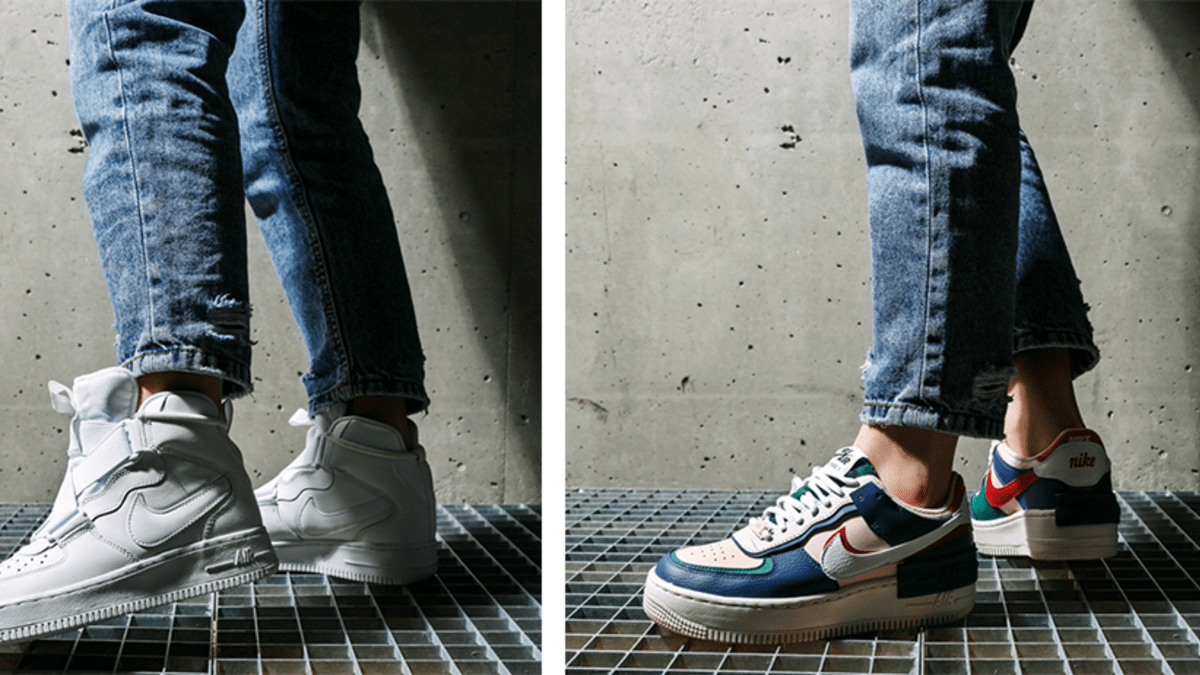