Catering establishments were forcibly closed for months. In the meantime, the doors of many Cologne locations are open again – although some did not survive the crisis, buried their concept or used the time for new ideas.

When walking through the Veedel, at some points you will see a new sight this summer: where there were previously popular restaurants, there are new shops and restaurants in several places. But there is nothing left in others. Some bars and restaurants had to close due to the pandemic.

Since the beginning of the corona pandemic at the end of March 2020, a total of 606 companies in Cologne have been deregistered. This is confirmed by the municipal press office on request from t-online. In total, there are currently 5,211 restaurants in Cologne – 106 fewer than in the period before Corona.

City spokesman Robert Baumanns emphasizes: “We would like to point out, however, that it is incomprehensible whether restaurants were deregistered ‘because of Corona’ or whether there were other reasons.” After all, 500 new businesses were registered in the same period.

Either way, the scene is in a state of upheaval and the people of Cologne have to rearrange their personal “gastro map” a little. We say goodbye once again to ten Cologne restaurants.

“Lights out, end”, with these words the makers of “Zippiri” said goodbye at least to the location in Riehler Straße 73. Looking at the hashtags posted via Facebook, the connection with the lockdown cannot be denied: #nevergiveup, #lockdown and # empty chairs has been there since mid-January. And further: “With a crying eye, but wonderful memories in our hearts, we will turn off the light on Riehler Straße” – the WYNbar, which will remain in Lindenthal, Aachener Straße 259, is a consolation for all fans. The “Zippiri” team continues to offer Sardinian delicatessen dishes there.

The “Brasserie Aller Kolör” was known and loved for its living room concerts in the basement. Especially vegetarians got their money’s worth here. Behind the concept was Daniel Rabe, who runs several restaurants together with his wife Reja. The living room concerts were his idea, Rabe had once also co-organized the Südstadt Safari. Alteburger Straße 15a is no longer orphaned, however, the Rabe family has meanwhile opened the “Bagatelle Bar” there. And, at least that’s what the website announces, it looks like there could be living room concerts there again under this name.

The brasserie became a bagatelle bar, but the owners have not changed here. (Source: Judith Tausendfreund)

“District 10” is the name given to a district of Ho Chi Minh City in Vietnam and this is still an insider tip for good food among locals. In Cologne, the small but fine Vietnamese restaurant in Brusselser Strasse 43 was known by the name. Owner Sao-Ly Nguyen Thi served Banh Mi, Bao Buns and avocado fries here in the middle of the Belgian quarter. There was also wild herb salad and many vegan specialties. She only moved in in the summer of 2019, and at the end of September last year she said goodbye. “We had to close permanently due to Corona,” said the owner.

The name should be the program – but the “European restaurant” did not develop completely without worries. More than a year ago, the doors of “Sorgenfrei” closed at Antwerpener Straße 15. Isabel Wilden and Ronni Hoffmann had chosen the European wines with passion and presented their guests with discoveries, classics, rarities or simply “our favorite wines”. However, the location is not deserted: “Ito Japanese Cuisine” is now at home and offers traditional Japanese cuisine.

Located directly on the Eigelstein, the “Textilcafé” was something very special: There was coffee, breakfast, cake and clothes. Italian fashion, Italian coffee and all of that on two levels: owner Manuela Seck had come up with a lot. But the combination is no longer available at Eigelstein 122, right next to the once legendary Lapidarium.

The upheaval in Cologne’s gastronomy scene is sure to result in further changes in the coming months. This list does not claim to be complete. The “Lai de Hao” at Salierring 38 has closed, but the “Asian Tapas by JuJu & Lu” has moved in. At Friesenplatz 2-8 the “coa Wok & Bowls” has closed, in return the burger chain “Peter Pane” has moved in. The “Kaffeehaus Treibgut” followed the “Tacofee” in Otto-Fischer-Straße 1, the restaurant “Reispapier” is the successor to the “Naans” in Neusser Straße 24. With so much movement there is only one thing left: go out and curious about the city discover.

This café was known for very tasty cakes made by a master confectioner and a somewhat peculiar furniture. One or the other event, readings and live music took place here – but at the beginning of this year Marion Schmitt, operator of the “Café Midsommar” announced the end on Facebook: “Injury bad luck and Corona have done us. We had to close. We have a lot of nice ones I met people, had a lot of nice conversations and there was a lot of laughter. Thank you for that! “, She wrote there.

There will be a café here in the future – as it has been with the “Café Osterspey” since 1919: the pastry chefs Kevin Thomas Kleber and Lea Schlosser are to continue the business under this venerable name.

Once there and back – the French restaurant “Délibon” started out as a food truck and is now back on the road as such. The creators were able to establish a typically French bistro at Sudermanstrasse 12 in between. But in September 2020 Laurence and Peter announced that they were closing the bistro. “Despite the good summer months after the lockdown and government aid, we have not been able to build up enough reserves to get through the winter,” both wrote on Facebook. But there is a consolation for all lovers of crêpes: The initiators have gone “back to the roots” and have now set up a food truck again, most recently at Bartholomäus-Schink-Straße 4.

The young people come first – owner and “inventor” Stella decided in mid-2020 to close her event location with a beer garden and bowling alley. This is also due to her offspring, she wrote on Facebook at the time. But there you can also read: “As a start-up, I should have thrown the gun at the latest in the second lockdown, especially since we mainly concentrated on events.” However, guests can return to Herbrandstrasse 7, as this is where the “Veggie Bagatelle” is now at home. Incidentally, the bowling alley can also be used again. In return, however, the “Ehrenfelder Bagatelle” in Ottostraße 79 was closed. There, in turn, “Haus Eichendorf” is located again.

The sisters Elena and Lysandra develop new ideas – and until they mature, they have closed their concept store. In Venloer Straße 401 you could try Indonesian and Spanish dishes and take in all sorts of home accessories. But in autumn of last year, the two said goodbye to the original idea. Corona is not the reason, but the situation caused by Corona has led to thought – now all interested parties can be excited about what comes next.

A stone’s throw from Rathenauplatz and Aachener Weiher there was the restaurant “Sonder” at Lindenstrasse 93, but the home of Cologne’s “Michelin-starred cuisine without Chichi” no longer exists. The two creators, Carsten and Christian, state that they had decided before the pandemic to want to concentrate more on the design store “Schee”. As a consolation for all those who particularly mourn the “special”: It lives on in book form – as a cookery picture book “Ui”. There is also a successor in the location, the “Trapas” has now moved in and serves Asian, vegetarian dishes and salads.

Sun Jul 18 , 2021
According to Page Six, a newly released bonus clip from “Keeping Up With The Kardashians” was released this week. In the clip, Kim Kardashian is seen telling her younger sister Khloé that the issues she experienced following the Paris robbery began to resurface during the height of the COVID-19 pandemic. […] 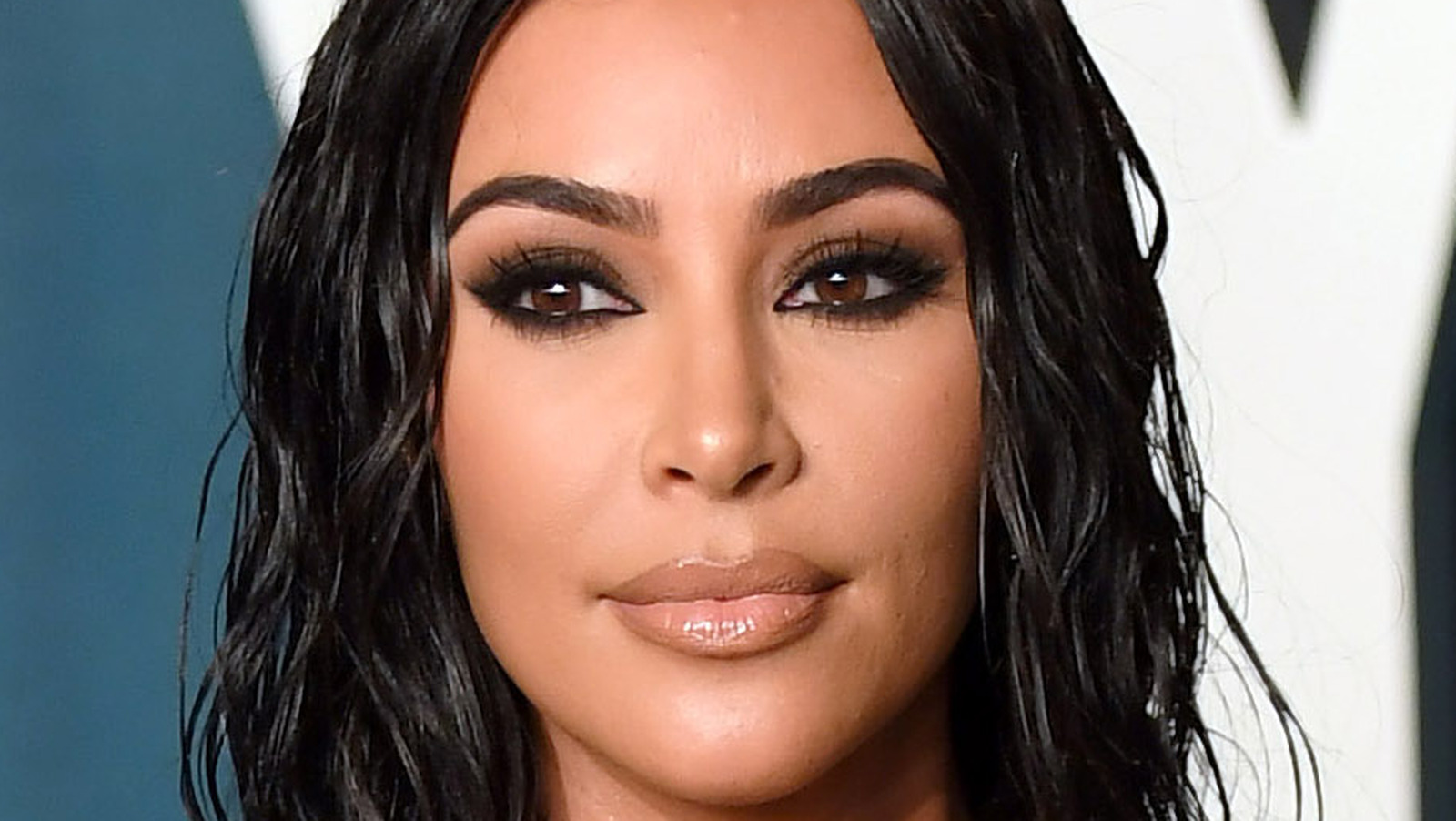